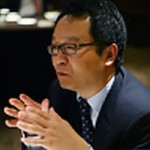 Zhang Jun is Dean of the School of Economics at Fudan University and Director of the China Center for Economic Studies, a Shanghai-based think-tank.
123 >   Total 21 (10 / Page)
Back to Top
CHINA US Focus 2022 China-United States Exchange Foundation. All rights reserved.