The 2020 Biodiversity COP: An Opportunity for China to Lead the World in Conservation 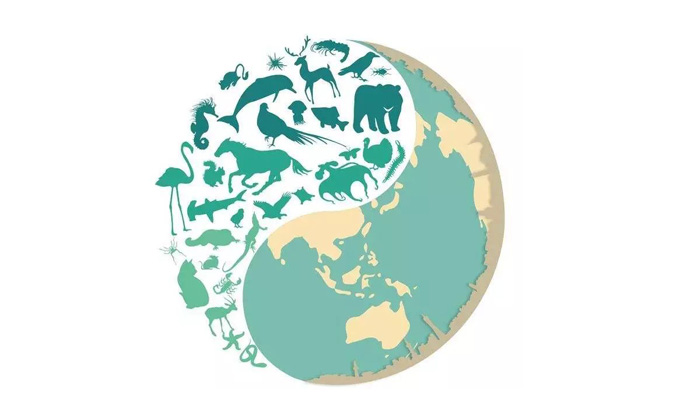 Many experts agree the sixth mass extinction is currently underway. Not since the dinosaurs have species been disappearing as rapidly as they are today, and what’s happening now is the only extinction event ever to be caused by a species: Homo sapiens.

As with many of the world’s ills, biodiversity conservation, or the maintenance of the huge variety of species on Earth, has its own UN convention. This time next year China will be hosting the 15th Conference of Parties (COP) for the Convention on Biological Diversity (CBD) in Kunming, the capital of Yunnan province. Many are calling it the “Paris of biodiversity,” imagining it will be a breakthrough moment for the conservation community to set goals and gain public awareness of the one million species now under threat of extinction from human behavior. Environmentalists are hoping it will be like Paris in other ways as well, namely that the agreement will consider climate change and not just biodiversity.

The CBD was first agreed upon in 1992 at the Earth Summit in Rio de Janeiro. Every 10 years, the 196 countries party to the agreement decide on a new set of conservation targets for the world. 2020 will be the next time such goals are be established. However, the last two rounds have not seen the desired results. Of the 20 Aichi Targets agreed upon in 2010, only a few are on track to be met. Meanwhile, there has been a 60% decrease in animal populations worldwide since 1970. This does not just put obscure ecosystems at risk, but threatens our own food supply and way of life.

There are several major issues on the table for Kunming. The first is setting targets for the next 10 years, as well as a mid-century target for 2050. One proposal is to set the goal of protecting 30% of the world’s land by 2030, an increase from the 17% specified in the Aichi Targets. Delegates also have to discuss how to implement these goals, including financing and aid for developing nations. Additionally, negotiators will discuss transparency and accountability, such as how to measure countries’ progress towards their goals.

China currently has 18% of its land in protected areas, and it has even more marked under the new “red line” system that prevents economic development in ecologically significant areas. These are encouraging developments given that China, home to 10% of the world’s plant species and 14% of its animals, is considered a “mega-biodiversity country.” China needs to move beyond its domestic achievements, however, and act as a champion of biodiversity globally ahead of the Kunming conference. As host, China has the power to set the tone for the conference and to encourage other countries to raise their level of participation. Traditionally, CBD COPs have been attended by environmental ministers and other lower-level government officials, but for significant progress to be made, world leaders need to show their support for conservation. President Xi Jinping can lead by example, and his diplomats can directly encourage other nations to make biodiversity protection a priority.

France provides a good example of how to train the spotlight on a major UN conference, as they did in the years leading up to the Paris Agreement. But the biodiversity community can learn more from the Paris process than just how to increase ambition and garner attention. The biodiversity and climate worlds have long been siloed, with climate change receiving the majority of the attention in the last several years. The two issues are irrevocably connected, however, and in order to effectively address them, we must conceptualize them as such. For one, they have overlapping causes: land use change, which leads to habitat destruction, is the number one driver of biodiversity loss. Land use change also releases CO2 into the atmosphere when trees are cut down and prevents future emissions from being captured. As the climate crisis deepens, extreme temperatures and weather events will make irreversible changes to habitats that will push those species unable to move or adapt to extinction.

Fortunately, the links between the causes of the two problems mean that solutions to one often apply to both, a win-win situation China is well aware of. Nature-based solutions (NBS) to climate change can look like everything from reforestation to using natural wetlands as flood mitigation, or any other measure that helps protect and regenerate key habitats for an array of species while mitigating or adapting to climate change. According to an influential recent study, NBS have the potential to make 30% of the emissions reductions necessary to meet the Paris Agreement by 2030. China was asked to chair the NBS workstream at the UN Climate Action Summit in New York in September and share their considerable experience with reforestation and other solutions. Between 2005 and 2018 China increased its forest reserves by 4.56 billion cubic meters to reach 23% of its land, an effort that has lowered the country’s net emissions by acting as a carbon sink, prevented erosion, and to some extent helped restore degraded habitats. The country has also implemented projects to improve the efficiency of farming practices to conserve water and nutrients and increase the potential of soil to act as a carbon sink.

China by no means has a perfect track record on biodiversity protection. Pollution, deforestation, and poaching have pushed species like the Chinese white dolphin, pangolin, giant panda, South China tiger, and one-horned rhino to the brink of extinction. Reforestation efforts have been criticized for creating monocultures instead of thriving habitats, and Chinese consumer demand for products like ivory is infamous for driving poaching around the world. Nevertheless, COP15 provides an opportunity for China to begin a new era of biodiversity conservation, one defined by coordination with climate adaptation and mitigation efforts, as well as ambition and high-level engagement.