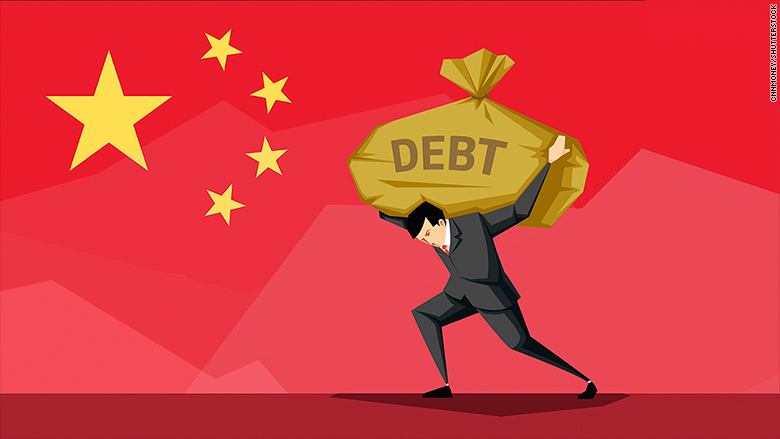 Since 2008, China’s debt issue has been of great concern to the international community. There is no doubt about China’s debt scale and the rapid growth of leverage. However, it is neither reasonable nor objective to judge a possible Chinese debt crisis in view of the above. China’s debt issue should be viewed from the perspective of China’s economic structure and its institutional causes, and needs new solutions.

Fundamentally, any financial crisis is a debt crisis in essence and the government has the responsibility of being the lender of last resort in the crisis. Historically, debt defaults were not isolated events. They often interwove with other factors such as current account deficits, the domestic currency’s overvalued exchange rate, high debt in the public sector, a fiscal deficit, and inadequate foreign reserves.

Since China’s reform and opening up, four big debt issues have surfaced. After 1978, it was the central government’s fiscal deficit after 1978; after 1988, it was the debt chain among enterprises; after 1998, it was the bad debts of financial institutes caused by the state-owned enterprises’bad performance. Since the international finance crisis in 2008, it was China’s rapidly growing debt and leverage.

The most direct index to measure total debt is its ratio to GDP, namely debt leverage or debt ratio. And the leverage is broken down into four parts from the government sector, the non-financial sector, the financial sector and the resident sector. The latest figure from the Bank of International Settlement indicates that China’s total social leverage rate (excluding financial institutions) has gone up rapidly since 2008, from 142% to 257% in 2016. But 2017 saw a downward trend for three consecutive quarters. Now, China’s total leverage rate is slightly lower than the average rate amongst developed countries, roughly equal to that of Britain and the US, but slightly higher than the 237% level of the G20.

In terms of the sectional leverage rate, China’s non-financial sector’s leverage rate in 2016 was about 166.3%, 96.3% higher than that of 2008. Local governments accumulated higher debts through soft control of budgets and financing.

However, it is unfair to judge whether a country’s debt and leverage rate will touch the critical point for risk just from the proportion measurement of “government debt to GDP ratio”. The judgment should be made not only from the “debt side”, but also from the “asset side”. An evaluation made in view of a country’s balance sheet and its sustainable debts is more reasonable.

From the debt side, the sustainability of debt growth should be considered. Because the investment and consumption based on debts can promote GDP, the nominal GDP (per capita) can still maintain positive growth if the debt growth (per capita) is faster than the leverage growth.

Debt issue should be observed from the large perspective of China’s economic structure. A further study of China’s debt structure will also show that although China’s debts and leverage go up very fast, most of China’s debts are not invested in consumption and social welfare like in Western countries. Instead, China turns the debts into fixed asset investments, forming infrastructure and large scale state-owned assets.

Besides, China’s debt issue is a long-term issue related to structure. Take the non-financial sector for example. One reason for the high non-financial sectional leverage rate is the high savings structure. China is one of the countries with the highest savings rate. Families are the main source of net savings while enterprises are the net borrowers. The high savings rate of families means that a large amount of the savings surplus can be turned into investments in enterprises. This is different from the US’ high debt development model of living beyond one’s means. Another reason is the financial capital structure. Enterprises rely more on credit financing than on equity financing. An inversion of debt financing and equity financing can make the entity sectors accumulate more debt.

Therefore, the deleveraging path should be reviewed in the light of the non-financing debts. China’s aging population and the rising production costs will slow the growth of total factor productivity. The era of bounded labor force is over and the high investment return for consecutive years have brought a higher level of per capita capital; a decrease in the investment marginal rate of return is inevitable. Plus with the supply side structural reform, the debt risk of Chinese entity economic sector is expected to dissolve gradually.