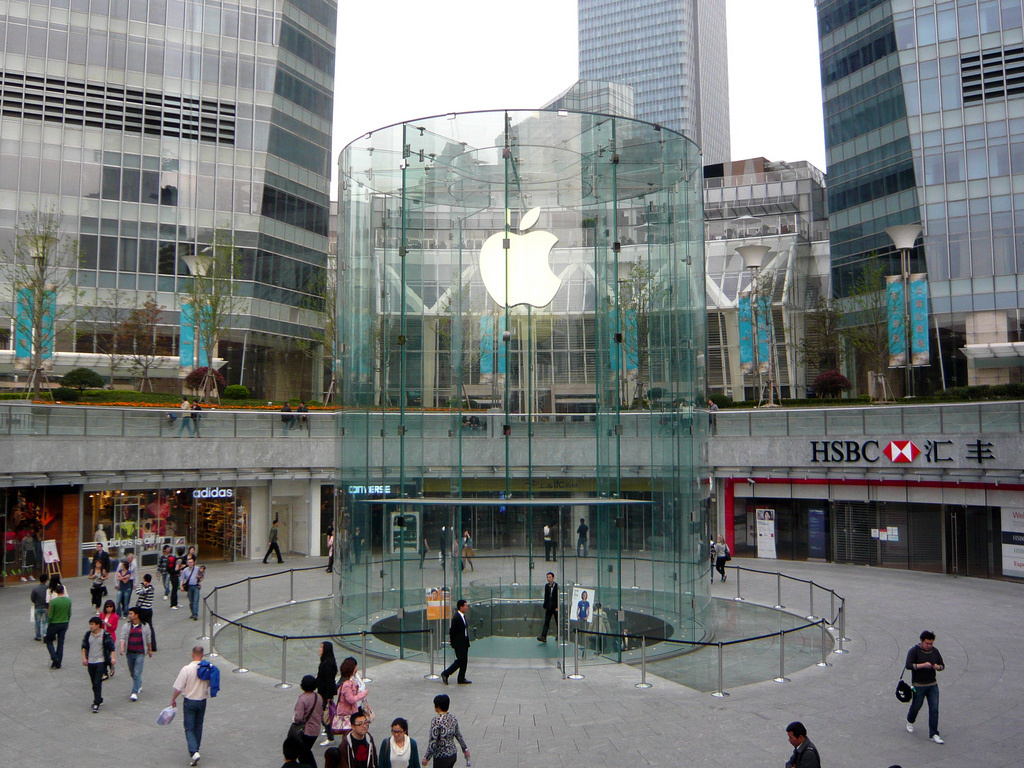 Apple made headlines this last Wednesday when it announced that it failed to meet revenue expectations for the previous quarter. Expected revenue for the company fell by around $4.3 billion, a five percent drop from the same quarter last year. Stock markets were quick to react to the news, with Apple’s stock dropping 10% after the announcement. The revision came amidst a general decline in stock prices, with fears of a global economic slowdown mounting. Apple’s failure to meet sales expectations in China, along with other warning signs, suggests that the Chinese economy is slowing down. And as China acted as one of the main engines of the global post-2008 recovery, this spells trouble for the global economy.

Apple CEO Tim Cook explained that the drop in the company’s revenue is fully explained by the multi-billion dollar decline in sales in China, Hong Kong, and Taiwan. China is Apple’s third largest market, with a growing upper class with the disposable income to buy Apple’s expensive phones and laptops. The Trump administration has thus far exempted smartphones from the extensive tariffs that it has placed on goods made in China, including Apple’s iPhone. The Chinese government has not taken retaliatory measures aimed at raising the price of Apple’s goods in China. Nevertheless, Cook asserted that U.S. tariffs on China contributed to Apple’s difficulties by increasing pressure on Chinese consumers and creating instability in global markets. Apple had previously pressured the U.S. government to abandon tariffs on a number of its Chinese-manufactured products, arguing that they would hurt American consumers.

As some commentators have noted, Apple’s revenue reports offer a troubling source of insight into the state of the Chinese economy. Apple is not alone in its woes. Retail sales and auto sales in China were both down in December, along with a reported decline in factory orders. The explosive growth in real estate prices in China over the last decade fueled a boom in speculative real estate investment. Some areas are showing signs of a glut in the real estate market. All of these are signs of a weakening economy, and analysts are right to suggest that the Chinese government’s official growth numbers seem harder and harder to believe. This week, the People’s Bank has responded to concerns by easing reserve requirements in hopes that banks will issue more credit. Again, this is a sign of serious concerns about the health of China’s economy at the highest levels.

In response to the crisis of 2008, China’s government embarked on a massive stimulus program, relying on significant deficit spending to finance infrastructure projects and real estate development. This choice was not without its drawbacks. The investment programs fueled unrest by incentivizing corrupt land grabs by local officials and real estate developers, and led to the creation of infamous ‘ghost cities’ as part of the housing boom. As David Harvey pointed out, China consumed more cement between 2011 and 2013 than the United States consumed in the entire 20th century. This should give some idea of the staggering scope of China’s domestic investment programs.

This deficit spending propped up economic growth in China and in the rest of the world. The developing world accounted for the large majority of global economic growth in the wake of the Great Recession, and China made up a substantial portion of this growth. The demand generated by countries like China is thus responsible for whatever anemic economic recovery has been experienced in the United States, Europe, and Japan. This is why the looming slowdown in China is such a problem for the global economy.

It should not be so surprising, then, that warning signs are flashing for the rest of the global economy as well. 2018 was the worst year for stock markets since 2008, punctuated by a series of sell-offs followed by moderate recoveries. In and of itself, this was not surprising either, as markets had attained astronomical valuations as a result of the easy credit and market interventions provided by the world’s central banks in the wake of 2008. But other troubling indicators are looming as well. One index showed that expansion in the U.S. manufacturing slowed in December. The yield curve on U.S. treasuries – one of the most reliable indicators of future recessions – inverted in December, suggesting a recession is likely within six to twenty four months. In the midst of an ongoing trade war between the world’s two largest economies, the stage does seem to be set for some kind of global economic slowdown.

It remains to be seen whether these warning signs will have any impact on the continuing trade negotiations between the U.S. and China. If tariffs are seen to be causing economic stress – and it seems like they are – there should be greater incentives for the U.S. and China to come to a more lasting agreement. At the same time, China may be less likely to abide concessions to the U.S. if it fears they will negatively impact an already-weakened economy that needs further protection. And expecting rational negotiating behavior from the current U.S. administration seems overly optimistic. For now, we will have to prepare ourselves for what look like increasingly rough seas ahead.

China’s Economy
printTweet
You might also like
Back to Top
CHINA US Focus 2023 China-United States Exchange Foundation. All rights reserved.