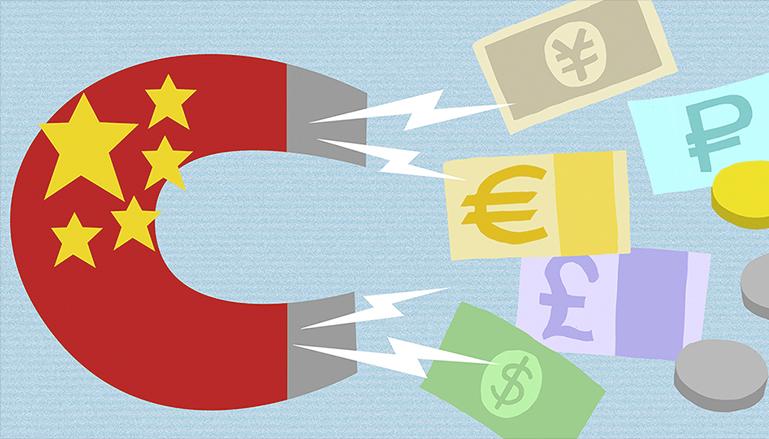 Despite persistent fear about bubbles bursting, China’s economy continues to grow. Still, even the Xi government appears to realize that the good times might not go on forever. President Xi Jinping recently emphasized the importance of financial stability, calling it a matter of national security.

However, Beijing business and banking regulators have begun to crack down on the Gray Rhinos and other over-extended firms. Anbang’s chairman was detained last month. State banks apparently have begun to more closely scrutinize corporate loan requests. The Xi government’s new attitude also reflects a desire to keep money at home under state control: cash fled after the 2015 Shanghai stock market crash and Beijing spent nearly a trillion dollars in foreign exchange reserves to support the value of the yuan.

Rather than devote so much money to such a dubious objective, the People’s Republic of China should reform policies to attract more foreign investment. Although the PRC doesn’t need foreign funds as much as before, given the availability of domestic capital, more money invested from whatever source continues to benefit the Chinese economy. Especially useful would be more cash coming in at a time when the government was concerned about too much money going out.

The Hinrich Foundation recently released a report on the impact of Western investment on China. The results are particularly important since the once large welcome mat for foreign enterprises has shrunk considerably. Noted Hinrich: “American businesses report that protectionist policies, unclear regulations, policies that favor domestic companies, stalled reforms, and what some termed selective enforcement of laws against U.S. and other foreign companies (or at least the reporting of incidents) have made many U.S. companies feel unwelcome in China.”

Although China’s National Bureau of Statistics estimates the amount and impact of foreign investment, the Hinrich Foundation believes Beijing’s numbers understate the role of Western money. For instance, estimates of U.S. foreign direct investment through 2015 range from $75 billion to $228 billion. The lower number ignores possible U.S. investment through third countries.

Moreover, the simple FDI number does not capture the ultimate impact of invested capital. Majority-owned American firms in 2014 employed 1.67 million people and had sales of $341 billion and value added of $66 billion, almost 30 times U.S. FDI that year. For all U.S. affiliates the combined payroll was more than two million and sales were $470 billion.

Hinrich expanded its analysis “to estimate the impact that U.S. companies have on China through their investments, their own operations, their ripple effect through supply chains, their impact on downstream distribution, and the consumer spending of the relevant employees.” The resulting numbers are even more impressive.

For instance, majority owned enterprises have a value added of $310 billion as of 2014 and cumulative value added since 1979 of $1.8 trillion. The former is 131 times the U.S. foreign investment in 2014. The cumulative value added was 30 times the investment. In 2014 16.7 million jobs were added, about 2.1 percent of total Chinese employment. The GDP impact averaged 11 times the net income of majority-owned U.S. firms from 2005 to 2014, “indicating that while the U.S. affiliates have benefited from their presence in China, China’s economy has benefited far more.”

All American foreign affiliates resulted in $435 billion in value added in 2014 and $2.6 trillion cumulatively. In that year the value added from U.S. investment accounted for 4.2 percent of the PRC’s GDP. The respective multiples of foreign direct investment were 184 and 42. Employment added was 22.8 million people, or 2.9 percent of Chinese employment. Here, too, the GDP increase was about 11 times the net income of the enterprises concerned.

Hinrich applied the same analysis to individual firms. For instance, in 2014 P&G had about $6.4 billion in sales and $5.5 billion in distribution chain mark-up in China. The company accounted for $11.3 billion in value added and 612,000 people employed.

Even these numbers, however, understate the benefits of U.S. investment in China, contended the Foundation. Simple economic measures miss some of the most important advantages. Examples, explained Hinrich, include: “the value of the presence of U.S. affiliates to consumers and business customers in China, the value of U.S. company sourcing activities in China, modernizing and creating industries in China, creating supply and distribution channels in China, expanding R&D capabilities in China, improving business practices and standards in China, improving the financial sector in China, bringing modern management training to China, integrating China into regional and global management systems, providing technical assistance in China, enhancing sustainability practices in China, shaping the CSR landscape in China, and providing policy advice and advocacy for China.”

At a time when Beijing seems inclined to turn inward economically, emphasizing state control and punishing foreign investors, American firms should point out the obvious economic benefits of attracting outside capital. Foreign direct investment could prove to be even more important as the Beijing authorities attempt to slowly deflate the economic bubble resulting from the artificial infusion of public capital through state banks. American and other foreign firms could create some of the jobs necessary to employ Chinese workers who have come to expect a better life—and are likely to protest if that future does not materialize.

The global economy has come to rely on vibrant Chinese growth. But double digit annual rises are gone forever and continuing strong increases no longer are guaranteed. As Beijing attempts to address the serious problems of artificial stimulus, bad loans, and dubious investments, China should adopt reforms to reinvigorate its appeal as a profitable location for foreign investment. The Hinrich Foundation report illustrates the significant benefits of past capital flows from overseas. The future could be even better for investors and China alike.