China’s Economic Reform Process is Not Slowing Down 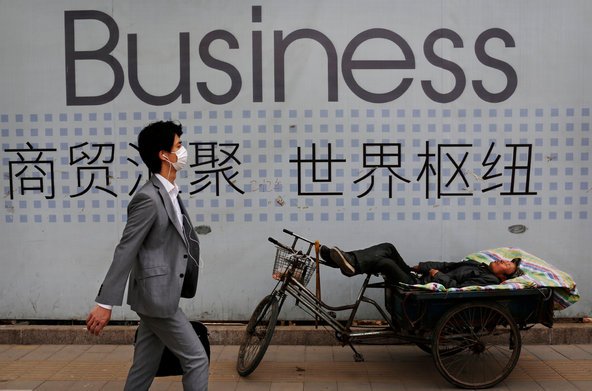 As the pivotal 19th National Congress of the Chinese Communist Party (CCP) unfolds, questions are again swirling concerning the pace and efficacy of Chinese economic reform. Many observers note that President Xi Jinping’s opening speech at the Congress did not spell out major new economic reform initiatives. Moreover, critics argued that during his leadership over the past five years, the progress of Chinese economic reforms either stalled or even backtracked.

The basic nature of the goals and processes of economic reform in the People’s Republic are often fundamentally misunderstood. The Associated Press, for instance, noted “China's Conflicted Goals: Freer Markets, More Party Control,” while Bloomberg’s headline read “Xi’s Grand Vision for China Prioritizes Party Power Over Reform.” These analyses correctly state that party officials are tightening their control over state-owned enterprises. The CCP is, in fact, seeking to insert itself more forcefully in the economy, establishing party cells in private and foreign owned enterprises.

Yet, such concerted efforts to enhance party-state control over major aspects of the economy (as well as over society and culture) are not new. The building of party and state capacities while economic liberalization is undertaken constitutes a hallmark of Chinese economic reform. It expresses the unique combination of vibrant private entrepreneurship exposed to market competition that drives China’s economic growth bottom-up, juxtaposed with a Leninist party-state that seeks to guide and shape this dynamic.

Early during the reform process in the 1980s and 1990s, many reform policies were undoubtedly bolder. They also had a much greater potential to destabilize major aspects of the Chinese economy. This was due to the nature of reforms: transitioning from a centrally planned economy under full state control to a market economy with both private and state control is a messy process. As China’s economy grew and became more market-oriented, more internationally integrated, and overall more complex, reform policy has simultaneously become more cautious, aiming to avoid a major destabilization of the economy at all costs.

Nonetheless, the basic nature of the Chinese reform process remains in place. Throughout the reform process the CCP and Chinese state formations reacted to the emerging private sector and the growth of market forces by enabling further reforms. But reforms were seldom wholesale and visionary. Rather, an experimental approach has been employed to tackle every major challenge, from the establishment of a market economy to the privatization of collectives, such as the Township and Village Enterprises. And this approach continues with more recent efforts at financial reform and the internationalization of the yuan.

One result of this is a highly hybridized method, often intermingling market-oriented, rules-based, inter-personal networked, as well as more purely statist approaches. This eclectic outlook has been paired with a consistently deliberate, cautious pace of change that avoids radical departures from the past. Evidently, China’s approach contrasted markedly with the more idealistic “Big Bang” reforms undertaken in Eastern Europe and the successor republics to the Soviet Union, most of which generated dire economic consequences.

Put differently, the Chinese party elite consistently pursue work-around solutions. Reforms continue to aim at liberalizing the economy and building modern regulatory frameworks akin to those found in advanced industrial economies. However, throughout the reform process the overriding goal remains the same: ensure continued control over the economy by the CCP party-state. Hence, for Chinese reformers, “freer markets and more party control” is not a contradiction; it is a necessity.

In the final analysis, the consistent discovery of work-around solutions aimed at assuring state control while liberalizing and enabling capital accumulation was made possible by a consciously experimental approach. State-centric development planning was paired with dispersed local initiative. Every major policy initiative, such as the liberalization of foreign trade and investment, state sector reforms, and the privatization of collectives was first tested with a variety of pilot projects, experimental regulations, as well as geographically-defined special economic and industrial zones.

These experimental trials allowed bottom-up entrepreneurial and market pressures to often move ahead and trigger nominally illegal or unsanctioned behaviors. Over time, though, some originally illegal behaviors were formally integrated into local experiments and coordinated by local and central state formations, leading to continuous institutional adaptation.

This approach further meant that the state planning system transformed to incorporate a tiered hierarchy of policy oversight, mid-course plan evaluations, and systematic top-level policy review. The planning system thus remains central in creating space for localized experiments, while scaling successful experiments to provincial and national levels. Since this approach has left ample room for local ingenuity, learning, and ad hoc tinkering to work out problems, it has been rather successful over the past four decades.

As all Party Congresses of the CCP, the 19th is mainly focused on the reshuffling of top personnel and the laying out of a grand politico-ideological vision for the country. The more nitty-gritty economic reform details are often left to the meetings preceding the National People’s Congresses and, especially, the CCP Central Committee’s Plenary Sessions. As happened after the Third Plenary Session of the 18th Central Committee held in November 2013, significant economic reform proposals are likely to be announced in the coming months and years.

Economic reform thus remains ongoing and significant in China. Some initiatives are quite bold, such as supporting an innovation economy and moving towards alternative energy transportation. Others have been consistent and ongoing for a long time, including financial reforms that seek to liberalize interest rates, regulate shadow banking, and create more competition in the sector. Finally, some of the most difficult reforms, especially those that affect whole cities and large numbers of workers, have been quite slow to garner heft. This includes the “supply side” reforms announced to tackle industrial overcapacity and the deleveraging of the corporate sector. Admittedly, these are being implemented in a very gradual, even sometimes glacial, manner.

This plethora of reform initiatives with different characteristics, speeds, and logics reflects the enormous challenges China faces in its economy. Yet, for most Western analysts, reform implies economic liberalization, deregulation, and privatization to give market forces and private enterprise greater sway. These policies form part of China’s objectives, but are constantly paired with efforts to enhance and refine state control under the guidance of the CCP.

The 19th CPC Party CongressChina’s EconomyChina’s Reform
printTweet
You might also like
Back to Top
CHINA US Focus 2018 China-United States Exchange Foundation. All rights reserved. Disclaimer