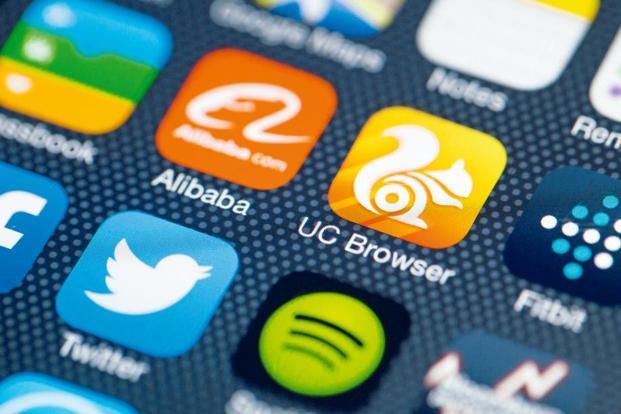 Over the past four decades, China has gone from being a low-wage supplier to one of the three most important links in the global value chain, alongside the United States and Germany. Despite growing concerns about China’s corporate debt – which is now close to 170% of GDP – and its ability to escape the middle-income trap, rapid digitization will allow the Chinese economy to continue moving up the value chain.

Following its strategic “opening up” almost 40 years ago, China provided an abundant source of cheap land and labor, which enabled it to achieve economies of scale in consumer manufacturing. Then, as China moved toward middle-income status, it became a major consumer market in itself.

In 2012, China’s current leaders recognized that the country’s “demographic dividend” had run its course: the Chinese economy was reaching its “Lewis turning point,” the stage at which its surplus labor supply would be exhausted, and wages would start to rise. And, at the same time, the “opening-up dividend” was also reaching maturity, and encountering protectionist barriers around the world.

China can still tap new markets through efforts such as the “Belt and Road Initiative,” but at a considerable cost. Ultimately, sustaining rapid growth requires continuing to move up the global value chain, by implementing further economic reforms and focusing on new technologies.

The Chinese government’s 13th Five-Year Plan (2016-2020) reflected its commitment to market allocation of resources and lowering the costs of doing business. And in 2015, the authorities’ “Made in China 2025” and “Internet Plus” initiatives signaled a determination to take the country’s manufacturing base into the Internet age. Together, the two plans aim to integrate artificial intelligence (AI), robotics, and social media into manufacturing processes, and to digitize China’s economy and society.

Since 2015, China has taken the lead in e-commerce worldwide, with online purchases accounting for 18% of total retail sales, compared to just 8% in the US. China’s three leading tech platforms – Baidu, Alibaba, and Tencent – have grown to the point that they are beginning to compete with US-based global tech giants such as Amazon, Apple, Facebook, Google, and Netflix.

Moreover, according to iResearch, mobile payments in China already amount to $5.5 trillion, roughly 50 times that of the US. In most Chinese cities, electronic-wallet apps on mobile phones are replacing cash as the primary method of payment.

China’s leap into the digital age was facilitated by a combination of physical and digital technologies and new business models. According to a recent study by Bruegel, China already spends more on research and development, as a percentage of GDP, than the European Union; and it now produces as many scientific publications as the US and more PhDs in natural sciences and engineering. And, by streamlining the exchange of information and facilitating coordination of complex tasks, the Chinese social-media app WeChat – with 938 million users as of the first quarter of 2017 – has contributed to previously unimaginable productivity gains.

According to the Boston Consulting Group, Chinese e-commerce platforms’ business models have evolved differently from those in the West, as they have responded to Chinese consumers’ rapidly increasing spending power and enthusiasm for innovation. Having been encouraged by the government to experiment with Internet-based business models, Chinese firms are upending traditional practices. And this is happening so quickly that even the government now feels pressure to catch up, by adopting new technologies such as blockchain and AI.

E-payments are a key factor in lowering business and transaction costs in China, because they improve efficiency in the retail sector, where prices can still be higher than in the US even when the products are made in China. But the emergence of fraud and the failures of some peer-to-peer (P2P) platforms point to the need for tighter regulations to maintain systemic stability.

As more activities become digitized, China’s integration into the global value chain will increasingly occur in digital spaces. Chinese producers can use 3D printing, robotization, and Big Data and AI applications at the local level, while still tapping into global markets and sourcing ideas and skills from abroad. There are now endless possibilities for dividing production and consumption into separate stages. But this also implies that the new digital economy’s many successes will be accompanied by many failures.

Indeed, Chinese policymakers will have to confront various “digital dilemmas” in the coming years. Many public utilities in China – such as airlines, railways, ports, and telecommunications – are single-product entities administered by state-owned enterprises (SOEs). Yet the new tech giants are multi-product, omni-channel platforms that cut across all sectors, including production, distribution, payments, and, increasingly, wealth management.

As in a game of Go, China’s leaders need to move the country’s pieces – that is to say, effect change in the SOEs’ business models – in the right place, at the right time, and in a coordinated fashion. Superficial complaints about the slow pace of SOE reforms ignore the strategic challenge of creating productive competition between SOEs and publicly listed tech giants in the digital space.

SOE managers can credibly argue that heavy regulations place them at a competitive disadvantage, and that the tech giants are eating their lunch by free-riding on state-administered telecommunication, transportation, and financial channels. The tech giants, meanwhile, argue that if they could just move faster into inefficient production and distribution areas, not least mobile payments, productivity growth would accelerate.

Another dilemma is that digitization is good for consumers, but possibly bad for employment and social stability. In a “Digital China,” there will necessarily be winners and losers. But the sooner displaced workers can adapt to new realities, the healthier the system will be.

China’s transformation into a knowledge-based economy occupying a central position in the global value chain will ultimately yield a “reform dividend.” But as exciting as that transformation will be, it will also be dangerous. Never before has an economy so large undergone such far-reaching change so quickly.

GDPChina’s EconomyInformation Technology
printTweet
You might also like
Back to Top
CHINA US Focus 2018 China-United States Exchange Foundation. All rights reserved. Disclaimer