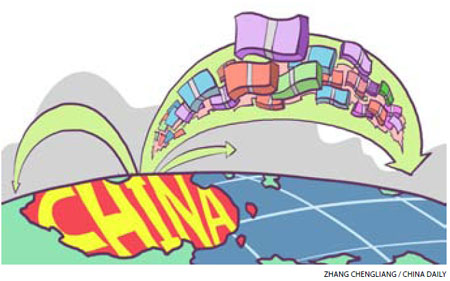 China has achieved some four decades of rapid economic growth. But one powerful source of growth has yet to be fully tapped: urbanization. Now, the potential of megacities as an engine of dynamism and increased prosperity is finally getting the high-level attention it deserves.

Over the last decade, China has been working to shift from a manufacturing-led growth model fueled by low-cost labor to an innovation-led, higher-value-added model underpinned by strong productivity gains. Urbanization will be critical to facilitate this shift, not least by enabling economies of scale.

Currently, though China is the world’s most populous country and its second-largest economy, only half the population lives in urbanized areas, and less than 10% reside permanently in megacities. And the country’s urbanization rate remains well below the global average.

In the 1990s, the small city of Kunshan became China’s leading center for manufacturing electronic products. By integrating themselves into global supply chains, small cities in Guangdong province – including Dongguan, Huizhou, Shunde, and Zhongshan – have played a critical role in establishing China as the “Factory of the World.”

But while the success of smaller cities is to be celebrated, it is China’s megacities where the greatest potential to fuel future progress in productivity – and thus GDP growth – is to be found. So far, China has just four “first-tier” cities (with populations exceeding 20 million): Beijing, Shanghai, Guangzhou, and Shenzhen.

Given the size of China’s population and economy, that is not a lot. And, in fact, there is no reason to believe that these megacities have reached their capacity, in terms of population or contribution to economic growth. Moreover, China has many dynamic second-tier cities – such as Chengdu, Tianjin, Hangzhou, Wuhan, and Suzhou – that are capable of reaching first-tier status, if given the chance.

In order to maximize the potential of China’s cities, the government will need to be much more adaptive and flexible, especially regarding its notoriously strict control of urban land-development ratios. In particular, China must abandon its land-quota system, which not only limits the amount of land cities can develop for future productivity growth, but also allocates a disproportionate share of land to factories. Otherwise, urbanization will continue pushing up already-high housing costs, but not efficiently enough to power sustained growth and development.

The good news is that local governments are already working with the central government to alleviate or even eliminate existing administrative constraints. In China, cities’ administratively defined boundaries include both urban and rural jurisdictions, with the latter – called the “county” – engaged mainly in agriculture. For example, about half of Shanghai’s administrative jurisdiction of 6,340 square kilometers (2,448 square miles) is rural.

Another strategy for advancing China’s transition toward a city-led growth model is to expand the role played by urban clusters that leverage the strength of first-tier cities to boost growth in less-developed areas. From an economic standpoint, the Yangtze and Pearl River Deltas – which encompass megacities like Guangzhou, Shanghai, and Shenzhen – are undoubtedly the most important such urban agglomerations, set to generate the higher future productivity gains from economies of scale and complementarity.

Here, too, China’s leadership has already caught on. This past March, Chinese Premier Li Keqiang announced a plan for the development of a city cluster in the Guangdong-Hong Kong-Macau Greater Bay Area, which covers nine cities, including Guangzhou and Shenzhen, as well as the special administration regions of Hong Kong and Macau.

From 2010 to 2016, the annual GDP of the Greater Bay Area soared from CN¥5.42 trillion ($82 billion) to CN¥9.35 trillion ($1.42 trillion), making it the world’s third-largest urban economy, after Tokyo and New York. Yet the population of the Guangdong-Hong Kong-Macau Greater Bay Area is growing fast, and its GDP per capita is less than half that of Tokyo, suggesting that its potential is nowhere near depleted.

Moreover, China’s leaders seem to be eyeing a second greater bay area, centered on Hangzhou Bay, which, because it overlaps with the Yangtze River Delta, could go a long way toward integrating that already-prosperous region. Such a cluster could cover the coastal megacity of Shanghai, as well as about ten more important cities across the Zhejiang and Jiangsu provinces. It would include world-class ports, such as the Port of Ningbo-Zhoushan (the world’s busiest in terms of cargo tonnage). And it would cover two of China’s 11 existing free-trade zones. The result would be a bay area on the scale of San Francisco and Tokyo.

The pace of China’s economic growth over the last four decades has been unprecedented. But China has yet to complete its rise to rich-country status. As it upgrades its economy to become more knowledge-based and technology-driven, it is again leveraging its strengths. There is no better example of this than the ongoing effort to tap the potential of megacities.

GDPChina’s FDI PolicyChina’s Economy
printTweet
You might also like
Back to Top
CHINA US Focus 2018 China-United States Exchange Foundation. All rights reserved. Disclaimer