China has recently been building like crazy in Ethiopia, putting up roads, windmills, a dam, and a tramway. Now, Chinese contractors have connected the landlocked nation to the sea by building a railroad across neighboring Djibouti to the ocean. The track, which is 460 miles (736 km) long, will carry most of Ethiopia’s exports – the bulk of which is coffee – to port. This development promises to be a significant improvement over the current situation, where 90% of the country’s exports travel 2 days across a pothole-filled road over which 1,500 trucks pass daily. 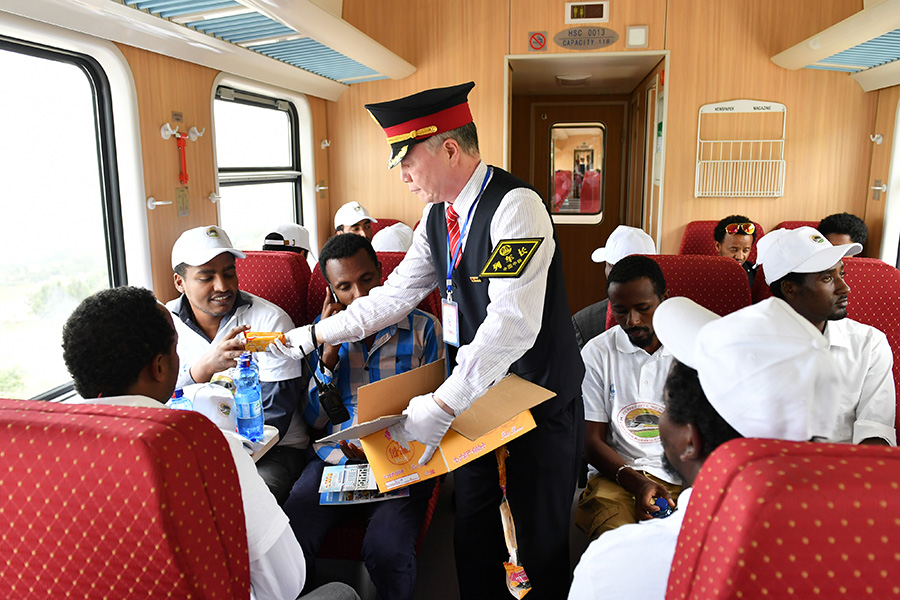 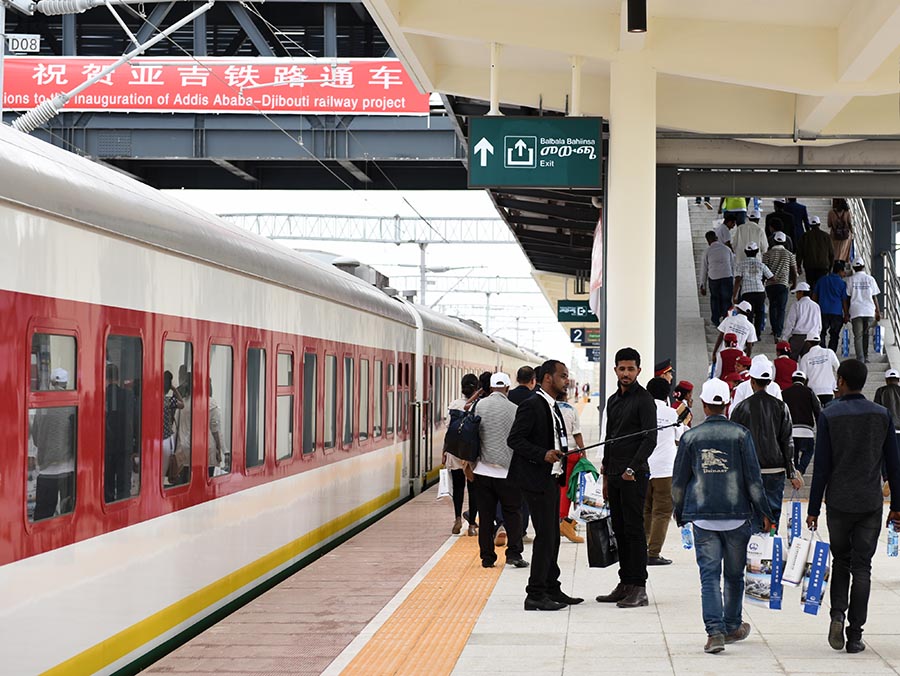 The prime minister also hopes that the railroad will boost manufacturing in the region, which could happen especially as China plans to connect Ethiopia to its neighbors by laying a 5,000 km network of rail.

Before explaining the railroad process, it’s worth noting that Ethiopia is unique among African nations in that its origins are as old as China itself.

While its borders have changed over time, Ethiopian civilization came together around either 8,000 BC or 2,000 BC. Although this date may be subject to debate, what is clear is that the Abyssinia Empire ruled over the region from 1137 to 1974, which makes the country almost as old as England.

Two languages in this multi-ethnic country still use the Ge’ez alphabet, which was first written in 5,000 BC. This clashes with the European view of history, which believes that the oldest writing came from modern day Iraq in 3,200 BC. Chinese characters were first written in either 1,200 BC, 5,000 BC, or 6,000 BC, depending on which archeologists you talk to.

Ethiopia is also distinct in others ways. This is the country where, some 200,000 years ago, human beings first walked the planet. And it was the only African nation to expel its European colonists (Italy), in a war that still provides fodder for jokes about the prowess of the Italian army.

Now, let’s discuss the railroad and how it’ll work. Ethiopia’s neighbor, Djibouti, is its own sovereign country. The line crosses between the two nations, with presumably no customs charges being levied along the way. The China Railway Group built the $3.4 billion railway, which was 70% funded by the Chinese Export-Import Bank.

Chinese will operate the sleek white electric trains until Ethiopian crews have been trained. This railway replaces a diesel one built by the French in 1917 that had fallen into disrepair. Due to technical reasons such as the narrow gauge track employed by the French, China could not even use any of the French stations.

The railway should boost growth in Ethiopia and has opened just in time to help alleviate problems caused by its worst drought in 50 years, as well as ongoing protests that began in August.

Not long ago, the economy had been roaring along, growing at an astounding annual rate of 10% from 2005 to 2015. But the drought and ongoing civil strife have taken a toll on that figure. Two ethnic minorities, who together make up the majority of the Ethiopian population, have launched both peaceful and violent protests. They point to the disproportionate economic power in the hands of peoples who come from the Tigray region who hold the majority of elected offices. The Tigray came to dominate the government when their coalition, the Ethiopian People's Revolutionary Democratic Front, led the revolution that ousted Ethiopia’s last dictator in 1991.

The protests drew international attention when Ethiopian Olympic marathon runner Feyisa Lilesa won the silver medal in Rio. As he was crossing the finish line, he raised his crossed hands above his head – a gesture of solidarity with the protestors.

China’s Investment in AfricaChina’s Overseas Investment
printTweet
You might also like
Back to Top
CHINA US Focus 2018 China-United States Exchange Foundation. All rights reserved. Disclaimer