How Will the Digital Renminbi Change China? 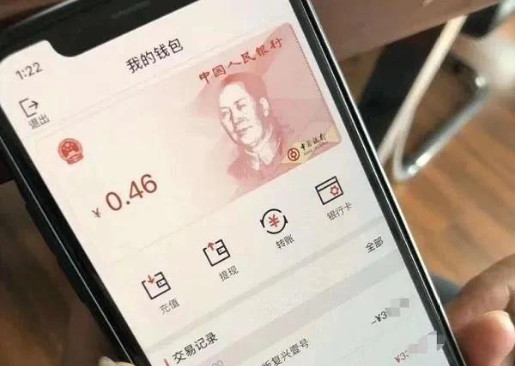 While many central banks are still investigating the possibility of issuing a digital currency, China has rolled out a digital currency via a series of pilot programs since last year. The eRMB (my term as opposed to the more awkward official DC/EP) by itself will not help the renminbi to challenge the US dollar’s global dominance. Its true significance instead lies in its potential to alter the balance between China’s technology giants and traditional majority state-owned banks, thus indirectly enhancing the banks’ international competitiveness.

The pilot programs employ a two-tier structure with “controlled anonymity.” The People’s Bank of China (PBOC, the central bank) issues eRMB to an authorized group of large state-owned banks and other selected financial institutions, which then make the money available to households and firms – the digital currency’s ultimate users. Unlike with some other central-bank digital currencies under discussion, Chinese households and companies would not have an eRMB account directly at the central bank, thus distancing the PBOC from any glitches that might occur.

The authorized institutions see only a portion of the digital footprints of individuals or firms – for example, when they deposit or withdraw funds using eRMB – and are not supposed to keep the information longer than needed. That’s the “anonymity” part of “controlled anonymity.” The “controlled” part, however, is that the PBOC sees the entire history of the movement of a given eRMB unit, and can choose whether or not to use or share the information. Both the two-tier system and controlled anonymity are likely to be central features of any eventual national program.

In the pilot schemes, eRMB were distributed to randomly chosen individuals via free digital gifts. At the full-scale launch, the government will have several tools at its disposal to encourage wider use. For example, it could pay the salaries of government and state-owned firms’ employees – some 15% of the workforce – and public-sector pensions in eRMB. Government procurement programs, transfers to low-income households, and subsidies to firms also can be carried out in the new currency. In addition, the government could require citizens to pay a progressively higher proportion of income taxes and other public-sector fees in eRMB.

How significant will the digital renminbi be? By replacing China’s physical notes and coins, the eRMB will save the PBOC the costs of printing and circulating new currency and regularly replacing a portion of existing notes, which currently amount to billions of renminbi a year. While these savings are socially useful, they are unlikely to be large relative to China’s government budget or GDP.

Nor will the eRMB completely stamp out illegal transactions in China’s underground economy, because criminals will doubtlessly settle deals using alternative means such as dollar or euro bills, gold chains, or valuable artwork. (More than half of all physical US dollar bills, especially $100 dollar bills, circulate outside the United States, often aiding the underground economy in other countries.)

A far more significant consequence of the eRMB that Chinese officials have not publicly discussed is its potential to alter the balance of power between China’s banks and Big Tech firms.

The rise of digital conglomerates such as Ant Group, JD.com, and Baidu has created significant value for Chinese households and firms. Households can access a large array of mutual-fund products through digital financial supermarkets with a level of convenience unavailable even to Americans, while millions of small entrepreneurs unable to obtain bank loans have secured funding without having to post a collateral.

The ability to make such loans reflects Big Tech’s advantage in observing not only the revenue growth of an online business, but also “soft information” such as customer reviews of the firm’s products and services, and product return rates. Such data – which typically is not available to banks – allows Big Tech to generate high-quality credit scores. Big data also enable Big Tech firms to process credit applications, distribute loans, and collect repayment much more cheaply and quickly than banks.

Regulators within and outside China have become increasingly worried that Big Tech firms could abuse these advantages. Traditional banks, which have been losing market share to the digital giants in both money management and lending, are probably cheering the regulators on as they take a tougher stance.

Under controlled anonymity for the eRMB, the PBOC will gain a similar ability to monitor what is otherwise invisible to banks. Although the PBOC would still lack other information such as customer reviews, its data on growth of revenues and expenses would in some ways be better than Big Tech’s, because it would include an economy-wide history of transactions. This may allow the PBOC to estimate potential borrowers’ creditworthiness and to share these new credit scores with banks at low or no cost, enabling them to make uncollateralized loans too, which could reduce or even eliminate Big Tech’s information advantage.

The eventual international use of the eRMB will depend on a number of factors. As China’s global trade and financial importance grows, more transactions will be settled in renminbi. Chinese state-owned firms could insist on settling a portion of their international transactions in renminbi, while the PBOC could sign more swap agreements involving the currency. But Chinese capital controls, as well as the relatively small amount of liquid renminbi-denominated assets that can be bought and sold by international investors, will limit the currency’s international uptake. Reforms in these areas, on the other hand, can promote its adoption.

US policy also will play a role. The US authorities could, for example, discourage American financial institutions from using the renminbi. Ironically, frequent US financial sanctions that exploit the dollar’s privileged global position could promote the emergence of alternatives to the greenback, including the renminbi.

The eRMB on its own will not advance the renminbi’s internationalization. Its main impact is likely to be a rebalancing of power between the banks and the Big Techs at home.

RMBCentral Bank Digital Currency
printTweet
You might also like
Back to Top
CHINA US Focus 2023 China-United States Exchange Foundation. All rights reserved.