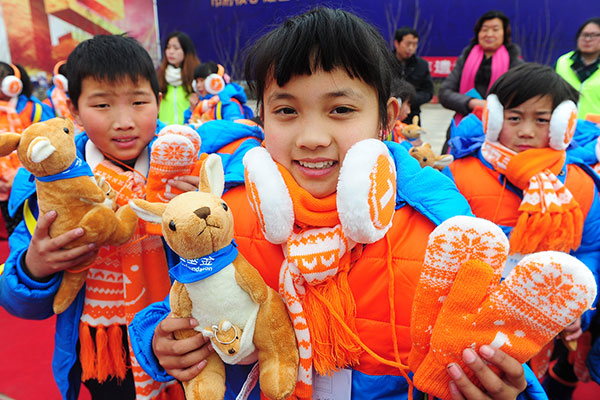 New measures carried out as government seeks to end hardship for 70 million people by 2020.

This year’s Nobel Memorial Prize in Economic Sciences was awarded to Abhijit Banerjee, Esther Duflo, and Michael Kremer for their experimental approach to poverty reduction. In the Nobel Committee’s view, the economists’ use of randomized controlled trials (RCTs), a method adapted from medical sciences, to test whether specific interventions work has “considerably improved our ability to fight global poverty.”

But, while some celebrate the recognition of a new way to tackle an old problem, others doubt that “dividing this issue into smaller, more manageable questions,” as the Nobel Committee puts it, can really reduce poverty on a large scale. Conspicuously missing from this debate is the experience of China, which has accounted for more than 70% of global poverty reduction since the 1980s, the most successful case in modern history.

Over the last four decades, more than 850 million people in China have escaped poverty. Yet as Peking University’s Yao Yang notes, this had “nothing to do with RCTs,” nor did it involve giving handouts to the poor – instead, it was the result of rapid national development.

Since Deng Xiaoping launched “reform and opening up” in 1978, China has pursued export-driven industrialization, liberalized the private sector, welcomed foreign investment, and embraced global trade. As millions of farmers moved from fields to factories, they earned wages, saved, and sent their children to school. This, together with a surge in private entrepreneurship, helped to create the world’s largest middle class.

What Yao fails to acknowledge, however, is that China’s impressive record of poverty reduction has been accompanied by two serious problems – inequality and corruption. When President Xi Jinping took office in 2012, China’s Gini coefficient (the standard measure of income inequality, with zero representing maximum equality and one representing maximum inequality) stood at 0.47, higher than in the United Kingdom or the United States. A Chinese household survey reported an even higher coefficient of 0.61, nearly on par with South Africa.

A rising tide lifts many boats, but some rise far higher than others. So, while millions of Chinese were lifted just above the poverty threshold, a few individuals were catapulted to the heights of opulence. This was not only a matter of luck or even entrepreneurial spirit: though some of China’s wealthy amassed their fortunes through hard work and risk-taking, plenty of others did so by cozying up to government officials willing to trade lucrative privileges for bribes.

Recognizing the risks posed by high inequality and pervasive cronyism, Xi has launched two simultaneous campaigns. One vows to eliminate rural poverty by 2020, using “targeted” poverty alleviation measures such as job placements and welfare subsidies. Another aims to root out corruption. Under Xi’s leadership, more than 1.5 million officials, including some of the most senior members of the Communist Party of China (CPC), have been disciplined.

China’s experience holds important lessons for development economics. For starters, while RCTs and the targeted programs they evaluate can play a role in reducing poverty, the most powerful means of doing so at scale is economic growth. As Oxford’s Lant Pritchett shows, no country has reached the point where more than 75% of all households lived on more than $5.50 per day until median income exceeded $1,045 annually.

Given this, anyone interested in large-scale poverty reduction should seek to understand what drives sustained economic growth, by studying history, political economy, international trade, and systems thinking (connecting parts of a development strategy). If RCTs are equivalent to “plumbing,” as Duflo and Banerjee describe, then systems thinking is the work of mapping out and overhauling the entire drainage network. Simply put, we cannot lose sight of the big picture.

The second lesson from China’s development experience is that growth may not always be equitable. Welfare programs and the delivery of public services like education and health care are needed to distribute broadly the gains from economic growth. Here, the work of this year’s Nobel laureates can help, with RCTs being used to assess the performance of targeted interventions.

Finally, adaptive governance is essential. Contrary to Yao’s argument that China owes its economic success to following “the advice of classical economists,” the country has actually defied many standard policy prescriptions – most notably, the belief that Western-style democratization is necessary for development.

That does not mean that authoritarian rule enabled Chinese prosperity, as many believe. Under Mao’s dictatorship, China suffered disastrous outcomes, including mass famine during the Great Leap Forward. The real secret behind China’s economic dynamism was “directed improvisation”: local policy experimentation guided by central-government directives.

In a nutshell, the key to poverty eradication is inclusive growth. Achieving it requires a combination of macro policy measures to foster national development and micro-programs that address specific weaknesses. Emerging economies must also adapt their development strategies to twenty-first century challenges, particularly technological transformation and climate threats. This calls for a variety of research and tools. There is no silver bullet.

China’s ReformReform and Opening UpChina’s Rise
printTweet
You might also like
Back to Top
CHINA US Focus 2022 China-United States Exchange Foundation. All rights reserved.