Partners or Rivals? The Future of the US - China Economic Relationship 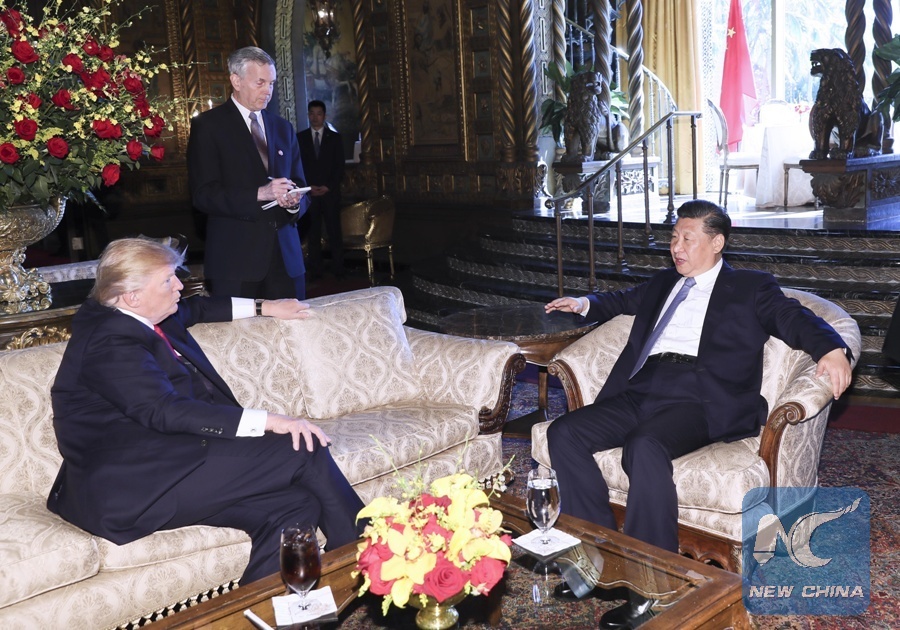 It seems so long ago now, but towards the end of the Obama administration, government officials from the United States and China were working diligently to try to conclude a bilateral investment treaty (BIT). There was some uncertainty about whether the two governments would reach an agreement, as well as whether the U.S. Congress would ratify the treaty, but nevertheless, these two leading economic powers were working together towards a joint vision in an important area of global economic governance. If the United States and China could develop a shared view of international economic law and policy, the global economy was sure to benefit.

Fast forward to today. Any hope of a joint U.S.-China vision of economic relations or governance seems lost. The rhetoric has intensified in the United States; with a clear bipartisan consensus for a tougher approach on China. President Trump may be leading the charge, but there are many members of Congress pressing him to go faster.

Economic tension is even more pronounced in the trade policy world. The United States and China are locked in an escalating battle over trade restrictions, with both sides now raising tariffs. Each one claims that the other is undermining the rule of law, and neither side seems ready to back down.

Watching the deterioration of the relationship, it is easy to feel helpless. What can be done to force these two large countries to swallow their pride and tone down the rhetoric and ease trade and investment restrictions?

In the past, we have called for a comprehensive free trade agreement between the United States and China, but perhaps that is too much to ask for right now. Nevertheless, the two sides need some way to escape the current path of unilateralism and restrictions.

Last summer, the two agreed to a 100-Day Action Plan that eased restrictions in certain sectors in each other's markets. Something similar now could help get things back on track; any small step in the right direction would be positive.

The WTO system helps maintain the basic principles and overall order for international trade. If the two largest nations abandon the system, others may follow suit. To prevent that from happening, both the United States and China should respect their international obligations, and resort to the dispute settlement mechanism rather than taking unilateral action against perceived violations. In addition, where the rules are lacking, the two countries should take the lead and negotiate new ones. In this regard, China's spectacular economic growth in recent years means that it is wealthy enough to liberalize its trade.

In the bilateral context, both the United States and China should recognize that they both benefit from a healthy relationship governed by clear rules. The ongoing tariff war has disrupted trade and imposed large costs to businesses in particular sectors as well as the overall economy. Abandoning the tariff war and agreeing to rules that better govern the bilateral relationship (such as an investment treaty, free trade agreement, or sectoral agreements), would be of great value.

In addition, the two governments need to recognize the value of other strong economies outside their borders. Healthy competition increases productivity and efficiency, and as long as China is willing to fully comply with its international obligations, the United States should not be overly concerned about U.S. companies operating in China or about the legitimate transfer of technology. The world, not just China, will benefit from the full utilization and development of advanced technology. Chinese industrialization is something to be encouraged, not feared. At the same time, China must agree to compete pursuant to the rules. Certain practices clearly cross a line (cybertheft is one of the best examples), and in order to address the growing perception that it is cheating, China should take additional precautions to behave in accordance with international norms. For example, elements of the Made in China 2025 program appear to encourage the use of domestically produced components as inputs for some final products. China should make clear that the government will not play a role in directing sales and purchases that distort the market through this program. At the same time, other governments should file complaints against China at the WTO on these measures where appropriate.

At the moment, the Trump administration does not appear willing to adjust its approach. It is not clear when and if it will. A meeting by mid-level officials in August did not make much progress, and the next opportunity for high-level discussion may be in November at the APEC and G20 meetings. Whether a resolution can be achieved, at those meetings or elsewhere, may depend on how much pain the U.S. economy experiences from the trade war. Unfortunately, it is possible that nothing will change until a new administration is in place.

But China is also an actor in this relationship, and it can propose new terms itself. For example, it could respond to U.S. complaints about regulatory barriers, subsidies, and an opaque administrative environment with proposals to liberalize (in exchange for something else of course, such as better treatment in anti-dumping proceedings and relaxing U.S. export controls).

The U.S.-China trading relationship will be central to the global economy for years to come, and it is important for that relationship to be a positive one. We are in the midst of a contentious period and at the moment, it is difficult to see how things can improve. But there is still room for the two governments to work together, if their leaders choose to do so. There will always be an element of rivalry in this relationship, as is natural with two competing economic powers of this size. But there are plenty of opportunities for partnership as well, and occasional collaboration is important for the relationship and for the global economy more broadly. Without it, as we have seen, the relationship can quickly devolve into restriction and retaliation. Both countries need to start looking for opportunities to cooperate rather than clash, before too much harm is done.

U.S.-China RivalryTrade WarChina-U.S. Trade
printTweet
You might also like
Back to Top
CHINA US Focus 2022 China-United States Exchange Foundation. All rights reserved.