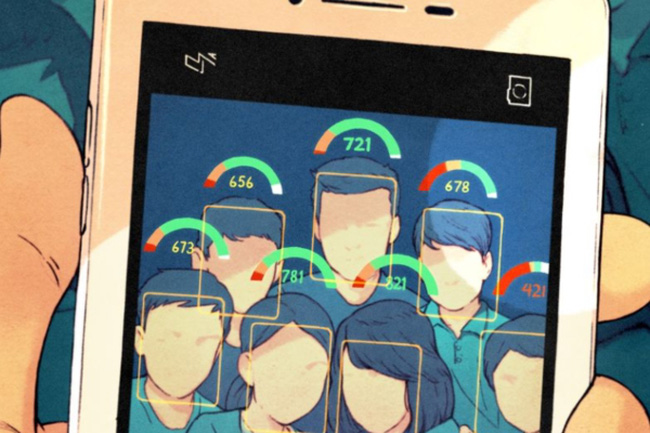 One of the episodes of the British science fiction series Black Mirror sets a story in a utopian world, where people’s lives are governed by their social rating. While the episode is a phantasmagoric social satire, there is a certain degree of prophetic assumptions ingrained into the narrative. The government of China is planning to launch its own national reputation system to assess the trustworthiness of its citizens and companies by evaluating their financial, legal, and social behavior. As a result, every citizen and every company will have their own social credit ratings, based on which, in perspective, they will be subjected to certain benefits or restrictions.

The vision to create the Social Credit System was institutionalized in a document "Planning Outline for the Construction of a Social Credit System" published by the State Council of China on June 14, 2014. As the document states, the main idea is to create “a sincerity culture” and raise “honest mentality and credit levels of the entire society.’ Through this system, the Chinese government seeks mainly to mitigate the deficiencies of its economy and strengthen its financial sector by containing financial risks, serving underbanked citizens, and enforcing legal accountability and compliance.

Nonetheless, while addressing economic needs, the Social Credit System may also evolve into a large-scale political tool. The system can be used to ensure citizens, private companies, public officials, and state institutions abide by the rules. In practice, the system will consolidate a voluminous amount of data to assign social ratings and reward or punish individuals and companies. “Trustworthy” individuals with higher social ratings will have access to a wide range of benefits and preferential treatments, such as better loan choices or exclusive leisure offers. On the contrary, those with poorer social credit ratings will be penalized: for instance, they will have higher interest rates on loans or will be banned from travelling abroad. Ratings will depend directly on personal behavior. For example, failure to pay bills on time or numerous traffic violations will result in poor social credit ratings. The behavior of state officials and private companies will be regulated in a similar fashion.

The Chinese government plans to make participation in the Social Credit System mandatory by 2020. As Wired reported, at the moment, participation in the system is voluntary, but the government is taking a watch-and-learn approach. In 2015, the Central Bank of China issued a license to eight private companies to develop mechanisms for social credit rating and to launch pilot testing across the country—Sesame Credit was among those pilot companies. Sesame Credit belongs to an affiliate company of the Alibaba Group, Ant Financial Services Group, which runs Alipay, the world’s largest mobile payment platform. In order to develop rating metrics, Sesame Credit has already partnered with Baihe, one of China’s largest online dating services, and with Didi Chuxing, a ride-sharing behemoth that has outdone Uber in China.

In other words, the amount of the data that is being collected and analyzed by the data-generating platforms is astonishing – to the extent that the Chinese government decided to delay the licenses to the select technological companies this year on the pretext of the potential conflict of interest. Nonetheless, the license suspension does not hinder the tech companies from developing their own social credit ratings. For instance, China Rapid Finance develops its own credit scores independently of the government programs. China Rapid Finance is a partner of internet conglomerate Tencent, which owns instant messaging service QQ and social media mobile application service WeChat, each of which have more than 900 million monthly active users.

In the meantime, the Chinese government continues introducing the Social Credit System itself. As Xinhua News Agency reported, the Yangtze River Delta region, encompassing Shanghai, Jiangsu, Anhui, and Zhejiang provinces, has been identified as the pilot area to introduce the Social Credit System to. Yet, the Mercator Institute for China Studies advises that the Social Credit System and its related mechanisms have been already piloted in 43 cities and city districts of China. The engine of the system is the National Credit Information Sharing Platform. At the moment, this platform collects and shares the data mainly from local and central governments and includes a total number of 400 datasets from more than 30 ministries and state agencies.

In any case, the Social Credit System has the potential to emerge as a powerful data-enabled instrument, which not only can avert illegal behavior, but which can also navigate markets towards desired political goals. It is not surprising that such an IT-revisited approach to “invisible hand” of the market has immediately sparked a public outcry among human rights activists. For instance, Human Rights Watch called for the Chinese government to stop using advanced data analytics methods to track and predict behavior of its citizens. The Asan Institute for Policy Studies even labelled the Chinese Social Credit System an “Orwell’s nightmare” and proposed to rename it to the Social Control System, since every aspect of Chinese citizens’ lives will be monitored, assessed and graded with the ensuing consequences for individuals.

China’s Credit BoomChina’s Economy
printTweet
You might also like
Back to Top
CHINA US Focus 2018 China-United States Exchange Foundation. All rights reserved. Disclaimer