The End of the Petrodollar's Half Century Reign? 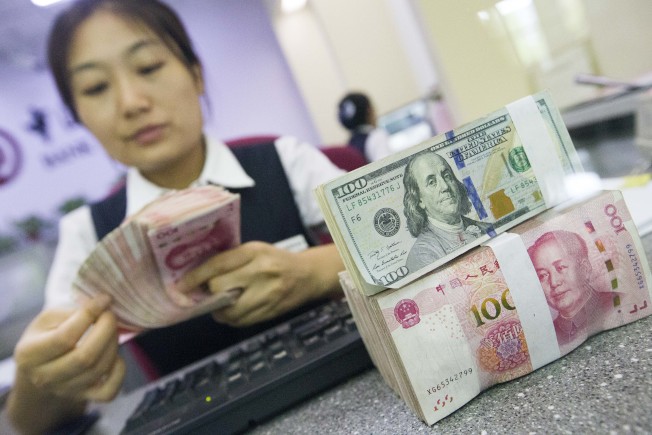 Far beneath the surface of the international monetary system a tectonic shift could be unfolding. China is increasingly insisting that its oil imports be denominated in Chinese yuan instead of U.S. dollars. If successful, this could make the yuan into the globe’s second or third most important currency overnight. Over time, the yuan could even dethrone the petrodollar, shifting the gravity of the international monetary system.

It is still very early days in this process. Most observers are less than sanguine about the yuan’s prospects. A recent analysis by The Economist magazine out of London argued that the 19th National Congress of the Chinese Communist Party (CCP) would tout recent economic reform achievements, but gloss over a big laggard: the “internationalization” of the yuan, where progress has largely stalled.

It is a fact that yuan internationalization has been slow moving, and has at times reversed. To arrest large capital outflows from China during 2015 and 2016, the Chinese government imposed much stricter capital controls and stemmed overseas corporate investments by Chinese entities in non-essential sectors. The result: capital account opening moved backwards.

Over the past two years, the share of international payments in yuan has slipped from 2.8 percent in August 2015 to 1.9 percent in July 2017. Overseas deposits of the yuan have also declined, especially in Hong Kong, its largest offshore market, where yuan deposits have plunged by 47 percent from their peak in December 2014. Moreover, of the foreign exchange reserves held by the globe’s governments, just 1.1 percent is denominated in yuan, compared with 64 percent for the U.S. dollar.

Much of the malaise over the last two years can be traced back to yuan depreciation fears. The currency depreciated around 15 percent from its peak in 2014 until the end of 2016, triggering fears of further and deeper devaluation. As a result, international investors and central banks became loath to hold yuan. This reticence was further aggravated by the various controls the Chinese government implemented, sapping liquidity in the yuan offshore market.

Things have recently looked up for the yuan, with it regaining its ranking as the world's fifth most active currency for international payments. Even more importantly, the Chinese government’s active management of yuan capital flows and the exchange rate have paid off. The yuan has been appreciating, arresting fears of devaluation and creating a stable foreign exchange market. As Pan Gongsheng, deputy governor of the People's Bank of China (PBOC) and administrator of the State Administration of Foreign Exchange, remarked on the sidelines of the 19th CCP Congress, supply and demand in the foreign exchange market is now basically balanced.

This opens up the possibility of further reforms to internationalize the yuan, including opening the capital account more widely to foster greater cross-border flows. Zhou Xiaochuan, the governor of the PBOC, hinted at this in an interview with Chinese business magazine Caijing. “There isn’t a single country in the world that can achieve an open economy with strict foreign exchange controls... The time window is very important for reforms, an appropriate window must be seized. Once missed, the cost of reform will be higher in the future.”

Most analysts, including myself, have little expectation of a spate of new reforms edging China towards a fully liberalized capital account in the near term. The yuan will remain, for the foreseeable future, a currency under tight state management.

Nonetheless, there are other possible pathways to monetary prominence. Carl Weinberg, chief economist and managing director at High Frequency Economics, recently argued that yuan pricing of oil is coming. As China is now the largest global importer of oil, and soon will dwarf U.S. imports due to America’s shale oil boom, the Chinese government is likely to use this leverage to “compel” oil exporters, especially Saudi Arabia, to trade oil in yuan.

Already, China has scored several successes on this front. To begin with, the International Monetary Fund (IMF) included the yuan in its Special Drawing Right (SDR) basket on October 1, 2016. Although mainly symbolic in nature, this move represents the recognition of the yuan as a key currency in international reserve assets, and furthers China’s integration into the global financial system.

Most prominently so far, China and Russia reached an agreement to establish a direct-trade relationship allowing for oil purchases to be made strictly in yuan during June 2017. This has been strengthened by China granting Russia access to the Shanghai gold market, allowing Russian proceeds in yuan to be converted into gold. Russia is now China’s largest supplier of oil with an almost 30 percent market share.

Other oil exporters chafing under U.S. financial and trade sanctions have also moved to trade oil in yuan, including Iran and, most recently, Venezuela. To abolish the “tyranny of the dollar,” the Venezuelan government announced on September 15, 2017 that it will publish the price of its oil and fuel in Chinese yuan. While this move is unlikely to enable Venezuela to break free from U.S. dollar dependence in trading oil, it helps China – the Latin American country is China’s eighth largest supplier of oil with roughly a ten percent market share.

Nonetheless, the largest prize for China is Saudi Arabia, China’s third largest supplier (Angola is at number two). Reports indicate that Chinese officials have begun negotiations with Saudi Arabia to price their oil imports in yuan. At present, these discussions do not seem to have yielded results. Accepting yuan payments is likely to anger the United States, the guarantor of Saudi security. It could also destabilize the petrodollar market in which the Saudis hold the biggest stake.

On the other hand, not accepting yuan payments risks loosing further market share for Saudi Arabia in what is now the world’s top crude oil importer. It seems that China is also attempting to sweeten the deal for Saudi Arabia. China reportedly offered to directly buy up to five percent of Saudi Aramco, Saudi Arabia’s state oil corporation. This move could give Saudi Arabia the much needed flexibility to consider various options in its efforts to float the world’s biggest oil producer on the stock market.

Even more importantly, plans have been announced by China to start a crude oil futures contract in Shanghai that is priced in yuan and possibly convertible into gold. Such a yuan futures contract for oil would facilitate the payment of oil in yuan, enabling the hedging to be done in Shanghai. It could lead to the emergence of a new Asia-based crude oil benchmark and, ultimately, allow the yuan to be perceived as a primary currency for trading oil, allowing oil exporters to bypass U.S. dollar denominated benchmarks by trading in yuan.

At this point it is still not clear how the new oil futures contract in the Shanghai free trade zone might work. Some speculate that it could open up the capital account substantially, since if capital controls on the remittance of foreign investors’ profits are lifted, there would be a much freer flow of yuan across the Chinese border. It would also enable the contract to truly function as a benchmark. As Pan Hongsheng, the deputy secretary general of the PBOC's monetary policy committee, noted in this regard: “China is keen to raise the profile of its currency in the pricing of commodities. China is studying the market rules and mechanisms of pricing commodities in yuan [to] satisfy demand from domestic and overseas investors.”

In the end, developments will depend a lot on what Saudi Arabia decides, since the Kingdom stands at the center of the petrodollar. Once it decides to trade oil in yuan, other Gulf monarchies are likely to follow, and then African exporters, and so on. Such a move could take between $600 billion and $800 billion worth of transactions out of the U.S. dollar, argues Weinberg. It would certainly dampen demand for U.S. securities and increase it for Chinese securities, as well as goods and services made in China.

This evolution is certainly still in its early stages. At best, the above trends give a rather speculative picture. The oil trade is shaped by both economics and geopolitics. But given that China’s imports will soon dwarf those of the United States, it is perhaps just a matter of time until the more than a half century reign of the petrodollar comes to an end. And this could allow China to furnish an international reserve currency with only a partial opening of the capital account and continued state management (albeit perhaps less direct) of its currency. The emergence of the petroyuan might in this manner create a novel pathway to monetary power.