Why China’s Capital-Account Liberalization Has Stalled 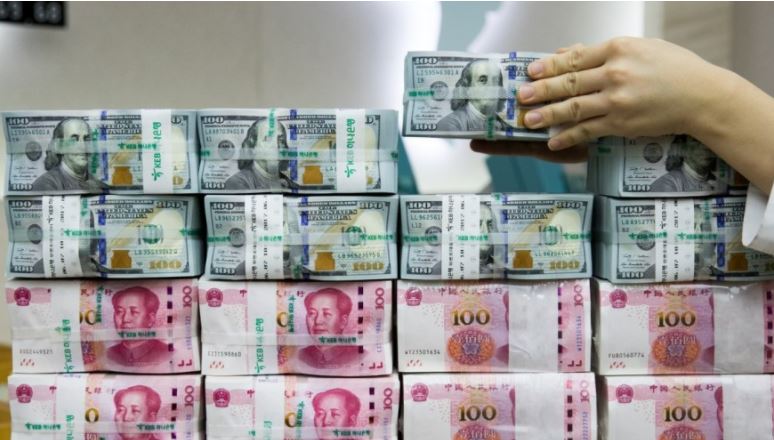 Problems began in 2014, when China’s capital account, which had been in surplus since the 1990s, swung into deficit. By the end of the next year, the deficit had grown so large that China’s overall balance of payments (BOP), too, turned negative, even as China’s current-account surplus remained above $300 billion. Last year, China’s capital-account deficit amounted to some $200 billion.

To protect the renminbi, the PBOC intervened heavily – a process that proved costly. In less than two years, China’s foreign-exchange reserves fell from their peak of $4 trillion in mid-2014 to just below $3 trillion.

At first, many were indifferent to the losses. Some even argued that there were no losses at all, but rather a positive shift in resource allocation, with official reserves becoming privately held foreign assets. After all, they pointed out, as China’s foreign-exchange reserves fell by $1 trillion from the second quarter of 2014 to the end of 2016, holdings of foreign assets by the private sector increased by $900 billion.

But this argument failed to recognize that, during the same period, China’s cumulative current-account surplus was $750 billion. By definition, a country’s current-account surplus should be equal to the increase in the country’s net foreign assets. So what really happened was that $850 billion of China’s foreign-exchange reserves had gone missing.

And, in fact, this process had begun much earlier. From the first quarter of 2011 to the third quarter of 2016, while China’s cumulative current-account surplus was $1.28 trillion, its net foreign assets fell by $12.4 billion. In other words, since 2011, some $1.3 trillion of China’s foreign assets has disappeared. Recognizing this dangerous trend, the PBOC abruptly hit the brakes on capital-account liberalization last year, tightening capital controls to a degree not seen since the Asian financial crisis of the late 1990s.

The gap between changes in a country’s current account and its net-foreign-asset position partly reflects “net errors and omissions” in the BOP calculations. When capital flows out of a country, the transactions are supposed to be reflected in the BOP table. But in a country like China, where capital flight is illegal and investors attempt to evade capital controls, transactions might not be recorded at all. Instead, they show up in net errors and omissions, which in China have turned strongly negative in recent years, owing, in my view, to accelerating capital flight.

Some in China have argued that the negative trend for net errors and omissions is simply the result of statistical mistakes. But when the shortfall amounts to $1.3 trillion, such claims can hardly be taken seriously. Nor can they account for the fact that, over the last six years, China’s net errors and omissions have moved in just one direction, always contributing to the BOP deficit.

For example, as they pursue overseas mergers and acquisitions, some Chinese corporations have taken large amounts of capital out of China legally. But no one knows whether those outflows will translate into net foreign assets owned by Chinese residents. That is why, to gauge the scale of capital flight, one must also consider the difference between year-end investment positions, net of “financial transactions” and “other changes in position.”

Doing so leads to a stark conclusion. Since 2012, and especially since 2014, China has experienced massive capital flight. If the government had not taken action to slow, if not halt, the process of capital-account liberalization in 2016, the results could have been truly devastating.

In the past, the key challenge facing China was to stop importing “dark matter”: as one of the world’s largest net creditors, China needed to stop running an investment-income deficit. Today’s challenge is to avoid “matter annihilation”: China must prevent its net foreign assets from disappearing.

In early 2013, when capital-account liberalization was in full swing, I wrote that, “with China’s financial system too fragile to withstand external shocks, and the global economy mired in turmoil, the PBOC would be unwise to gamble on the ability of rapid capital-account liberalization to generate a healthier and more robust financial system.” In fact, I continued, “Given China’s extensive reform agenda, further opening of the capital account can wait; and, in view of liberalization’s ambiguous benefits and significant risks, it should.” Four years later, this advice is worth reiterating.

China Central BankChina’s EconomyRMB
printTweet
You might also like
Back to Top
CHINA US Focus 2018 China-United States Exchange Foundation. All rights reserved. Disclaimer