China’s Military Base in Afghanistan 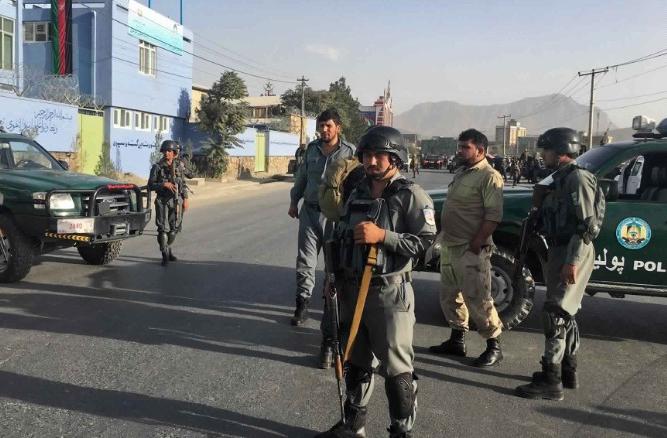 Afghan police stand guard near the site of the bombing outside a cricket stadium in Kabul. (AP)

Beijing has long refrained from engaging militarily beyond its borders. However, as some recent reports suggest, this situation may soon change. Ferghana News reported that China will build a military base in the northern province of Afghanistan, and, according to the news agency, the Ministry of Defense of Afghanistan is already expecting a Chinese expert delegation to discuss the location and further technicalities for the base. If these reports are true, China will fully fund the new military base in Badakhshan, covering all material and technical expenses, including both lethal and nonlethal weaponry and equipment.

The Ferghana News’s interlocutor, General Dawlat Waziri of the Ministry of Defense of Afghanistan, advised that the agreement to set up the base was reached in December 2017 in Beijing, when a high-level delegation led by Afghan Minister of Defense Tariq Shah Bahrami met with Vice Chairman of Central Military Commission Xu Qiliang. Both parties restated their willingness to capitalize on a good momentum to push forward peace reconstruction and reconciliation processes in Afghanistan and advance the state and military relations between China and Afghanistan. This meeting took place days after Beijing hosted the first-ever trilateral ministerial meeting with Khawaja Asif, Minister of Foreign Affairs of Pakistan, and Salahuddin Rabbani, Minister of Foreign Affairs of Afghanistan.

Whether the recent reports about the base are true or not, the very existence of such discourses demonstrates that Beijing has vested interest in the stability of Afghanistan and is keen on undertaking the role of a mediator in the region. This is not surprising, since it has been long assumed that China has been courting the Taliban prior to the Operation Enduring Freedom to ensure Afghanistan was not fomenting radical elements for the destabilization of the Chinese restive province of Xinjiang. In December 2000, then-Ambassador of China to Pakistan Lu Shulin even met with the Taliban’s supreme commander and spiritual leader Mullah Omar in Kandahar to lobby the leadership of Taliban to shut down Afghan-based camps that trained Uighur separatists. Some contested reports even suggested that China was willing to buy peace with the Taliban. Just a few days before 9/11, China signed a Memorandum of Understanding on Economic and Technical Cooperation with the Taliban promising much needed economic assistance and investments to the republic. Of course, with the U.S.-led war in Afghanistan, Beijing had to distance itself from Afghanistan.

Yet, Afghanistan remained an important item on the Chinese agenda. In the early 1990s, Xinjiang or officially the Xinjiang Uyghur Autonomous Region, experienced a surge in national sentiments amongst the Uighurs, which led to surges of violence between the ethnic Uyghurs and the Han Chinese and which were suppressed by Beijing. Hereafter, the region that is home to nearly 10 million Uighurs has witnessed a series of brutal attacks carried out by Islamic militants. Although Beijing attempted to mitigate the rise of extremism through economic programs and hardline security policies, the region continued to face the threats from violent extremist groups.

In this context, Beijing’s rationale behind its revamped interest in Afghanistan becomes more apparent. As China Daily reported, the number of violent attacks by “terrorist cells” has dropped in China, but the level of attempted violence remained high, particularly in Xinjiang, and these threats may become “more serious, since overseas terrorist groups now have stronger influence in China and the connection between domestic and foreign terrorist groups has grown deeper.” Only recently, in late February 2017, the jihadist terrorist organization Islamic State released a video, which purportedly showed ethnic Uighur fighters training in Iraq. Back in July 2014, the leader of the Islamic State Abu Bakr Al-Baghdadi even vowed to liberate those he viewed suppressed, with China topping Al-Baghdadi’s list of states that needed liberation.

It is highly unlikely that such calls will receive popular support in China. China’s cultural makeup makes it unsusceptible to radical calls for insurgencies from one social group to another. On the contrary, many Chinese perceived Al-Baghdadi’s message as a legitimate justification for its government not only to get rid of the Islamic State, but also to crack down on separatist insurgency in Xinjiang. For the government of China, however, such calls present a more complex picture.

The prevailing fear in Beijing remains that Afghanistan and greater Central Asia could be used by radical Islamists as a fertile ground to breed instability in Xinjiang, and these fears have become stronger with the growing discourses of the rise of Muslim radicalization in Central Asia. On August 30, 2016, a suicide bomber rammed the gates of the Chinese Embassy in Bishkek, Kyrgyzstan, killing himself and wounding three other people. This blast came as an unpleasant surprise to China, because attacks on Chinese missions abroad are a practically non-existent phenomenon. Uighur separatist groups were immediately blamed for the attack, and 10 months later a district court of Bishkek convicted three people in connection to this bombing in a somewhat intricately twisted narrative that linked the attack to Al-Nusra Front, a jihadist organization fighting in Syria and officially prohibited in Central Asia.

While it remains questionable to what extent the attack on the Chinese embassy abroad is a “new normal” for China, what is less questionable is that Beijing is eager to address the emanating threats in a more proactive way, and the establishment of a military base in Badakhshan may emerge just as the beginning of the new Chinese security saga.

AfghanistanChina-Afghanistan RelationsChina Military
printTweet
You might also like
Back to Top
CHINA US Focus 2018 China-United States Exchange Foundation. All rights reserved. Disclaimer