Trump’s 2019 State of the Union Address: Hard on Trade, Deft on Security 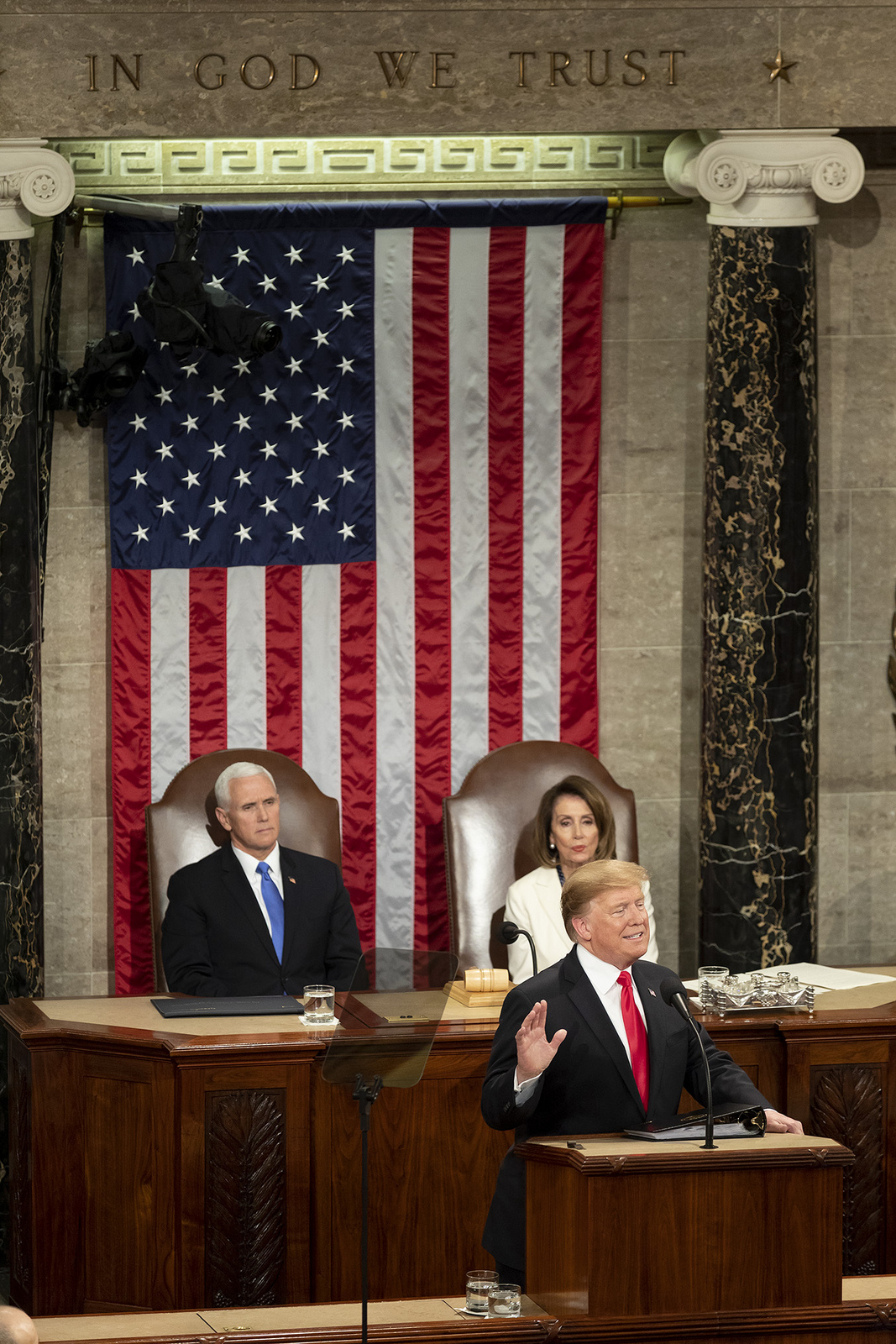 In his second State of the Union address last Tuesday, President Donald Trump reiterated his firm position on economic issues. At the same time, he also opened spaces on the security front. Confident of his deal-making competency and banking on personal relationships he built with regional counterparts, he seems optimistic about the prospects of a trade deal with China and a second summit with North Korea to advance denuclearization on the peninsula. His resolve to extricate America from endless wars and to explore political solutions for intractable flashpoints is notable but will be tested.

Since a temporary truce was reached by Presidents Trump and Xi on the sidelines of the G20 Summit in Buenos Aires in December last year, successive high-level talks have been held in a bid to iron out a deal that will end the worst trade war in decades. The intense pace of the negotiations – with the first round held in Beijing in early January and the second in Washington in late January - suggests a clear attempt to reach a conclusion before the 90-day reprieve expires on March 1. Trump also announced his intention to meet Xi this month.

Trump may boast of early concessions won. Beijing resumed imports of U.S. soybeans, removed additional tariffs on inbound U.S. autos and auto parts and pledged to purchase substantial amounts of U.S. agricultural, energy, and manufactured goods. Compared to his 2018 State of the Union speech where he described China as posing challenges to America’s interests, economy, and values, his 2019 address zeroed in on the economic threat from China. This may not necessarily reflect a softening as much as a strategy to tackle one issue at a time.

In his address, Trump maintained that he will reverse “decades of calamitous trade policies.” While calling out China for targeting U.S. industries and stealing U.S. intellectual property, jobs and wealth, he assigned the blame to past American administrations. But while he was able to exact early concessions from China, his demand for real structural changes may be a tall order, as it may challenge fundamental tenets of China’s state-backed economy and Beijing’s aspiration to be a technology power. Allowing China to buy more U.S. goods to reduce the trade imbalance may also be constrained by efforts to block Chinese investments in certain sectors on national security grounds. Furthermore, it remains to be seen whether historic cuts in taxes and regulations constitute enough of an incentive to entice more companies to ship back production to the U.S., considering other factors at play such as wages, infrastructure, logistics and proximity to export markets.

Concerns over potential policy discontinuity also make investors jittery. For instance, while an update of the 1994 North American Free Trade Agreement may be long overdue, describing it as a “historic trade blunder” and a “catastrophe” suggests an overhaul. This may affect transnational supply chains and long-term investments. Moreover, it remains to be seen whether Canada and Mexico will easily yield to such sweeping changes without resistance. Otherwise, a lack of compromise on contentious issues may stymie negotiations. While there is value in negotiating from strength, high handedness in trade talks may provoke adverse reactions from long-time partners and narrow opportunities to effectively close a deal satisfactory to all parties.

In keeping with his idea of fostering not just free, but also fair, trade, Trump asked Congress to pass the U.S. Reciprocal Trade Act. This will allow the country to respond to unfair tariffs levied on American goods by another country. This readiness to retaliate may discourage other countries from imposing excessive tariffs on U.S. goods.

Trump also expressed his interest to work with Congress in passing an infrastructure bill, which will include funding for cutting edge industries. This will bring much-needed relief to the country’s aging and inadequate infrastructure. It can also shore-up competitiveness, particularly in high technology and dual use sectors, where rivals like China are fast catching up or have even developed competitive asymmetries. Reviving its manufacturing and infrastructure capacities will also put the country in a better position to capitalize on the construction boom in fast developing Asian economies.

While showing tenacity on trade, Trump showed dexterity on security. In the Korean peninsula, Trump took credit for the return of American hostages, a halt in nuclear and missile tests for more than a year, and avoidance of a major war with nuclear Pyongyang. He did not mention the policy of maximum pressure or appear hopeful of his second meeting with Chairman Kim Jong-un in Vietnam this February 27-28.

Trump also stood by his decision to withdraw troops from Syria, rumored to be a major reason for the resignation of former Defense Secretary Jim Mattis last December. Likewise, Trump also cited accelerating negotiations, including with the Taliban, to reach a political settlement in Afghanistan saying that “great nations do not fight endless wars.” Whether U.S. emergence as a net energy exporter played into his calculation to reduce U.S. troop presence in oil-rich Middle East remains speculative.

Nevertheless, Trump’s other statements also upset the global security order. His resolve to “outspend and out-innovate” rivals like Russia and China may invite an arms race. Withdrawal from the Intermediate-Range Nuclear Forces Treaty may have a cascading effect on other arms control regimes. Withdrawal from the nuclear deal and imposition of sanctions to Iran may undermine efforts to dissuade Teheran from developing nuclear weapons and strain U.S. ties with Europe, China, and Russia, who remain committed to the deal supported by the former Obama administration. The transfer of U.S. Embassy from Tel Aviv to Jerusalem out of principled realism caused disquiet in its ties with Palestine, Arab states and the United Nations. Recognition of Juan Guaido as the new interim President further polarized international opinion on Venezuela and was viewed as lending legitimacy to a coup. Finally, asking NATO allies to increase defense spending also unsettled ties with some European partners, and was not overlooked by Asian and Pacific treaty allies.

In sum, Trump’s second State of the Union address demonstrated his determination to pursue his America First policy, especially on trade, but also on security. A clear preference for bilateral deals and peace through strength and primacy are key elements in his strategy.