What the Macron Presidency Means to the World

The 2017 presidential election of France has been viewed as the most important election of the year for Europe and even the world. It would determine not just the future of France but also make a decisive impact on the destiny of the European Union. It is precisely because of this that the election has received an unusual amount of international publicity. 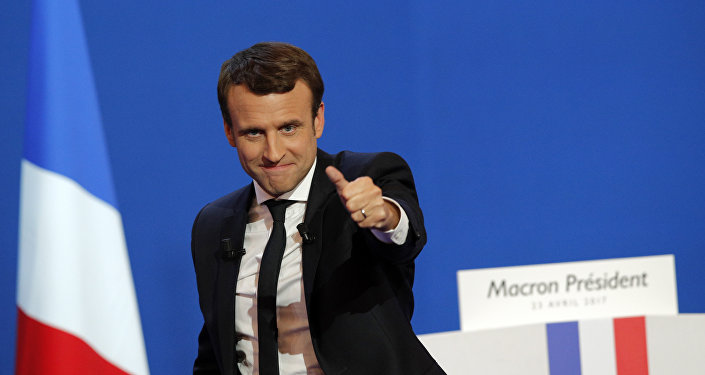 On May 7, centrist candidate from the En Marche movement Emmanuel Macron defeated far rights candidate from the National Front, Marine Le Pen, in a run-off election with an impressive lead to win the eighth presidency of the French Fifth Republic. Macron’s election victory was met with a big sigh of relief in European capitals. Among those that showered immediate congratulations on Macron were the Council of European Union, the European Union Commission and the European Parliament. American response was also very quick. President Trump tweeted congratulations to Macron on his big win and said he looked very much forward to working with him.

Though Macron indicated that his first foreign visit would be to Germany, this 39-year-old new president would meet his most formidable challenges in the next five years from none other than his native country. France has a half-presidential and half-parliamentary system. The president would take care of foreign policy and security matters while the prime minister tends to economic and internal affairs. But the prime minister and his cabinet are appointed by the parliament. This means that if the two top leaders are not from the same political party, the president’s policies or propositions may not get passed by the parliament, leading to a serious limit of presidential authority. The most pressing task for Macron right now, therefore, is to lead his “Republic on the Move”, renamed from the earlier En Marche, to win as many seats as possible in the parliamentary election scheduled for June 11 and 18.

If the first-round election was to decide whether France needed reform at all and the run-off election was about how such a reform would be conducted, then the forthcoming parliamentary election, often called the third round election, would decide the pace and extent of that reform. In recent years, France has suffered immensely from sluggish growth and high unemployment rate. Its economy, up by only 1.1% in 2016, is expected to grow by some 1.3% to 1.5% this year. Its 10% unemployment rate is higher than the EU average, with jobless rates for youth below 25 running as high as 25%. What is more, France has been hit by multiple large-scale terror attacks since 2015, claiming a total of 239 lives. The mood of the country was one of helplessness, disappointment and anger. Both Sarkozy and Hollande failed to push forward the needed reform, a job that is now on Macron’s shoulders. The new president has pledged to revitalize economic growth, increase employment and deregulate the job market. As people widely believe, if Macron also failed in his reform, Le Pen is likely to stage a comeback five years from now.

True, Macron will focus an enormous amount of resources on domestic reform. But he will also try to accomplish something big in foreign affairs. As a pro-EU president of France, Macron will make the restart of the Franco-German engine his primary task. The sputter of that engine, is why EU has failed to respond as effectively to its multiple crises in recent years. France, owing to years of economic, social and security predicament it found itself in, could hardly shoulder the responsibility of leading the Union. Germany, though playing the role of de facto leader, found the job exceptionally challenging without the synergy of the Franco-German collaboration. For the EU, nothing is more imperative than the governance of the Euro Zone, which was once on the verge of complete unraveling after the outbreak of the European debt crisis. Macron, while campaigning for presidency, indicated readiness to unify budget procedures in the Euro Zone and set up the post of the Euro Zone finance minister, a position that Germany is likely to oppose. With respect to addressing the refugee crisis and cracking down on terrorism, France and Germany are likely to collaborate and lead the rest of EU in effective cooperation. In response to rising populism in Europe, Chancellor Merkel proposed that a “multispeed” model be followed in the pursuit of European integration, a position that Macron may embrace as well. In fact, it is the only practical way to solve the integration issue. But the return of French influence within EU, on the whole, requires the successful revitalization of French economy in the next few years.

The likely impact of Macron presidency on EU-Russia relations is still quite murky. France has been an advocate of cooperative EU-Russia relations. But the Ukrainian crisis has hardened the attitude of most EU members toward Russia. During the recent presidential election in France, several candidates, such as Fillon of the Republican Party and Le Pen of the National Front, were considered too pro-Russian. Macron might opt for a common EU position on Russia through coordination with other member countries such as Germany, which makes an early improvement of EU-Russia relations highly unlikely.

Relations with the US will be a diplomatic priority for France under the Macron presidency. Though President Trump may have preferred a Le Pen win, he immediately congratulated Macron on his successful election and, in his telephone conversation on May 8, he pledged close cooperation with the new French president to take on their common challenges. Trump also mentioned that France was one of the longest-standing allies of the US with a history of prolonged and solid cooperation. The two leaders agreed to hold bilateral meeting at the NATO summit in Brussels scheduled for May 25. It is predicted that anti-terrorism and future development of the transatlantic alliance will dominate France-US cooperation in the future. Yet such issues as climate change, economic globalization and others may continue to divide the two leaders.

Chinese President Xi Jinping expressed readiness to develop relations with France in the wake of Macron’s election. During the election campaign, Macron emphasized the importance of stronger French ties with China. He often quoted Deng Xiaoping’s idea -“I don’t care if a cat is white or black as long as it can catch mice” - which shows that he himself was a pragmatist. Far from being just bilateral, China-France cooperation has long since extended into multilateral and other dimensions with European and even global ramifications. I believe that the sound cooperation between the two countries will continue on the existing basis and keep increasing in the economic, cultural, security and global governance areas in both scope and depth.

China-US-Europe RelationsFrance president
printTweet
You might also like
Back to Top
CHINA US Focus 2018 China-United States Exchange Foundation. All rights reserved. Disclaimer