Europe Between Trump and Xi 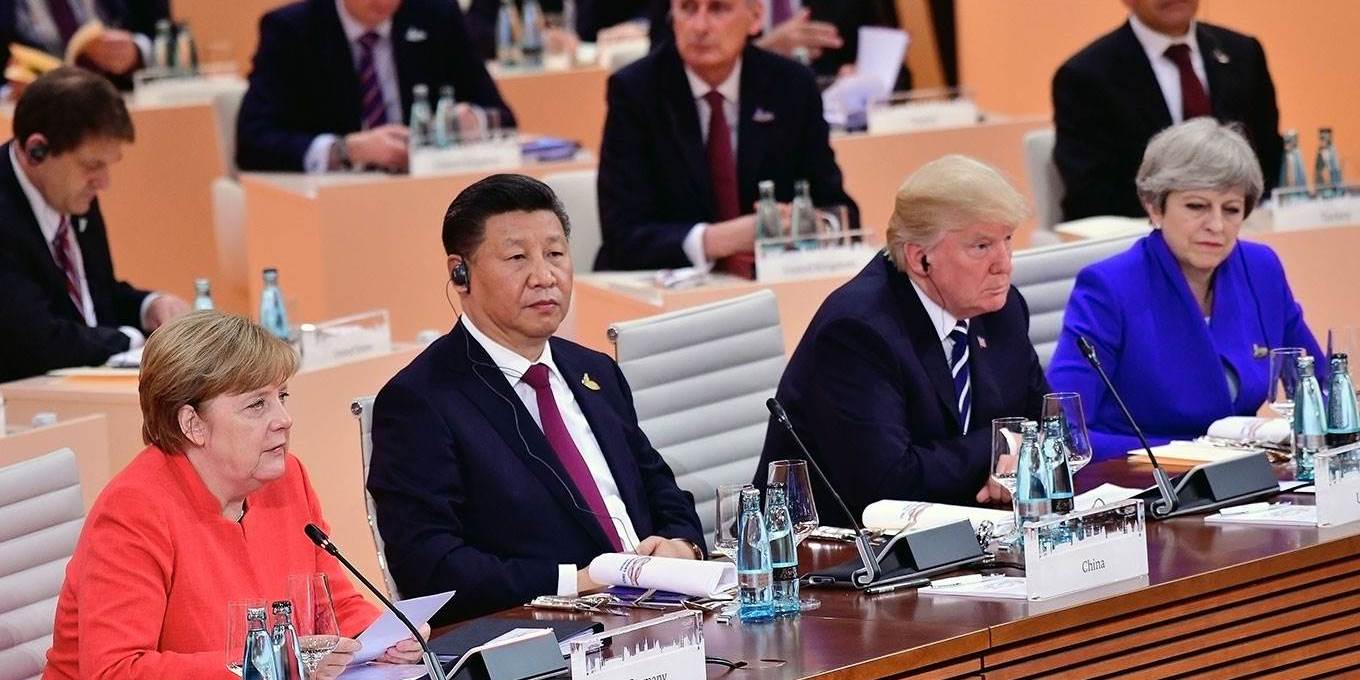 The most recent World Trade Organization ministerial conference, held in December in Buenos Aires, Argentina, was a fiasco. Despite a limited agenda, the participants were unable to produce a joint statement. But not everyone was disappointed by that outcome: China maintained a diplomatic silence, while the United States seemed to celebrate the meeting’s failure. This is bad news for Europe, which was virtually alone in expressing its discontent.

It is often pointed out that, in the face of US President Donald Trump’s blinkered protectionism, the European Union has an opportunity to assume a larger international leadership role, while strengthening its own position in global trade. The free-trade agreement recently signed with Japan will give the EU a clear advantage over the US in agriculture, and strengthening trade ties with Mexico could have a similar impact, as the US renegotiates the North American Free Trade Agreement.

Some suggest that, to strengthen its position further, Europe should team up with China, which, despite its reticence at the WTO conference, has lately attempted to position itself as a champion of multilateralism. A Sino-European partnership could be a powerful force offsetting America’s negative impact on international trade and cooperation.

Yet such a partnership is far from certain. Yes, Europe and China converge on a positive overall view of globalization and multilateralism. But whereas Europe supports a kind of “offensive multilateralism” that seeks to beef up existing institutions’ rules and enforcement mechanisms, China resists changes to existing standards, especially if they strengthen enforcement of rules that might constrain its ability to maximize its own advantages.

Europe’s desire to force China to adhere to common rules aligns its interests more closely with the US, with which it shares many of the same grievances, from China’s continued subsidization of private enterprises to the persistence of barriers to market access. According to one recent study, market access barriers erected by China have taken a high toll on the growth of EU exports.

But the US and the EU do not have the same vision for how to address these grievances. In order to limit abuse of WTO rules by China, Europe’s leaders want to be able to negotiate new, clearer rules, either through the framework of a bilateral investment agreement or through a plurilateral agreement on public procurement.

Trump does not want to reform the system; he wants to sink it. In fact, with Trump seeking to use bilateral deals to secure reductions in America’s trade deficit, the possibility that the US will leave the WTO altogether – a nightmare scenario for the EU, which advocates shared norms over force – cannot be excluded.

Trump’s predecessor, Barack Obama, had his own solution. New multilateral frameworks – the Trans-Pacific Partnership (TPP) with Asia and the Transatlantic Trade and Investment Partnership (TTIP) with the EU – would circumscribe China’s room for maneuver. As such frameworks brought about regulatory convergence, the US and the EU would be able to define the standards of the emerging new global economy, forcing China either to accept those standards or be left behind.

But this project has now been fatally undermined. Obama’s effort to finalize both agreements before the end of his presidency, though understandable, bred serious concerns about hastiness. Europeans recognized that full regulatory convergence between the US and the EU would, in reality, take at least a decade. So, under pressure from their citizens, European leaders began to express concern about what the TTIP was lacking in terms of, say, environmental and sanitary regulations and transparency.

Given their shared interest in regulatory convergence, particularly to strengthen their position vis-à-vis China, the US, and the EU will eventually have to resume cooperation toward that end. But, as long as Trump is in power, advocating bilateral reciprocity over multilateralism, such an effort will probably be impossible.

Instead, Trump’s America will most likely continue to take advantage of its far-reaching commercial influence to secure strategic or political gains. On this front, Europe is at a significant disadvantage. The EU is, after all, not a state, and it does not speak on international matters with one voice. It is not out of the question that the Chinese, who speak the language of realpolitik fluently, would prefer to meet the ad hoc demands of the Americans over the multilateral conditions of the Europeans.

In this context, the EU’s top priority should be to unify the positions of its member states, with the goal of overcoming the barriers erected by the US and creating shared systems for constraining China. But that is easier said than done. As it stands, many EU countries resist the introduction of any trade restrictions, whether owing to an excessive commitment to liberal economic ideals or fear of jeopardizing their own interests in China by, say, establishing an EU mechanism for managing foreign investment.

The emergence of “illiberal” governments in Central and Eastern Europe complicates matters further for the EU. These governments have no interest in any form of multilateralism, as they have embraced a narrow view of their interests. They often seem fascinated by the logic of realpolitik espoused by Trump, Chinese President Xi Jinping, and Russian President Vladimir Putin.

Moreover, these countries’ pursuit of their commercial interests could come at the expense of EU procurement rules. And they are not alone within the EU. Greece, for example, has accepted large amounts of Chinese investment. The EU then refused to mention China explicitly in a resolution on the conflict in the South China Sea.

To be sure, European countries are not wrong to welcome Chinese investment. But China should be reciprocating, offering European investment in China a warmer welcome. That is why the EU and China should work to complete the bilateral investment treaty that they have been negotiating for years, with limited progress. Such a treaty should rely on reciprocal rules, including the dismantling of barriers to China’s market.

French President Emmanuel Macron is trying to advance offensive multilateralism. But unless the EU as a whole embraces the cause, Europe – caught between China, which has a very conservative but outdated interpretation of multilateralism, and Trump, who wants to get rid of it – risks becoming a casualty.

China-US-Europe RelationsChina-Europe RelationsEmmanuel Macron
printTweet
You might also like
Back to Top
CHINA US Focus 2018 China-United States Exchange Foundation. All rights reserved. Disclaimer