It is quite usual that people or nation would commemorate their anniversaries. In the context of World War II, last year France honored the 70th anniversary of the Normandy landing. In May this year, Poland and Russia each celebrated the 70th anniversary of the end of WWII, celebrating their past in defeating Nazi Germany. In few days, China will launch its own event, remembering the history of its defense against Japanese aggression, with a military parade. 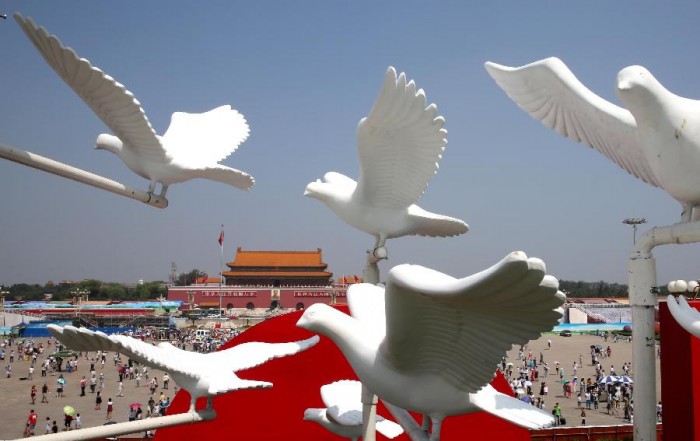 The purpose of such commemoration is to reflect upon history and look into the future. France commemorated the 70th anniversary of Normandy landing both to appreciate the allied forces, especially those of the US, for liberating it from the Nazis, and to honor Russia for Moscow’s role of defeating the Fascists during WWII. Despite Russia’s intervention in Crimea early last year, France still invited Russia to show its respect of the history and in hope of reconciling relations between Russia and the West.

In a similar vein, China will commemorate the 70th anniversary of defeating Japanese imperialism as well as the Fascists, with 49 countries and 10 international organizations invited as guests, including Russia and the United States. China has invited Japan, among others, to join, in the hope of reconciling relations with this former aggressor through reviewing history together. China finds it important to commemorate this anniversary, given the rising rightwing revisionists in Japan, who pay tribute to the Yasukuni Shrine where war criminals are enshrined, and deny the practice of enforcing sex slave, called “comfort women”, during WWII by its imperial armed forces.

Japan did not accept China’s invitation, and some Western countries are sending their envoys, instead of their state leaders, to join the parade ceremony in Beijing, on the ground that democracies don’t flex their muscles with a parade or simply don’t commemorate important anniversaries with a military parade. In their view, authoritarian regimes tend to show off by staging military parades. By not rendering support to contemporary China as a non-Western style institution, these countries try to keep certain distance with Beijing.

However, it seems untrue that “democracies” don’t flex muscles, or Western countries don’t commemorate anniversaries, with military parades. India is often termed as the “biggest democracy” and it does stage its annual military parade on its Republic Day, and President Obama graced it this January. On the occasion of the 70th anniversary of the end of WWII, a number of “Old European” and “New European” countries also conducted their programs to remember this horrendous war and their suffering, France and Poland being such examples, though they indeed didn’t organize military parades in large scale. Nevertheless, the United States staged military parades soon after the end of WWII, and in 1991 it did so again after defeating Iraq through Operation Desert Storm.

Therefore, all kinds of countries, western or non-Western, mark their past through remembering anniversaries, and employing military parade is a means to present their will and competence, especially in honoring their success in defending their nations. The US did, USSR/Russia did, France did, India did, and now China will do so on September 3.

China was once brutalized by Japan and it suffered casualties of tens of thousands of people in the 1930s-1940s, making tremendous sacrifices so as to protect its people and land. Subsequently, Japanese armed forces were largely trapped in the Chinese battlefields, becoming far less able to engage in other parts of the Asia Pacific. Meantime, China’s heroic feat much inspired nations and people of the entire world. It was China’s sacrifice and contribution during its anti-Japanese warfare that largely established its world power status ever since.

Remembering the past has nothing to do with sustaining the hatred. Actually remembering the tragic past of the WWII by former enemies together adds to the value of sharing their present consensus of preventing the recurrence of such disasters and protecting international security under the current circumstances. That is how the upcoming Beijing parade has been actively perceived, despite the fact that some Western countries attempted to keep a distance.

Seventy years after the end of the WWII, all former defeated Axis states have achieved economic success. However, not all of them have repented their aggression in a sincere manner. Germany has thought its entire country was at fault for the aggression, while various Japanese politicians have viewed the past of their country rather differently. A number of Japanese leaders or former leaders indeed have genuinely expressed their remorse for the atrocities their country committed then, and swear to protect their pacifist constitution. But the rightwing revisionist force is on a resurgence, denying Japan’s wartime crimes and paying tribute to their war criminals.

Wary of such disturbing developments, China finds its responsibility to defend the post-WWII world order by upholding the justice of anti-Japanese aggression and anti-Fascist warfare, with a military parade to mark the anniversary. Rather than presenting militarism, China aspires to offer a somber reminder of its will and capacity to sustain world peace, as it has done before, by deterring any future aggression.