The recently concluded “Peace Mission 2014” anti-terrorism military drill mounted by the Shanghai Cooperation Organization in Inner Mongolia, China was a great success. A day before it finished, Chinese President Xi Jinping, who is also the general commander of China’s military forces, met the chiefs of general staff of Russia, Kazakhstan, Kyrgyzstan, Tajikistan and Uzbekistan in Beijing, all of whom were attending a meeting for the SCO chiefs of staff. The success of the drill and the meeting indicates that the member states are attaching greater importance to cooperation in defense and security. 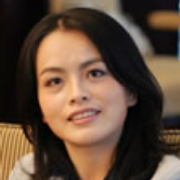 Since its launch in 2005, the annual Peace Mission joint exercise has been conducted seven times. Of them, the events in 2007, 2010, 2012 and 2014 involved all of the SCO members, except for Uzbekistan’s absence in 2010 and 2012. The other three were conducted between China and Russia. Xi Jinping spoke highly of the drills, praising them for “having made positive contributions to regional security and stability.”

SCO countries are trying to strengthen cooperation in defense and security in response to the changes in the regional situation, as well as for the organization’s own development. The regions surrounding SCO member nations have recently become unsafe. Threats originate from two aspects. One is the Islamic State of Iraq and al Shams (ISIS) extremist forces, who are active in the Middle East and neighboring areas. There are complicated reasons accounting for ISIS’s sudden rise and growth, which makes it difficult for the international community to thwart its threats. As the Obama administration is anxious to extricate itself from the Iraqi quagmire, the threats ISIS poses to the Middle East won’t be eradicated any time soon, and very likely would spillover to surrounding areas. The Central Asian region, where many SCO countries are located, has been under the threat of Islamic extremist forces. Now, threats from outside are posing new challenges to Central Asia’s security and stability.

The second source of threats is Afghanistan, where the political situation remains uncertain, thereby threatening regional as well as its domestic security. As Afghanistan is an observer country of the SCO, any spillover effect will constitute a serious challenge to the organization. American troops are withdrawing from the country but the US-Afghanistan Security Agreement is yet to be signed, leaving a number of uncertainties. But one thing is clear: Washington wants to dump the burden and leave the country’s domestic security to the Afghan National Army and police forces. Now, the country’s presidential election has reached a deadlock with the new government waiting to be formed. If the new administration continues to be out of service or is formed but not capable enough to initiate political reconciliation and economic reconstruction, the country’s domestic security will remain problematic.

The SCO nations’ moves to strengthen cooperation in defense and security went beyond the organization’s natural agenda to develop itself. Since its establishment in 2001, its fast development and growing influence on regional affairs have drawn attention from the international community. Only by deepening cooperation over politics, security, economy and society, can it meet the members’ needs and lay a solid foundation for long-term development. SCO members began by cooperating over security, and it was in this field that they benefited most from the cooperation. With its member states confronted by the new challenges in the field of security, the SCO needs to strengthen cooperation on a deeper level to meet expectations and to instill confidence about the organization’s future.

Strengthened cooperation among SCO members in defense and security is helpful for regional stability. This understanding is based on the following reasons.

First, this cooperation will constitute a strong deterrent to terrorist and extremist forces in the region. The Obama administration has made it clear that the American troops will begin to withdraw from Afghanistan no later than the end of this year, so countries in the region as well as the international community are worried about security prospects in the country. If the country collapses into anarchy or even civil war, it will provide a huge stage for terrorist activities. What is more, the latest chaotic situation in the Middle East has given rise to security concerns in Central Asia and South Asia. Any failure on the part of the countries and international organizations in these regions to act in timely response would deliver the wrong signal to the terrorist and extremist forces, encouraging them to take adventurous actions. Therefore, joint military drills and other moves taken by SCO members for defense and security cooperation will send a strong deterrent signal to the “three forces” of terrorism, extremism and separatism in the region.

Second, strengthened cooperation in defense and security will help armed forces to exchange their experience in fighting against terrorism. Since its launch, the annual Peace Mission military exercise has laid a foundation for defense cooperation. However, changes in the international situation and the emergence of terrorist threats in the region have made it urgently necessary for SCO members to increase their anti-terrorism capability through security cooperation, so as to meet new challenges.

Third, cooperation can help build up mutual trust between the member states and thus enable the SCO to play a greater role in stabilizing the region. Needless to say, political mutual trust is the foundation for defense and security cooperation, which in turn will strengthen trust. Military means alone cannot meet the threats of the “three forces.” Cooperation in politics, economy and society is also needed, and this also calls for greater trust among SCO members. In this sense, defense and security cooperation is helpful for the member states to increase their cooperation in political, economic and social fields.

In addition to their intra-cooperation, SCO members also need to increase communication with NATO and the US in anti-terrorism affairs. The SCO has had some regular contacts with the US and keeps liaisons with NATO through Turkey, a dialogue partner country of SCO. However, hostility and prejudices against SCO still exist in the US and some NATO countries. And the recent Ukraine crisis has led to tense relations between Russia and the US and EU. Due to these factors, it is still a faint possibility that the US and NATO will cooperate with SCO in defense and security to meet the regional security challenges. At present, the SCO should still focus its efforts on intra-cooperation in security, politics and economy. By doing so, the regional organization will increase its cohesion and thus enhance its ability to cope with regional challenges. And only in this way can it win respect from the rest of the world.

Shao Yuqun is Executive Director of the Center for American Studies, SIIS.