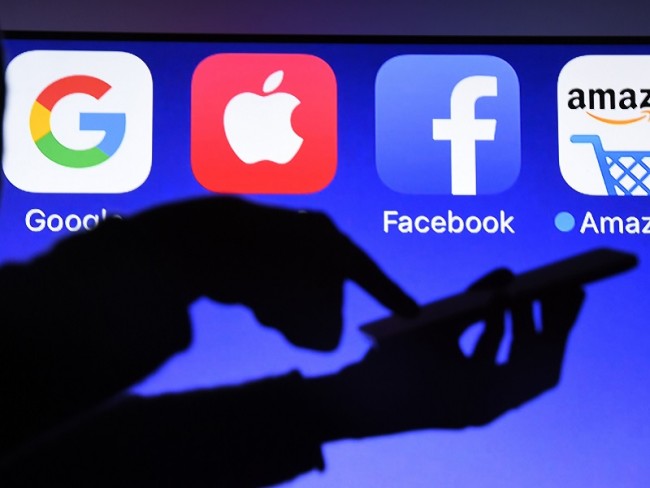 The Federal Communications Commission (FCC) voted to repeal net neutrality on December 14. The net neutrality policy required internet service providers (ISPs) such as AT&T, Comcast, and Verizon to offer equal access to all web content without speeding up, slowing down, or blocking any content. ISPs were also prohibited from charging customers differently based on content, websites, applications, or methods of communication. The basic principle was to keep the internet free and open—protecting a person’s right to share and access online content without interference. The recent action has been criticized by interest groups and internet users, who fear that without net neutrality, ISPs could slow down or even block certain content, and so restrict free access to online information.

When it comes to internet freedom, China was at the opposite end of the spectrum from the U.S. The Chinese system is often called “non-neutrality.” In mainland China, specific keywords and websites are blocked by state-owned ISPs under the communist regime. Is the repeal of net neutrality in the U.S. moving the country closer to a Chinese system of internet monitoring?

Under the leadership of Ajit Pai, a Republican appointed by President Trump, the FCC rolled back this policy, which was established in 2015 during the Obama administration. Pai justified this decision by framing it as a means to lift heavy internet regulations. “The FCC will no longer be in the business of micromanaging business models and preemptively prohibiting services and applications and products that could be pro-competitive,” he told Reuters. “We should simply set rules of the road that let companies of all kinds in every sector compete and let consumers decide who wins and losses.” In other words, the FCC backed the idea of ‘small government’: that a truly open internet would be free of government interference.

Without the net neutrality rule, capitalism now manages the internet. The large ISPs are now able to decide what web content consumers can get and at what price. While this marks a victory for giant ISPs, this action is breeding discontent among internet companies and online retailers. High traffic web companies such as Google, Facebook, Netflix, Amazon, and thousands of other companies are speaking out against Pai and urging the FCC to rescind the rule.

Small business owners and e-commerce start-ups also fear that the ISP giants could leave them on an unfair playing field. If inequality and a rise in price become a reality, access to the internet will be a serious entry barrier for poorly funded startups. Start-up miracles, where a business becomes successful due to its unique idea and its creativity, will be less likely to happen in an environment without net neutrality. In an open letter to the FCC, a group consisting of more than 1,000 small businesses wrote, “The success of America’s start-up ecosystem depends on more than improved broadband speeds. We also depend on an open internet—including enforceable net neutrality rules that ensure big cable companies can’t discriminate against people like us.”

The repeal of this policy could affect our everyday life in the U.S. Many consumer advocates are concerned that ISPs may start “selling the internet,” in a similar way to how cable television or mobile phone plans are sold today. For example, in countries with a different policy, such as Britain and Portugal, ISPs are splitting internet services into packages or monthly plans. Also, streaming services such as YouTube, Netflix, Hulu may have to raise their prices to maintain their quality of service in competition with subsidiary services of ISPs. Comcast, the largest ISP in the U.S., is also the largest cable TV company and has ownership of the largest media in the world—NBC Universal. This mega-corporation may turn into a monopolistic gatekeeper of the Internet. The American Civil Liberties Union (ACLU) has criticized the FCC’s decision, arguing that the repeal is giving too much power to IPSs and will have a devastating effect on free speech online.

In contrast to the U.S., China has a system of “non-neutrality.” Freedom on Net 2017 rated China as the worst abuser of internet freedom for the third consecutive year, followed by Syria and Ethiopia. In China, the internet is currently manipulated in two main ways: The Great Firewall, a system limiting access to a list of foreign websites that was started in the late 1990s, and the Golden Shield, a system for domestic surveillance that was launched in 1998. ISPs are given a list of problematic keywords and are ordered to block and monitor web pages with these keywords, especially anti-communist party speeches. From 2005 onwards, the government has also paid people to post pro-government messages online. This is commonly called the “50 Cent Party.”

Studies find that China has one of the most sophisticated content-filtering technologies in the world, that can selectively block a specific page within websites. Controversially, U.S. companies are involved in the development and maintenance of China’s internet filtering. Some analysts suggest that the recent large network upgrade (“CN2”) in 2004 would have been impossible without technology and equipment imported from the U.S. and other foreign companies. Cisco Systems and Juniper Networks, which are American companies, assisted China in developing filtering and monitoring capabilities. These companies have faced criticism for providing technology that limits freedom of speech in China. However, others argue that the U.S. investment in China’s internet has contributed to a faster and more effective flow of global information in the country.

During the Communist Party’s 19th National Congress in October 2017, new restrictions for the internet included an official order to delete all online references to a newly discovered species of beetle named after Xi, which censors reportedly found offensive given the beetle’s predatory nature. The government and private companies have employed around 100,000 people to police the internet. The government is predicted to increasingly use technology to strengthen regulation and monitoring.

There is an essential difference between China and the U.S.’ policies on internet and freedom of speech. Therefore, both pro- and anti-net neutrality parties have reached a consensus that the FCC’s repeal is not turning the U.S. into a China-like censorship state. Instead, pro-net neutrality advocates worry that competition among web companies will disrupt smooth internet access, the gap between the rich and poor will widen, and ISPs will control speed and content for their profit and create a monopolistic internet environment.

The core principle of net neutrality is to keep the internet as free, open, and fair as possible, to protect our right to free speech and access to information. Loosening the rules for ISPs will allow free competition among ISPs, but at the same time, the capitalistic internet will allow the rich to control the majority, leaving the poorer to share the minority of resources. While the repeal of net neutrality will not directly lead to censorship or blocking as in China, freedom and equality in the U.S. cyberspace is threatened. It is necessary for the government to set an absolute minimum to prevent these possible outcomes. Definitely, the day should not come when censorship technologies, such as those imported to China, are allowed in the U.S.