In a speech delivered in Washington on 23 February, Japanese Prime Minister Shinzo Abe said “nobody had ever challenged Japan’s sovereignty (over Diaoyu Islands) from 1895-1971.” In May, he told the US magazine Foreign Affairs quarterly: “As for the Senkaku (Diaoyu) Islands, Japan incorporated them back in 1895, after taking measures in accordance with international law. And it was not until 1971 that China made its territorial claims over the islands. The Senkaku Islands are an integral part of Japanese territory, based on both history and international law. Only after keeping silent for 76 years, and after the United Nations referred to the possible existence of natural resources underneath the adjacent seabed, did China start making their territorial claims, rather abruptly.” 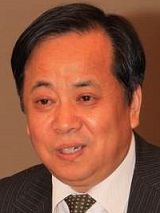 Thus Abe has raised three questions to the world through the US magazine.

The first is the claim that it was “after taking measures in accordance with international law” that Japan grabbed the Diaoyu Islands. However, Japan’s own historical records contradict this claim. Volumes 18 and 23 of the Diplomatic Documents compiled by the Japanese Foreign Ministry reveals the truth of Japan illegally occupying China’s Diaoyu Islands during the 1895 Sino-Japanese War. The following facts are undeniable:

First, an “uninhabited island” is by no means “terra nullius”. The Diaoyu Islands had been China’s inherent territory from the beginning of the Ming Dynasty to 1895. During this period of more than 500 years, the Diaoyu Islands were clearly recorded and marked in official documents, maps and marine defense maps of the Ming and Qing dynasties, which also specified that Gumi Mountain (known as Kume Island today) was the “mountain guarding the southwest border of Ryukyu” and the Ryukyu submarine trench was the border line between China and Ryukyu. Neither Japan nor Ryukyu had raised any question on this claim by China before 1895.

The second fact: By 1885, nine years before the outbreak of the Sino-Japanese War, the Japanese government had become fully aware, after three secret fact-finding missions, that the Diaoyu Islands were China’s territory which were named by China and “were known well to imperial title-conferring envoys of the Qing court” on their voyages to Ryukyu.

The third fact: The Japanese government had, by 1885, noticed Chinese newspapers’ reports of Japan’s intention to occupy the Diaoyu Islands. Worrying that its move might alert the Qing court, Japan decided to postpone the occupation and intensified arms expansion and war preparations instead.

The fourth fact: Japan launched the war against China in July 1874. In January 1895, when Japan saw the victory was within its grasp, the cabinet held a secret meeting deciding to place the Diaoyu Islands under the jurisdiction of Okinawa, the prefecture converted from Ryukyu, which Japan annexed in 1879.

Japan’s action of secretly seizing the Chinese islands it had coveted for 10 years by means of war is unfounded either in terms of law or historical facts.

The second question raised by Abe was that only after keeping silent for 76 years over Japan’s occupation of the Diaoyu Islands did China start making its territorial claims. By saying so, Abe tried to create an impression that Japan had governed the islands uninterruptedly after 1895. The fact is, it was only during the 50 yeas of its colonial rule of Taiwan that Japan got possession of the islands. During the period from 1945 to 1972, even Okinawa was not within the jurisdiction of the Japanese sovereignty, let alone the Diaoyu Islands, which had never been part of Ryukyu.

After seizing the Diaoyu Islands during the 1895 Sino-Japan War, Japan then forced China to sign the unequal Treaty of Shimonoseki and cede to Japan the island of Taiwan, together with Diaoyu and all other islands belonging to Taiwan. Given the fact that the Qing court had even lost its sovereignty over Taiwan, how could it challenge Japan over its occupation of Diaoyu, an affiliated island of Taiwan? Then, after winning the war of resistance against Japanese aggression in 1945, China recovered sovereignty over Taiwan, including Diaoyu. Wasn’t that a full-scale challenge against Japan?

For 26 years, from         1945 to 1971, Okinawa was not a territory under Japan’s power of administration but was placed under the United States’ trusteeship. During the period, the Japanese government remained silent on the sovereignty over the Diaoyu Islands. The People’s Republic of China government once lodged strong protests against the US occupying forces’ use of Diaoyu as a shooting range. As early as May 1950, there were suggestions in China that the Diaoyu Islands, including the Chiwei Islet, should not be missed in defining the territorial limits of Taiwan in the draft proposal for the San Francisco Peace Treaty talks with regard to Japan’s territorial limits. The proposal also emphasized that the sovereignty of Okinawa should be limited within the 36 isles of the former Ryukyu. The proposal was not officially put forward because China was excluded from the talks. China then announced that the Treaty was illegal and invalid.

In 1969, Japan and the United States intensified explorations of energy resources in waters adjacent to Diaoyu. On 4 December, 1970, the Chinese newspaper People’s Daily carried an article condemning the Japanese and American moves. On 29 December, the People’s Daily commentator pointed out: “The islands of Diaoyu, Huangwei, Chiwei, Nanxiao and Beixiao, like Taiway, have been China’s territory since ancient times.”

Given all these facts, the allegation that China had kept silent until 1971 must be disputed.

Abe also claimed that there had been no dispute between China and Japan about the Diaoyu Islands and that both countries had never reached a consensus on shelving the dispute.

The dispute originated from 1971, when Japan and the US reached the “agreement on returning Okinawa”, which included the Diaoyu Islands in the “area to be returned”. On 30 December that year, Chinese Foreign Ministry issued a statement reiterating that Diaoyu was an inalienable part of Chinese territory and denouncing the move to include Diaoyu and other isles in the “area to be returned” as “totally illegal”. Three months later, on 8 March, 1972, the Japanese Foreign Ministry issued the Basic View on the Sovereignty over the Senkaku Islands. Since then, the Sino-Japanese dispute over the sovereignty of Diaoyu has continued for more than 40 years.

When China and Japan achieved normalization of diplomatic relations in 1972, the two countries decided to shelve the dispute over Diaoyu. On 25 October, 1978, then Chinese Vice-Premier Deng Xiaoping mentioned the dispute in a media interview during his visit of Japan. He said: “When China and Japan normalized the diplomatic relationship, both sides agreed not to tough upon this issue. This time we again agree not to tough upon this issue. There is no problem shelving the issue for the time being.” All Japanese people present at the scene applauded at Deng’s words. Nobody raised any objection. From then on till 1996, the Japanese government never denied that both countries had reached tacit understanding on shelving the dispute.

Now that the Japanese side does not acknowledge the fact of shelving the Diaoyu dispute, China will not shelve the issue unilaterally, either. Since September, 2012, China has normalized regular maritime law enforcement cruises in waters around Diaoyu. The Sino-Japanese dispute over the sovereignty of the Diaoyu Islands has entered a new stage.