Will China’s “Internet Plus” Agenda Contradict its Principles of Cyber-sovereignty?

In their assessments of the recent Wuzhen World Internet Conference, most foreign observers focused on its implications for global Internet governance (GIG), and in particular, China’s bid to establish sovereignty as the dominant principle underpinning the GIG architecture. This is, of course, an important topic. As Internet and information technology penetrates into increasing areas of social, economic and political relevance, it seems that many of the old unwritten rules and ideas are unravelling. The techno-optimism of the 1990s is rapidly making way for a climate of trepidation, including concerns ranging from the more mundane, such as online bullying, to matters of global security and stability. Consequently, the question of how online processes should be governed is at the forefront of debates within countries and at the international level. China’s position is that the Internet is a mere reflection of physical space, and therefore should be subject to similar norms that are defined in classical, 19th century diplomatic terms. National governments hold the monopoly of power within their territory, and should not be subject to external interference. 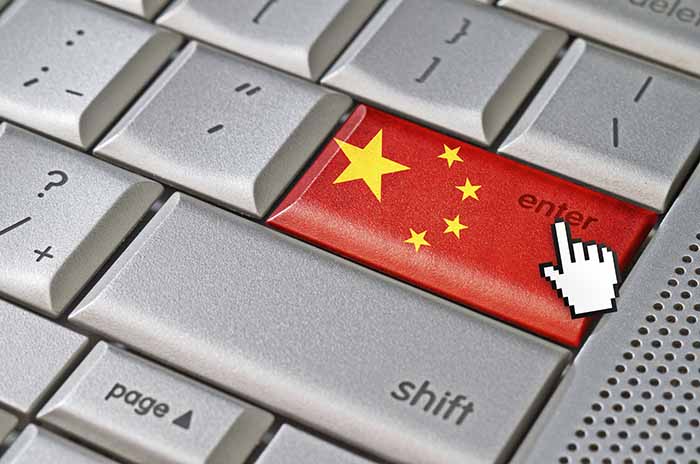 Whatever one might think about validity of that foundational principle, it does raise difficult questions when one takes into account the essentially cross-border nature of the Internet. The principle of sovereignty arose at a time when interstate activities were relatively limited in scope, and therefore easily managed. Yet now, as terms such as “Industry 4.0” are bandied around as novel management jargon, and digital data seems to become a most valuable resource, strict border controls in cyberspace or demand for data localization may impede the Internet’s global economic potential of which China eagerly pursues a share. Moreover, as even de minimis acts have the potential to go viral and attract huge audiences, questions must be asked as to where jurisdiction ends. A few days ago, it was reported that Chinese state media called for the punishment, under Chinese law, of a German citizen who compared Mao Zedong to Adolf Hitler. But if such expressions violate China’s cyber-sovereignty, one might equally ask how to deal with, for instance, PLA colonel Dai Xu. In a post on his microblog, colonel Dai alleged that bird flu was an American plot to attack China.

Problematically, on this and many other questions, China hasn’t yet formulated a clear and detailed response, beyond its insistence that the International Telecommunications Union (ITU), an United Nations body, should play a more important role. Indeed, the ITU’s secretary general Zhao Houlin gave a speech at Wuzhen that clearly hinted at an intensifying engagement with China. As one practical step, this conference saw the establishment of a high-level working group, chaired by ICANN CEO Fadi Chehade and Alibaba founder Jack Ma, to contribute to the development of China’s Internet, as well as to facilitate international engagement.

Unsurprisingly, Western media have not responded positively to this initiative, nor to the principles for GIG put forward in a speech by Xi Jinping. It was, for instance, pointed out that foreign conference attendees were able to enjoy unfettered access to the global Internet while domestic censorship efforts continue to be strengthened. Alterations to the transcript of a speech by Wikipedia founder Jimmy Wales, to remove references to online challenges to state power, were further seen as proof of China’s duplicitousness.

It is certainly the case that such actions don’t necessarily burnish China’s reputation in the eyes of an already deeply suspicious West. Yet at the same time, the question on how to engage with China in the realm of cyberspace remains largely unanswered, as it does in other policy areas. Perhaps the Wuzhen Conference is yet another manifestation of that broader tendency in international politics, where China perceives that its interests are not served best through the existing international order and thus creates new institutions. In these, such as the Asian Infrastructure Investment Bank, Western (and particular American) participation is largely absent.

At the moment, that is certainly what it looks like. Where few senior European and American representatives attended Wuzhen, their Chinese counterparts are equally invisible in forums such as the London Process conferences and the Internet Governance Forum. But to compare Internet governance to something like the Asian Infrastructure Investment Bank overlooks one crucial point: there’s (supposedly) only one global Internet. While it may provide satisfactory moral purity to reject China’s overtures, it also increases the risk that China might further raise its own online barriers, or provide greater incentives to build a stronger regional “coalition of the unwilling” to challenge the status quo. Certainly, a strong Central Asian turnout at Wuzhen seems to signal intentions in that direction. In other words, wishing the problem away doesn’t solve it.

Apart from global governance issues, Wuzhen also offered an interesting perspective on domestic politics for keen China watchers. Xi Jinping’s presence seems to indicate wholehearted support for the ambitious Internet development agenda that has been presented over the past year. Indeed, “Internet Plus” was perhaps the single most used buzzword at the conference.

Most obviously, the Internet Plus agenda has important economic ramifications, at a time where economic news about China has largely been less than positive. But it equally presents political signalling. Recent reports indicate that the Xi administration is coming down hard against internal dissent against government policies. Perhaps unsurprisingly, Xi’s sustained anti-corruption campaign, as well as his announcement of profound economic and political reforms, seem to have led to fatigue and hedging with the bureaucracy. In turn, frustration about the slow pace of reform implementation has grown at the top.

Embracing the Internet provides two channels by which the centre can bypass a bureaucracy that it might see as sclerotic. First, the Internet economy relies comparatively little on the large, well-connected SOEs that have become vested supporters of the status quo. Second, Internet technology might provide tools to monitor policy implementation and officials’ performance at the local level, putting paid to the cliché that “the mountains are high and the Emperor is far away.”

This bid for domestic control doesn’t necessarily preclude a deeper engagement with foreign actors. Rather, it can be expected that China’s leadership will develop increasingly sophisticated means to reap the benefit of such interactions – ranging from access to superior foreign technology to commercial opportunity. At best, the new Wuzhen Initiative might provide a conduit for messages sensitizing political elites to the importance of a continued, integral global Internet. Yet at the same time, one must not forget that the Chinese authorities will continue to seek an international legal imprimatur for the power they already enjoy in practice: the ultimate ability to decide who is publicly active on China’s Internet.