No Space for Coexistence in the American and Chinese Tech Sectors 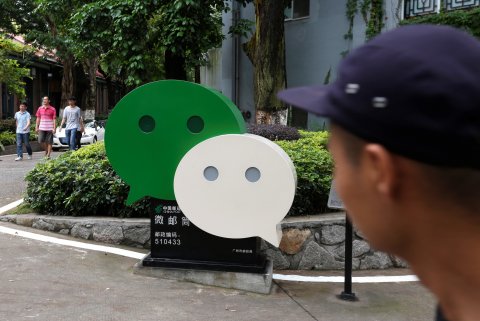 In the United States, the consumer tech sector is dominated by a few huge firms: Apple, Google, Facebook, Amazon, and Microsoft. In China, the major players are Baidu, Alibaba, Tencent, Huawei and Xiaomi. In many markets around the world these companies are direct competitors—Amazon and Alibaba are competing for customers in Singapore and India, Baidu and Google have gone head-to-head in Brazil, and Tencent’s WeChat is facing off against Facebook’s WhatsApp in countries all over east Asia. And yet, in their home markets, these companies have historically faced relatively little competition from these rivals.

Partly, that’s because the Chinese government has for years famously blocked or throttled several major American online services, including Facebook, Google, and Twitter. This kept the Chinese market free for Chinese equivalents of those companies to come in and cater to the domestic population. And unlike smaller countries with fewer people, China didn’t have to worry about whether their citizens could, on their own, support an entire new social networking site or search engine. China and the U.S. are both uniquely situated in the global tech economy as two of the only nations in the world with sufficiently strong, stable domestic tech sectors that they can afford to block major overseas competitors without fear of significantly undercutting the products and services available to their own citizens.

Of course, not every American tech firm has been kept out of China. Apple and Microsoft both do a steady business there and Amazon has a small but ongoing presence in the country. But if the Chinese government has been willing to let at least some foreign firms compete with its domestic champions in the tech sector, it’s not clear that the same is true of the U.S. government. Earlier this year, when Chinese electronics manufacturer Huawei appeared to have reached an agreement to sell its smartphones in the U.S. through a partnership with AT&T, the U.S. government stepped in to dissuade the mobile carrier from moving forward with the deal.

Huawei is the first Chinese tech firm that the U.S. government has directly intervened against, but it was also the first Chinese tech firm that appeared to have found a viable path into the U.S. market. Baidu, Alibaba, and Xiaomi are unknown to most Americans, and even WeChat, which has had relatively more success attracting U.S. users than its counterparts, has struggled to achieve the kind of widespread adoption in the U.S. that it has in China.

Both the Chinese and U.S. governments have said that these decisions to block or hinder each others’ tech firms stem from concerns about national security and safety rather than economic motives. China’s rationale for blocking U.S. social media sites appears to be tied to the potential for those sites to help political protesters communicate and organize, or to spread information that might otherwise harm or undermine the current government. The United States, for its part, explained the decision to lobby against Huawei’s deal with AT&T as motivated by concerns that the Huawei phones could be used by the Chinese government for espionage purposes.

Undoubtedly, there’s some truth to these concerns—the Chinese government, presumably, really does fear the ways that a site like Facebook could be used to help organize protests, or the potential for a website like Google to spread politically damaging information. So, too, the U.S. government may have some valid concerns about the security of Huawei devices (and they might be especially well equipped to judge that security since years ago, the NSA itself tried to sabotage Huawei devices for espionage purposes).

But safety and security concerns aside, it’s impossible to view decisions about how each of these countries treats the other’s tech giants as being divorced from the ongoing economic fight for dominance in the global tech sector. In January, at the World Economic Forum in Davos, Switzerland, U.S. Commerce Secretary Wilbur Ross referred to China’s ambitious 2025 plan to ramp up its high-tech industry as a “direct threat” to the United States that was likely to be carried out by means of commercial espionage and stolen intellectual property. Ross’s claims that Chinese firms were competing unfairly with U.S. competitors in the tech sector hinted at the U.S. government’s willingness to continue to intervene on behalf of its own domestic companies.

Already, the commercial tech sector is dominated by only a small number of very large firms. And there is significant scrutiny right now focused on the tendency of the online economy to foster monopolies and the resulting power each of these companies wields given limited competition. Competing with the likes of Apple, Google, or Facebook is simply beyond the capacity of most companies—except, perhaps, their Chinese equivalents.

What’s striking about the position of the Chinese government towards U.S. tech firms—and now that of the U.S. government towards Chinese tech firms—is how unwilling they appear to be to let even that small amount of competition creep within their borders. In many other countries around the world, consumers do in fact have some greater choice among different tech firms and services as the different U.S. and Chinese companies compete for customers. But that competition all but disappears inside the U.S. and China, where the domestic firms have all but vanquished their overseas competitors, with a little help from their respective governments.

TechnologyInformation TechnologyChina-U.S. Economic Relations
printTweet
You might also like
Back to Top
CHINA US Focus 2022 China-United States Exchange Foundation. All rights reserved.