From Pyeongchang to Peace? 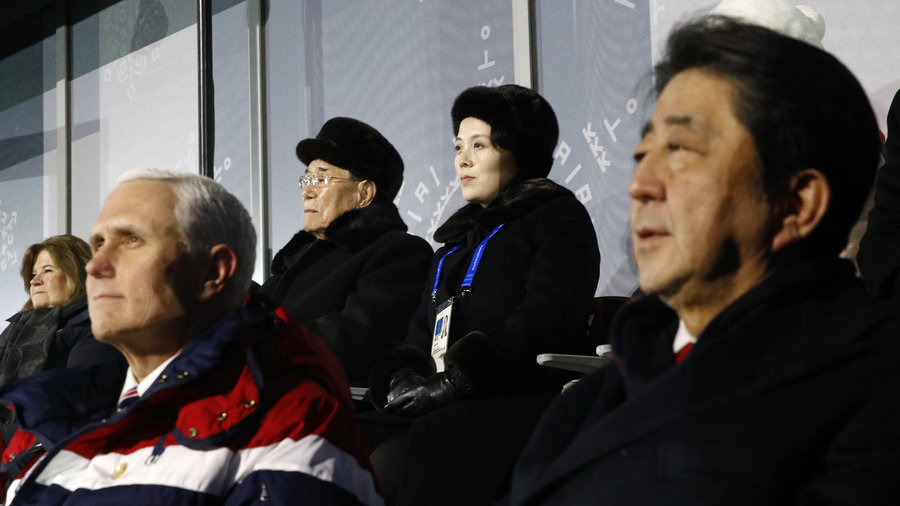 After some two years of rising tensions on the Korean Peninsula, the reprieve, however brief, that the upcoming Winter Olympics in the South Korean city of Pyeongchang promises to bring is more than welcome. But, with some military experts estimating that the probability of war now surpasses 50%, complacency is not an option.

After years of accelerated missile development, which culminated in successful tests of intercontinental ballistic missiles and, allegedly, a hydrogen bomb last year, North Korea’s nuclear program has become an imminent threat not only to its neighbors, but also to the United States. The response of US President Donald Trump’s administration – which has included unprecedented saber-rattling on Twitter – has escalated tensions further.

Yet, on January 1, North Korean leader Kim Jong-un called for better relations with the South, before agreeing to participate in the Olympics. What accounts for Kim’s sudden extension of an olive branch to South Korea?

Since coming to power in 2011, Kim has been committed to a policy called the “Byungjin line,” which emphasizes parallel goals: economic development and a robust nuclear weapons program. With one of those goals now ostensibly achieved, Kim has shifted his focus to securing new economic opportunities for North Korea’s sanction-battered economy. For example, the sanctions imposed in September 2017 on textiles, coal, and other exports are said to have reduced North Korean exports by 90%. According to South Korea’s central bank, North Korea’s economy grew by 3.9% in 2016, but may have contracted in 2017.

Kim now seems to have decided that his best hope for boosting North Korea’s economy, without reversing progress on its nuclear program, is to weaken the international coalition enforcing the sanctions. His campaign begins with South Korea, where he is attempting to use ethnic nationalism to drive a wedge between that country and its US ally and potentially even to convince it to abandon the alliance altogether. In the longer term, Kim appears to hope that he can convince the international community that it can co-exist with a nuclear North Korea, much as Pakistan did.

But South Korea is unlikely to be fooled so easily. Since his inauguration last May, President Moon Jae-in has known that he needed to find a way to mitigate the existential threat of nuclear war. So he decided to treat the Winter Olympics as an opportunity not only to defuse tensions on the Korean Peninsula, but also to spur momentum for dialogue on denuclearization.

While the possibility that South Koreans may be drawn into North Korea’s honey trap cannot be ruled out, most Koreans, including young people, have had their fill of the North’s provocations, and are highly unlikely to be seduced by Kim’s charm offensive. Moon himself made it clear last month that no improvement in the South’s relationship with North Korea will be possible without denuclearization. Indeed, his efforts to open a dialogue with the North seem to be driven by cool diplomatic realism, not naïve idealism.

As for the US, its take on the intra-Korea dialogue reflects a mixture of skepticism and expectation. Trump has expressed support for the effort, but Americans remain concerned about any potential strain on their country’s alliance with South Korea.

More dangerous, some US policymakers continue to entertain the possibility of delivering a “bloody nose” strike to the North – a decision that could cost hundreds of thousands of lives. After all, there is no guarantee that North Korea would be able to discern whether it really is a one-time strike, or a declaration of war. And even if the North could read the Trump administration’s intentions, there is no telling how it would respond.

To help prevent this outcome, and with Kim refusing to discuss denuclearization with his “brethren” in the South (at whom he claims his missiles are not aimed), Moon now must figure out how to build up the intra-Korea dialogue to enable talks between North Korea and the US. To this end, a quiet meeting between the second-highest officials of the two countries – US Vice President Mike Pence and President of the Presidium of the Supreme People’s Assembly of North Korea Kim Yong-nam, both of whom are expected to come to Pyeongchang – might be possible.

But, ultimately, it is Trump who needs to seize the opportunity to initiate talks. The fact is that, despite their importance, sanctions alone cannot bring about the outcome desired by the US or its allies. Talks are needed, if only to try to find out the North’s true intentions: is its nuclear program a defensive or offensive project? For that, the Trump administration will need to move beyond the “maximum pressure” promised by its stated North Korea policy, and get started on the “engagement” that it also acknowledges will be indispensable to forging a solution.

OlympicsNorth KoreaSouth KoreaKorean Peninsula
printTweet
You might also like
Back to Top
CHINA US Focus 2022 China-United States Exchange Foundation. All rights reserved.