Rethinking the Foreign Media’s China Coverage: Is it Biased? 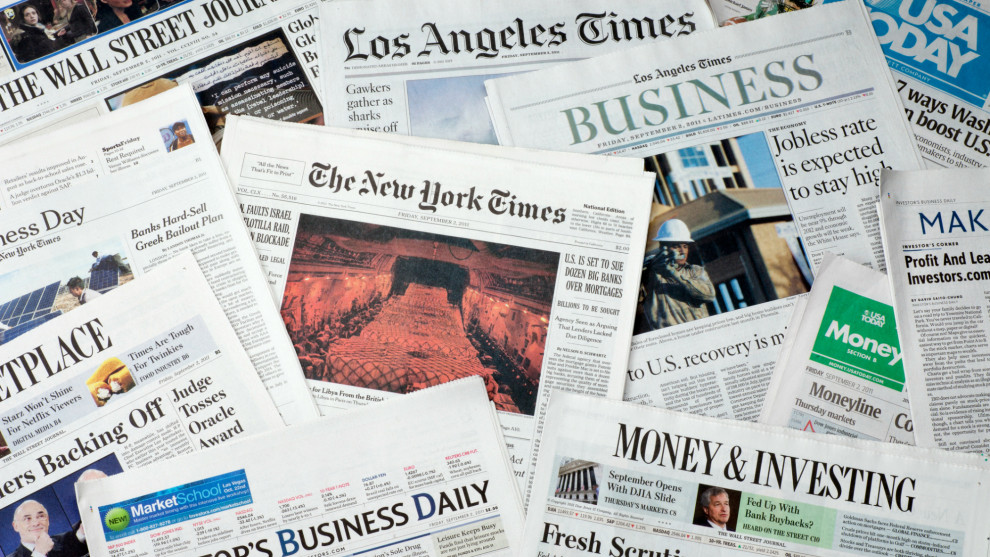 When President Trump accused The New York Times and Washington Post of being fake news, the People’s Daily agreed, publishing an op-ed in November last year that argued, “for years, China has long been on the receiving end of Western media bias.” It accused the American media of “casting China in a negative light” and “ignoring China’s achievements in poverty alleviation and human rights.” Many Chinese nationals are even more critical— some have even argued that American newspapers bear hostile intent toward China. On Zhihu, the Chinese equivalent of Quora, the most searched question associated with the foreign media is: “Why does the foreign media always denigrate China?”

The treatment American media organizations have received in China has been long unwelcoming. Ever since 2008, the popular website “Anti-CNN,” which claims to expose the “lies and distortions of facts from the western media,” popularized the notion that western media organizations are heavily biased against China. “You cannot be too CNN-like” became the Internet catch-phrase of the year.

In 2014, the People’s Daily’s America correspondent wrote a piece titled, “The New York Times is bad for you and bad for the world.” It argued that The New York Times has a Cold-War mindset and is unable to acknowledge China’s achievements. The People’s Daily has an entire website based around what it perceives as “the prejudice of western media,” which lists all of the news stories it claims are “biased against China.”

With Trump’s election to the presidency, his personal feud with the American media has only helped to reinforce the negative view towards the American media in Chinese society. “If the President of the United States claims that his nation’s leading media outlets are a stain on America, then negative news about China and other countries should be taken with a grain of salt,” wrote the People’s Daily. During Trump’s visit to Beijing last year, the Chinese media applauded him for showing respect for President Xi. The Global Times published an editorial saying, “many leading U.S. media outlets are now discredited among the Chinese public…partly due to their subjective opposition against Trump.”

Is there a Predominance of Negative Coverage on China by the American Media?

Two central reasons why many Chinese nationals consider the American media’s coverage of China biased are: first, they believe American media outlets are obsessed with certain issues to smear China— the issue of human rights in particular— and second, they argue that China coverage is disproportionately negative.

But if one examines the most recent month of The New York Times’ China stories, it seems there is no obsession with a singular issue and the stories definitely exhibit no hostile intent. Of the 68 news stories on China, twelve are political stories, among which eight are related to human rights, while four are on elite corruption. In comparison, stories on Chinese foreign policy account for the highest figure, with 22 stories related to China’s international engagement. Social issues, oftentimes believed to be underreported, still have a fair share of eight stories.

If there is a fair degree of diversity in the topical demographics of China coverage, then where does the impression that coverage on China is unfair come from? One of the most recent pieces by The New York Times’ China senior correspondent Edward Wong can shed some light. In his most recent piece, Wong argues that on the international stage, China acts as an empire whose power is mostly based on military and economic might instead of on ideas and values. Domestically, he argues, the government resorts to hard power and coercion in dealing with its own people.

This is a very familiar concept in much of the American media’s China coverage. For example, in the The New York Times’ recent story on the closure of migrant schools in China, the reporter argues, “the campaign has pitted migrant workers’ dreams of better lives against an authoritarian vision of an orderly, regimented society embraced by the ruling Communist Party.” It goes on to illustrate the forceful and sometimes even brutal ways the authorities closed down migrant schools.

When it comes to coverage of China’s foreign policy, the argument that China is operating like an imperial power is even more explicit. Whether it is the story of Chinese investors flocking to Cambodia to buy up real estate, or increased demand in China for donkey hides that is resulting in the disappearance of donkeys in Africa, or Chinese shipping companies creating a transport hub in Kazakhstan to “test the economic logic of China’s ability to carry out its ambitions,” the common theme running through these stories is that China is using its economic might to advance its geopolitical ambitions. It is argued that this process is leading to a disruption of other countries’ lifestyles and interference in other countries’ politics.

Whether this is true or not, it is an argument that Chinese nationals are not attuned to. Calling China an imperial power is perhaps the biggest oxymoron to many Chinese people. From a young age, Chinese students are taught that China went through centuries of humiliation at the hands of an imperial power and as a result, would never operate like an imperial power. Anti-imperialism is believed to be the nature of Chinese foreign policy. When it comes to Chinese nationals’ relations with the state, the state is oftentimes conceived as a parental figure. “Motherland China” is a phrase most commonly used by Chinese nationals to refer to their own country. To criticize one’s parent would no doubt cause many to take offence.

Generally, Chinese citizens reject the portrayal of China as an imperial power for two reasons: there is a cognitive dissonance between their idea of the state and the American media’s portrayal of it, and also because there are differing conceptualizations on the role of the media in society between China and the United States.

Last year, after President Xi’s visit to the People’s Daily, Xinhua News Agency and China Central Television, he delivered a speech which set the tone for the role of the state-owned media. The media should, he said, “raise high the banner of Marxism-Leninism.” Even in The Paper, a Shanghai-based online news website famous for its outspoken nature, critical approaches to the state are virtually non-existent. For example, as Foreign Policy noted in 2015, in The Paper’s translation of The Economist’s cover story, “translators neatly excised negative conclusions and ominous predictions about trouble China may be creating for itself in the future.”

This is why it is very hard for American media outlets to challenge the deeply entrenched notion that the state is a benign parental figure in the minds of Chinese people. Not only are Chinese brought up believing it, their reading of everyday Chinese-language media confirms it. A Princeton study which surveyed more than 3,000 Chinese internet users reached a surprising conclusion that, though state-run sources are deemed to have the most pro-government bias, they are still regarded as the most trustworthy sources because of familiarity with these outlets’ brands and content. This means that Chinese people, when comparing the overwhelmingly positive coverage on China by state-run media versus the critical approach taken by American media, are likely to attribute the blame to American news outlets, accusing them of committing the sin of “selective reporting” to denigrate China.

What is thus needed between the Chinese public and the American media is more empathy. American media outlets should come to the realization that Chinese people, the very subject of their media scrutiny, deserve to be portrayed not as imperial subjects, but as people with autonomy and initiative, although this sometimes may be circumvented by government regulations or social constraints. At the same time, Chinese people should be aware of the media culture in the U.S. There is nothing wrong with American journalists seeking to expose the wrongdoing of President Trump or any other government. If the media wants to fulfill its essential role as a watchdog, negative coverage is not only unavoidable, but should be the norm.

MediaSocial MediaChinese Culture
printTweet
You might also like
Back to Top
CHINA US Focus 2023 China-United States Exchange Foundation. All rights reserved.