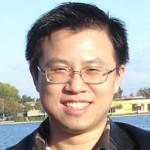 Wang Dong is an Associate Professor at the School of International Studies and Executive Deputy Director of the Institute for China-U.S. People-to-People Exchange, Peking University. He is also a member of the academic committee of Pangoal Institute.
Back to Top
CHINA US Focus 2021 China-United States Exchange Foundation. All rights reserved.