How We Should Not Misread China?

On March 25, 2014, President Xi Jinping met President Barack Obama on the sidelines of the third Nuclear Security Summit in The Hague. Xi’s remark on bringing the best regards of Michele Obama to her husband prompted a knowing laugh from the US president, but beyond that, the two engaged in a substantive conversation that touched upon a wide range of bilateral, regional, and global issues. Xi expressed the hope that when it comes to territorial disputes in the East China Sea and the South China Sea between China and some US allies and partners, the United States would take into consideration the Chinese perspective, “adopt an objective, fair, and just attitude, distinguish right from wrong (fenqing shifei), and do more things helpful to promote proper resolutions to the issues and to ease the situation.” Xi’s view is widely shared by the Chinese public. In fact, one might argue that the absence of the Chinese perspective may have led to much of the misreading of China’s behavior. 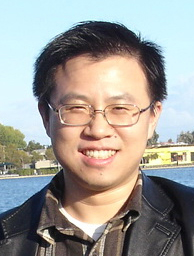 The respected scholar Bob Sutter’s commentary in The Asan Forum falls into the sweeping discourse of Chinese assertiveness that may have misread Chinese behavior.
Take China’s establishment of the Air Defense Identification Zone (ADIZ) in the East China Sea for example. From the perspective of crisis prevention and management, the way the ADIZ was rolled out could have been improved. China could have better communicated and consulted with neighboring countries and other stakeholders, including the United States, so as to minimize the negative repercussions that might result from the abrupt announcement of the ADIZ in November 2013. That being said, fair-minded American scholars and policymakers would nevertheless acknowledge that China has the legitimate right to set up an ADIZ, since the right to establish an ADIZ falls under the discretion of a sovereign nation. In any event, framing China’s set up of the ADIZ as a case of Chinese aggression not only is misleading, but also reminds one of the old saying, “One man may steal a horse, while another may not look over a hedge” (or in Chinese, zhixu zhouguan fanghuo, buxi baixing diandeng, literally meaning, “the magistrates are allowed to set a fire, while common people are forbidden even to light lamps”). In the eyes of many Chinese, the hypocrisy of the US and Japanese criticism could not be more evident: the United States never consulted China when the US occupation forces in Japan unilaterally established the first ADIZ in the East China Sea (its administration was then transferred to Japan in 1969), nor did the Japanese government consult China when it unilaterally expanded the ADIZ several times afterwards, most recently in 2010, leaving the expansive boundary of Japan’s ADIZ as close as 130 km from the east coast of China’s Zhejiang province.

The United States responded to China’s ADIZ announcement by registering strong opposition and flying two B52 bombers, albeit unloaded and unescorted, into the Chinese ADIZ. However, when Vice President Joe Biden visited Tokyo in December 2013, he refused to join Prime Minister Abe Shinzo’s call for publicly demanding that China “withdraw” its ADIZ. Moreover, the US government advised US commercial airlines to comply with the Chinese government’s requirement for prior notification when flying through the zone. The Obama administration’s handling of the ADIZ case has been criticized by conservative voices in the United States as “kowtowing to Beijing.” Such an accusation is wrong-headed. Those critics fail to understand several things of which US policymakers are keenly aware: first, the United States does not have the legal or moral basis to demand that China “withdraw” its ADIZ; second, the United States should make decisions based on its own interests not that of Tokyo and, clearly, on this issue, interests are not completely aligned; and, third, in an alliance relationship, it is the United States that should dictate, not the other way around.

Admittedly, China’s establishment of the ADIZ was partly designed to pressure Japan to acknowledge the existence of a sovereignty dispute over the Diaoyu (Senkaku) Islands. The current China-Japan standoff was triggered by the unilateral Japanese action to “nationalize” the islets in September 2012, a move not only opposed by Beijing, but also strongly advised against by the Obama administration. While putting pressure on the Japanese government, Beijing has from the very beginning urged Tokyo to “rectify the mistake” and return to the track of resolving the problem through diplomatic consultations and negotiations. For analysts who take a longer historical perspective, it should be clear that the Japanese government’s denial of the existence of a sovereignty dispute over the islets, along with its denial of the tacit agreement to shelve the disputes, reached between the older generations of Chinese and Japanese leaders, has shaken the very foundation of the “tacit consensus” that has helped to maintain stability over the Diaoyu/Senkaku issue for most of the past three decades since normalization. Indeed, quite a number of leading US strategic analysts and former senior officials have noted that, as one of the first steps to de-escalate and eventual resolve the crisis, Japan should acknowledge the existence of the dispute. In fact, given the stakes involved for both Beijing and Tokyo, the only feasible way out of the impasse might be to re-shelve the dispute. In any event, the Japanese discourse of portraying China as an aggressor in the dispute is highly biased, and strategic analysts should be mindful of quickly buying into such a one-sided view without careful examination of the historical evidence.

Take the recent tension over the Ren’ai Reef (or the Second Thomas Shoal) as another example. We have to recall what happened to it in 1999. NATO bombed the Chinese Embassy in Belgrade on May 8, 1999, triggering a serious diplomatic crisis between Beijing and Washington. Taking advantage of the situation, the Philippines sent a landing vessel the next day to essentially illegally occupy the reef, using the pretext of the breakdown of the ship. The Chinese government has since then repeatedly demanded that the Philippines tow away its vessel. Reneging on the promise to do so that it had made to Beijing, Manila used a variety of excuses to procrastinate. Now it has declared that the grounding of the vessel was, indeed, intended to “occupy the reef.” The recent crisis is again triggered by Manila’s efforts to beef up its “presence” on the reef by trying to consolidate its dilapidated naval vessel and build a more permanent facility in apparent violation of the 2002 Declaration on the Conduct of Parties in the South China Sea. One might argue that Manila wanted to trigger a crisis so as to cement the US commitment, secure aid from Washington and Tokyo, and help to build its case against China before the tribunal in The Hague.

The Chinese leaders’ and public’s frustration and bitterness, if not anger, arises from this pattern: Whenever a US ally makes a provocation, they do not hear any criticism from the United States, but as soon as China responds to those provocations, the United States begins accusing China of assertiveness and aggression. While steadfast in defending China’s sovereignty and territorial integrity, the Chinese government has long advocated managing and gradually resolving maritime territorial disputes in the spirit of “shelving disputes, and joint development.” China is genuinely eager to settle the territorial disputes in the South China Sea through peaceful consultations, dialogue, and negotiations with other claimant countries. However, there is also a widely shared, and growing, perception in China that in the past decade China’s “goodwill” and “self-restraint” have been met with “bad faith” and opportunism among some claimant countries. Moreover, many in China believe that the United States has been encouraging, if not enabling, some claimants (i.e., the Philippines) to make provocations, as a way to facilitate US rebalancing to Asia, if not containment against China. Managing such a perception gap is a challenging task for policymakers on both sides of the Pacific Ocean.

Looking closer at the situation, one might admit that China and the United States, in fact, have a shared interest in maintaining the freedom of navigation in the South China Sea. As China’s power continues to grow, China now is willing to assume more international responsibility, active in the provision of regional and international public goods. A few examples may suffice: China is the largest contributor to the UN Peacekeeping Operations (UNPKOs) among the five permanent members of the UN Security Council; it is actively participating in the international counter-piracy efforts in the Gulf of Aden, leading the UN-mandated naval mission of escorting chemical weapons out of Syria, and recently, actively joining the international research and rescue efforts for the missing Malaysian airplane MH370. I think “pro-active” is a better term than “assertive” to describe China’s foreign policy activism.

One hallmark of the remarkable transition taking place in China is that it has increasingly become a pluralistic society. Stereotype frameworks or labels such as authoritarian regime vs. democracy are misleading, and might render policy thinking over-simplistic. Analyses and conclusions drawn by applying those labels need to be treated with caveats. Much like there are some analysts in the United States who strongly advocate a containment strategy against the rising China, there are radical voices in China who argue for “pushing the US out” of the Asia Pacific. Neither represents official views or policy. In China, mainstream observers and leadership views remain sober-minded.

More broadly, we have to be very careful in assuming that China’s strategic goal is to “erode” or challenge US “leadership” (Sutter’s use of the term “leadership” seems to suggest that it is of a zero-sum nature, which is debatable), if not hegemony. Such a zero-sum view of the relationship between China, the rising power, and the United States, the established power, may fit realist assumptions. Yet, such assumptions are dubious. Moreover, they help produce and reproduce narratives that will prove to be self-fulfilling prophecies.

I agree with Sutter’s perceptive observation that interdependence and respective domestic preoccupations have brought restraint to both China and the United States. Amidst uncertainties regarding the other’s intentions, both have adopted a hedging strategy that aims to minimize strategic risk, increase freedom of action, diversify strategic options, and shape the other side’s preferences. However, to maintain the equilibrium of a balanced hedging portfolio is not easy. As US policymakers have learned, overemphasis on the military and security dimensions of the US rebalancing to Asia during the first Obama term has increased the security dilemma between China and the United States. Now US leaders emphasize that engagement with China is one of the pillars of rebalancing to Asia, and that the two presidents are committed to building a “new model of major country relationship” (xinxing daguo guanxi), which aims to transcend the zero-sum logic of great power conflict and war.

Looking ahead, US-China relations have now entered into a challenging period. As China continues to rise, how to prevent Beijing and Washington from falling into the “Thucydides trap” will be of vital importance to regional as well as global peace and stability. As Robert Jervis once sighed, “Self-righteousness and lack of empathy are common characteristics of statesmen.” Self-righteousness leads to misunderstanding, misperception, and miscalculation. Taking into account the other side’s perspective is the first step in redressing such problems.