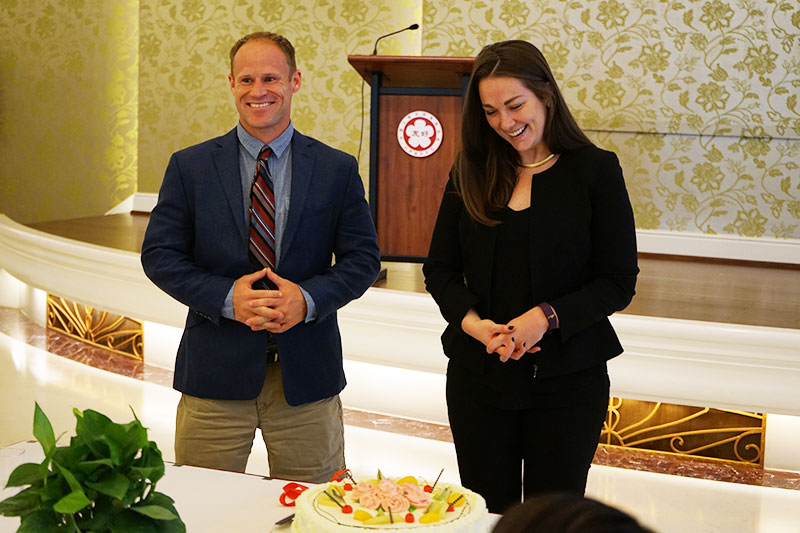 As my first experience in China, this was an extremely informative journey. I had several misperceptions going into the trip, based on the reporting of Western media as well as word of mouth. However, in order to understand a place better a person must see and experience it firsthand. Although I cannot claim to fully understand China from a 10-day travel experience in which an enormous amount of the country was not seen, I can now say with confidence that I understand the country much better than before, and that Americans should be aware of these biases inherent in our media's reporting.

As such, I think that the dialogue between American students and Chinese was very important. Examples of meetings where we were asked questions include the university visit in Xi'an and the policy think tank in Shanghai. On these occasions, we were able to field questions from Chinese scholars. This implicitly provided insight into what Chinese think of America, and their misperceptions, based on the lines of questioning. Just like American students have misperceptions of the Chinese government and of life in general in China, so do many Chinese fail to understand American politics. So, interactive meetings like the two examples were excellent forums for exchange.

The area in which I was most interested was foreign policy. Meeting with the general and the policy think tank was very useful, and helped to usher a new understanding of Chinese territorial concerns on its periphery. Similar to the US, China has strategic interests that it wants to protect. And similar to the US, China is developing its military in order to better guarantee its interests. Looking at the foreign policy dilemma from the Chinese perspective can help to unravel the problem. At the very least, this is something that US policymakers should try to do, as well as the Chinese.
Overall, I gained a better understanding of the greatness of the Chinese history, its language, the size of its people, and its way of thinking. There is a lot of depth to China, and many layers, and it is essential to have exchanges such as this in order to peer closer into the Chinese mind. Chinese are gracious, humble and hospitable, and this is something that can only be learned in person.