A New Vision for U.S. Engagement with China and Asia 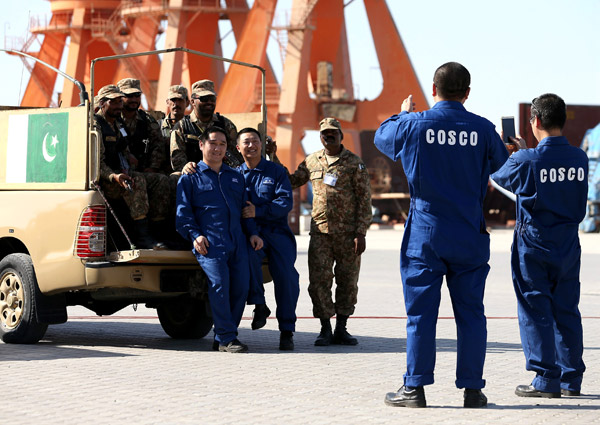 China’s place in a changing global order has never been of greater interest, or a source of greater controversy, than it is today. The rhetoric and policies of the Trump administration, alternately threatening to upend, or redouble support for, American trade and alliance commitments in East Asia and elsewhere, have only served to highlight China’s status on the world stage at a time of heightened uncertainty in the international order. For his part, Chinese president Xi Jinping has been only too happy to declare that China is ready to step into the void of American leadership as a champion of globalization and economic development. These contrasts and controversies have again been on full display as China has played host to an international summit to publicize the merits of its Eurasian Belt and Road Initiative (BRI).

Yet behind all the hype surrounding China’s changing global role in general, and the BRI in particular, lie important and unanswered questions about America’s longer-term strategy for reshaping its relations with China and Asia more broadly. Especially given that China’s foreign policy comfort zone increasingly seems tied to the promotion of economic “developmentalist” institutions and initiatives, including the BRI, the United States must develop a post-Trans Pacific Partnership (TPP) strategy for shaping trade, investment and multilateral economic governance in East Asia.

To address these important issues, we recently set out to better understand whether China was best understood as a rule-maker or a rule-taker across a range of issue areas and regions. The results largely confirmed that on many important aspects of the existing international order that China is, in fact, more of a rule-taker than a rule-maker. Yet at the same time, it is very clear that while China largely does not aim to directly and fundamentally overturn the existing international rules governing trade and relations among sovereign states, it has nevertheless entered a new period in its foreign policy where it seeks to actively shape its economic and security environment in a way that aligns with its new status and what it sees as a changing international power structure. Especially in its own neighborhood, including Southeast and Central Asia, China is actively seeking ways, including through initiatives like the BRI, to influence patterns of commerce and geopolitics in a way that aligns with its perceived interests.

Against this backdrop, America’s retreat from East Asian trade initiatives like TPP and its questioning of regional alliance commitments contrasts sharply with China’s more activist, many would say assertive, regional economic and security policies. Yet if China is not more generally seeking, or able, to supplant the United States as leader of a post-World War II liberal international order, a crucial issue for U.S. foreign policy is how to reshape its relations not only with China but with East Asia more generally in a way that accommodates China’s new status and foreign policy activism but that also directly sets out a strategy for America’s role in a heterogeneous and dynamic region that is paying keen attention to the maneuverings of both the United States and China.

One starting point is to think anew about America’s engagement with China as well as both developed and developing countries in Asia on important topics such as economic opportunity and public goods such as economic development and economic governance in the region. Especially with its withdrawal from TPP, the United States cannot afford to be seen as ambivalent about the region’s many economic challenges, and opportunities, especially at a time when China is promoting high-profile institutions such as the Asian Infrastructure Investment Bank (AIIB) and regional trade and development initiatives like the BRI. The Obama administration’s misguided hostility toward the AIIB can and should be corrected with a willingness to take a role in that organization. At the same time, while China has declared that the BRI will be China’s most important contribution to date toward the provision of regional public goods, it has also gone out of its way to declare that the initiative is not a Chinese Marshall Plan.

One venue where the U.S. and China should seek to address these issues, and the potential for misunderstanding, is in the newly restructured Comprehensive Dialogue that replaces the increasingly bloated and inefficient Strategic and Economic Dialogue. To make headway in reducing rising strategic rivalries, leaders on both sides will have to make a conscientious effort to discuss the possible, and real, overlap between economic, geopolitical and security issues surrounding Chinese-led development institutions and initiatives.

Yet the United States should not cede the important ground of economic development, including transportation and energy infrastructure, and more broadly of regional economic governance, to China’s initiatives alone. Instead it must seek ways to actively engage China in multilateral institutions like the AIIB as well as on open-ended initiatives like the BRI. But more broadly it should seek to take a leadership role in helping to provide an updated Bretton Woods structure for East Asia that establishes cooperative and transparent structures that offer opportunities for countries big and small.

OBORChina-US Economic RelationsUS-EU-Asia Trade
printTweet
You might also like
Back to Top
CHINA US Focus 2018 China-United States Exchange Foundation. All rights reserved. Disclaimer