A Cool Head on China 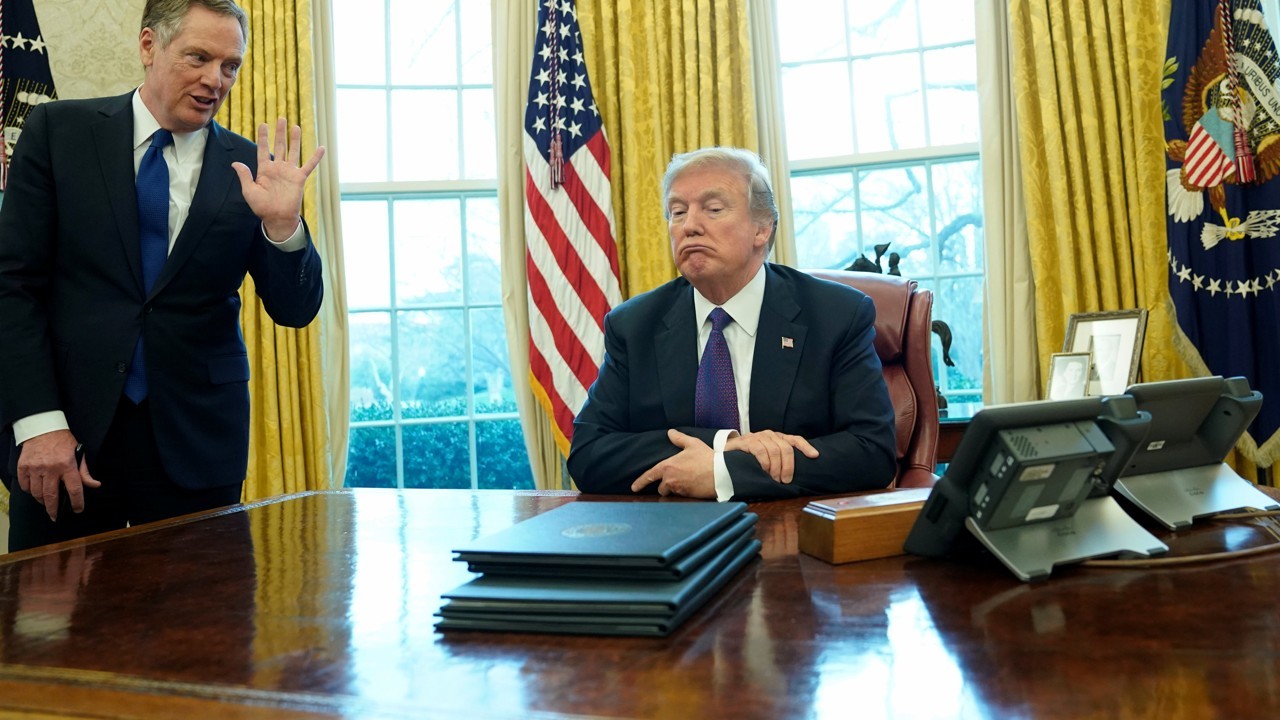 China and the United States, as two major powers, are bound to engage with each other more rather than less. Hence, it is imperative for them to take an objective and sensible approach that serves their interests and the world at large. Regrettably, some remarks made by President Donald Trump have been disturbing.

The trade deficit between China and the US remains very dear to President Trump’s heart, and he believes it is caused by unfair trade practices by China. But, first, according to the WTO, China’s trade practices are in compliance with its rules. Most of China’s trading partners take the same view. When it comes to trade, it takes two to tango. Trade benefits both China and the US. If not, why would it have grown from $4.8 billion in 1980 to $570 billion in 2017？

Second, whilst it’s true that the trade deficit is significant, it’s not true that the US is being taken advantage of, while China has benefitted lopsidedly. In fact, many US companies run joint ventures in China, and when these companies export to the US, the trade flow is attributed to China. Take iPhones for example. After the design is completed in the US, components supplied from areas such as Japan and Taiwan will be shipped to factories in the Chinese mainland to be assembled, after which they are shipped and sold all around the globe. What about the profits? 60% of it goes to the designers in the US, 30% to suppliers and 10% to assembly factories in China.

Third, the US emphasizes confidentiality and national security when trading with China and imposes bans on high tech products. But China is already capable of manufacturing some of these high tech products, and its capabilities in this regard are increasing. Such restrictions only serve to aggravate the trade deficit. As the foremost industrial power in the world, the US only exported goods worth $130 billion to China in 2017, compared to $140 billion to South Korea. China welcomes more Made in the USA products, as long as the US allows it.

In the meantime, the US runs trade deficits with other trading partners such as Japan, Germany, Canada, and Mexico. In 2017, US trade deficit with Mexico stood at $71 billion. According to data released by the Department of Commerce, the total US trade deficit in 2017 topped $810 billion, which indicates that the US needs to improve its domestic industrial structure and trade policies. For trade relations with China, the US should relax unnecessary restrictions on the grounds of “national security” and export more to China rather than resorting to trade barriers aiming to cut Chinese exports to the US. China does not seek trade deficits with the US. At the end of the day, a glut of foreign reserves in the form of US dollars only ends up being parked in US banks and used by the US government.

Secretary of State Rex Tillerson’s recent remarks is also another case in point. Ahead of his trip to Latin America, Tillerson said in his speech on 1st February that Latin American countries rely excessively on economic ties with China, and "Latin America does not need new imperial powers that seek only to benefit their own people”. It’s ironic that the US Secretary of State should call China an “imperial power”. Imperial powers, old and new, share the characters of being aggressive, bullying, predatory, and coercive. China is anything but these things. China calls for free and fair trade with Latin American countries and win-win cooperation on the principle of joint consultation, joint development, and shared benefits, with no strings attached. Actually, the five countries that Tillerson visited, including Mexico, Argentina, and Peru, are all voluntary participants in the China-led Belt and Road initiative.

Latin America and the US shared a special relationship. Though the US is concerned about economic development in the region, and is aware of the need for manufactured goods and infrastructure projects, it has not put its money where its mouth is. In 2017, trade volume between China and Latin America reached $260 billion, making China the region’s second biggest trading partner. Investment stock reached $200 billion. The US should first reflect on its own policies rather than blame China for its diminishing influence in the region. The “new imperial power” remarks made by Tillerson did not gain traction or support. It only laid bare the US attempt to drive a wedge between China and Latin America.

A third case in point is the 2018 Nuclear Posture Review released on 2 February. The document labeled China, along with Russia and the DPRK, as the main nuclear threat to the US, and pledged to develop tailored nuclear deterrence in response. With China in mind, the document emphasizes the capabilities needed to correct adversary miscalculations, and the U.S. strategy for China is designed to "prevent Beijing from mistakenly concluding that it could secure an advantage through the limited use of its theater nuclear capabilities or that any use of nuclear weapons, however limited, is acceptable." This is a false allegation. According to the Stockholm International Peace Research Institute in 2017, the US possesses 6,800 nuclear warheads, Russia, 7000, France, 300, the UK, 215, and China, 270. How does 6,800 compare with 270? China only develops nuclear capabilities for self-defense and strategic deterrence. It has adhered to the policy of no-first-use of nuclear weapons at any time and under any circumstances. Under no circumstances will China use or threaten to use nuclear weapons against non-nuclear-weapon states or a nuclear-weapon-free zone. China is the only one among nuclear powers to make such commitment.

In sum, China adheres to the principle of non-confrontation, mutual respect and win-win cooperation when engaging with the US. Tillerson echoed the same wording when he visited China last year. Let’s hope that he would not backpedal on his own words.

US China PolicyChina-US Economic RelationsChina-US Trade
printTweet
You might also like
Back to Top
CHINA US Focus 2018 China-United States Exchange Foundation. All rights reserved. Disclaimer