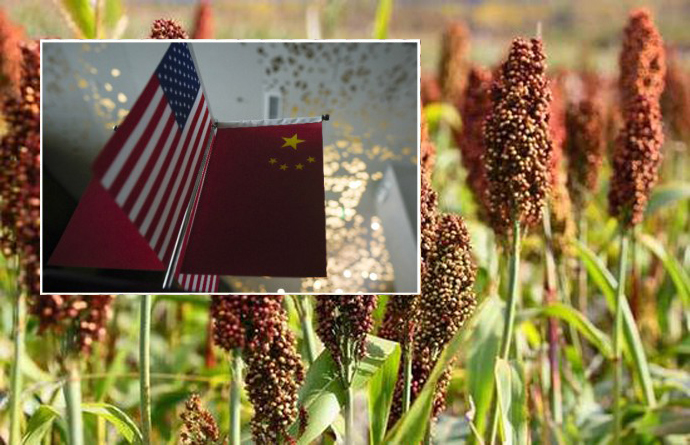 China’s Commerce Ministry has launched an anti-dumping and anti-subsidy investigation into American exports of sorghum, which is believed to be underpriced and damaging to Chinese farmers. China will examine imports from January 2013 to October 2017 in order to determine whether the U.S. is unfairly boosting its sorghum sector. This may result in the imposition of tariffs on sorghum imports from the U.S. The action appears to be retaliation against tariffs imposed by the U.S., and may result in a larger trade war.

Retaliation against tariffs imposed by U.S.

Some have stated that the sorghum probe is a retaliatory measure against the United States, as the investigation comes just after President Trump announced tariffs on imported solar panels and washing machines, which will hit China and South Korea the hardest. The initial investigation, which began last year, started after the U.S. launched a trade case on Chinese aluminum sheet imports. In a time of trade tensions, the timing seems intentional—why not investigate U.S. agricultural products for subsidies in prior years? The U.S., like many other countries including China, has subsidized the sector for some time.

Even though the U.S. agreed to abolish export credits in December 2015 at the at the World Trade Organization’s (WTO) 10th Ministerial Conference in Nairobi, other subsidies to the agricultural sector remain. Farm Bill subsidies amounted to $23.9 billion in 2017, which means that the American agricultural industry, as a whole, is a sitting duck for potential protectionist measures by importing countries. Sorghum can be used as a feed grain, which receives large amounts of subsidies itself.

China is the largest importer of U.S. sorghum and soybeans, which means that any tariffs imposed would strongly impact the industry. China purchased about $1 billion of sorghum in 2017. Chinese imports of U.S. sorghum increased after 2013, when China restricted American genetically modified corn. Some experts fear that China will focus on U.S. soybean subsidies next.

Chinese tariffs on American imports have, in the past, had an extremely negative effect on trade; after former President Obama imposed tariffs on Chinese tires in 2009, China placed tariffs on chicken feet, reducing poultry exports from the U.S. to China by a whopping 90%. Already, some Chinese sorghum traders have begun to look into increasing sorghum imports from Australia, while others have indicated that they would purchase domestically grown sorghum instead.

Beginnings of a trade war

The investigation and potential tariffs imposed on U.S. sorghum could mark the beginnings of a trade war between the U.S. and China. Additional accusations and tariffs may arise as both countries retaliate against each other.

This will have the effect of sending a message to either country that subsidies and perceived unfair trade practices will be taken seriously, but will come at a great cost to consumers and producers. In the U.S., sorghum (and potentially soybean) farmers would take a major hit from tariffs, as much of the output in these sectors is exported to China. American consumers of solar panels and washing machines will also be forced to pay higher prices. The U.S. Solar Energy Industries Association shows that tariffs could eliminate over one third of solar jobs in the U.S. Chinese producers of these products will suffer—the U.S. is the second largest market for solar energy.

This will create a lose-lose situation stemming from poor politics in the U.S. President Trump has focused on America’s trade deficit with China without understanding that consumers benefit from purchasing less expensive goods from overseas. Chinese imports have played an important role in raising the average American’s standard of living, and a trade war will only harm families who rely on buying inexpensive products while their wages rise very slowly. China is, at the moment, playing it cool with an investigation, rather than direct tariff action, on U.S. sorghum subsidies. This could all change if the U.S. investigation into intellectual property (IP) violations in China comes back with findings against Chinese IP policies and the U.S. imposes fines against China, as Donald Trump has threatened to do.

A trade war would represent the end of negotiation. Unlike the U.S., China is unlikely to jump into a trade war without exhausting other means of mediation. China has been more realistic about the negative impacts of a trade war. Premier Li Keqiang said last March, “We don’t want to see any trade war breaking out… That would not make trade fairer.” Chinese Ambassador to the U.S. Cui Tiankai stated in December, “some people in D.C. believe that economic and trade issues between our two countries should be resolved through a trade war…. A trade war between China and the U.S. will do immediate and long-term damage to both economies.”

In conclusion, the timing of China’s investigation on U.S. sorghum looks and feels like retaliation against tariffs imposed by the U.S. on solar panels and washing machines. This could result in a greater trade war, which President Trump does not appear to oppose while China recognizes that it can severely harm both countries. It remains to be seen whether Trump will understand the adverse impacts of a Chinese tariff on American sorghum, particularly for his agricultural voter base. Grasping this information could prevent a tit-for-tat tariff battle.