An Aluminum Lining in a Darkening U.S.-China Trade Cloud 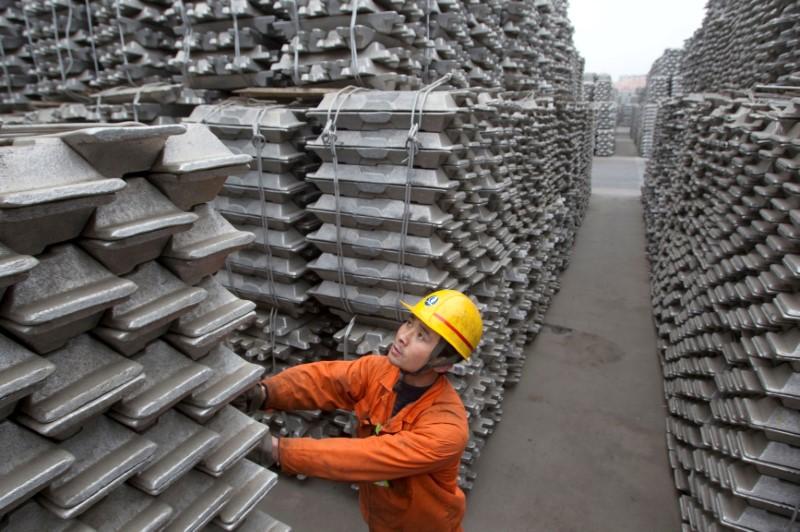 Late last month, the Trump administration “self-initiated” antidumping and countervailing duty investigations of imports of aluminum sheet from China. Reactions from media, social media, and the Chinese government seem to suggest these measures are especially provocative, pushing Washington and Beijing even closer to the brink of a trade war.

But there is a less dire interpretation to consider. That is, by self-initiating these so-called unfair trade cases, the administration may be signaling that it intends to back away from its ill-considered and far more fraught investigation (under Section 232 of the Trade Expansion Act of 1962) into whether U.S. dependence on imported aluminum represents a threat to national security. That would be a welcomed change of focus for those looking to reduce tensions in the U.S.-China economic relationship and spare the global trading system a devastating blow.

Make no mistake: The antidumping and countervailing duty laws are riddled with problems, both theoretical and practical. Proceedings are tilted in favor of domestic producers and they tend to generate egregiously hefty penalties that inflict disproportionate collateral damage on innocent entities along the supply chain.

Yet as diplomatically grating and commercially disruptive as these measures can be, they are not unfamiliar to governments operating within the trading system. In fact, these laws are frequently rationalized as expedients to overcome political pressure for more sweeping protectionism and are expressly permitted within the World Trade Organization to redress what has been deemed by members to be “unfair” trade. Though it was hoped that members would resort to these remedies less frequently, since the WTO was established in 1995 governments have imposed over 3,500 AD/CVD measures.

In the United States, the process of obtaining protection under these laws is effectively on statutory autopilot. To initiate cases, domestic industries—through their lawyers—file petitions with the Department of Commerce and the U.S. International Trade Commission and can obtain relief by presenting evidence that meets certain statutory thresholds. To get antidumping duties imposed, the domestic industry must demonstrate that it is materially injured or threatened with material injury by reason of less than fair value imports. To obtain duties under the countervailing duty law, the industry must demonstrate that foreign government subsidized imports are causing or threatening injury.

Even though the Trump administration—like the Obama and Bush administrations before it—likes to point to these measures as evidence that it is being especially effective in its trade enforcement efforts, the president doesn’t get involved and generally has no clue about the specifics of any of the cases being prosecuted. Thus, duties imposed under these laws should not be considered a reflection of the sitting president’s trade policy because industry itself decides if, when, and how to pursue these remedies.

This is why the aluminum sheet cases have raised some eyebrows. They are the first to be self-initiated by the U.S. government on behalf of a domestic industry in 32 years. Rather than passively administering the laws, the Trump administration has proactively thrown its support behind prosecution of the aluminum sheet cases—an action that may win the administration some political points with certain domestic constituencies.

But optics aside, there is nothing here to suggest that the outcomes will be unusually tilted against Chinese aluminum exporters. Procedurally, there are no substantive differences between industry-initiated and government-initiated cases. It certainly doesn’t require self-initiation to motivate the analysts in the Commerce Department’s “Enforcement and Compliance” division—where the mission is to “safeguard and enhance the competitive strength of U.S. industries against unfair trade through the enforcement of U.S. antidumping duty (AD) and countervailing duty (CVD) trade laws”—to find large, affirmative margins of dumping or subsidization in their investigations. Commerce already “conducts AD/CVD investigations and administrative reviews to determine if imports are being sold at less than fair value or benefitting from unfair subsidization” while also “counseling U.S. industries on how to petition the U.S. government to seek relief from injurious and unfairly traded imports.”

Self-initiation or not, the Commerce Department serves as judge, jury, and executioner—with the less political, quasi-judicial International Trade Commission providing a modicum of restraint in that it can block measures from going into effect by finding the domestic industry not to be materially injured by subject imports.

So, where’s the good news in all of this? The self-initiations present an alternative to the far more volatile outcome of aluminum import restrictions being imposed on national security grounds. Earlier this year, the president initiated an investigation that could lead to that outcome if it is determined that U.S. dependence on foreign sources of aluminum represents a threat to national security. U.S. invocation of national security to justify protectionism would be provocative in the extreme and would generate some undesirable consequences for U.S.-China relations, as well as for the global trading system.

Since the founding of the General Agreement on Tariffs and Trade (GATT) in 1947, governments have acknowledged the importance of trade liberalization to the goals of creating and sustaining conditions for economic growth and peaceful relations. Yet, most governments—then and now—remain unwilling to dispense with protectionism entirely. Hence, the trade rules permit governments to deviate and raise tariffs in response to conditions such as “unfair” trade practices, unexpected and injurious import surges, public health or safety concerns, and national security threats.

Article XXI of the GATT, known as the “National Security Exception,” permits members to impose trade restrictions for purposes of national security without obligating them to demonstrate that their rationale conforms with some agreed definition of national security or national security threats. The key to this loophole not being abused is recognition by all parties that prudence—not political expediency—must inform any government’s decision to invoke national security as its reason for raising trade barriers.

The argument that national security is so threatened by an abundance of foreign produced aluminum to warrant restrictions under an emergency U.S. statute is laughable in the extreme. What is less funny is that if U.S. measures were imposed and then formally challenged by China or any other government at the WTO, the Dispute Settlement Body would accord great deference to the U.S. action. It is simply implausible that a dispute panel or the WTO Appellate Body would seriously question a member government’s interpretation of a threat to its own national security. Accordingly, other governments likely would follow suit by invoking national security to bestow protectionist favors on their own favored domestic interests. And the trading system would soon unravel.

It bears mention that the United States currently is conducting a potentially explosive investigation into alleged Chinese practices of forced technology transfer and other forms of intellectual property theft under Section 301 of the Trade Act of 1974. It should not strain the imagination to consider that China very well could invoke its own national security rationale to justify some of its aggressive technology practices, especially if the United States were to blaze that trail first with respect to aluminum. Who knows what would come next?

Rather than lament the self-initiated antidumping and countervailing duty cases against Chinese aluminum, better to note that they could provide an escape route from a far more precarious showdown over national security and trade.

China-US TradeWTOAluminum
printTweet
You might also like
Back to Top
CHINA US Focus 2018 China-United States Exchange Foundation. All rights reserved. Disclaimer