In 2015, the Chinese government unveiled a new slogan – “industrial capacity cooperation” – as it pursued trade and investment deals abroad. At the time, the Chinese economy was headed for serious trouble, with manufacturing profits dropping and worrisome bubbles preparing to burst in domestic financial markets. In essence, China now seeks to export its excess industrial capacity as a means to cope with its economic troubles. On the one hand, this is a strong sign that China is becoming a mature industrial power, following in the footsteps of nations like the United Kingdom and the United States before it. Yet global economic conditions suggest that China may not be able to export its way out of the present crisis. 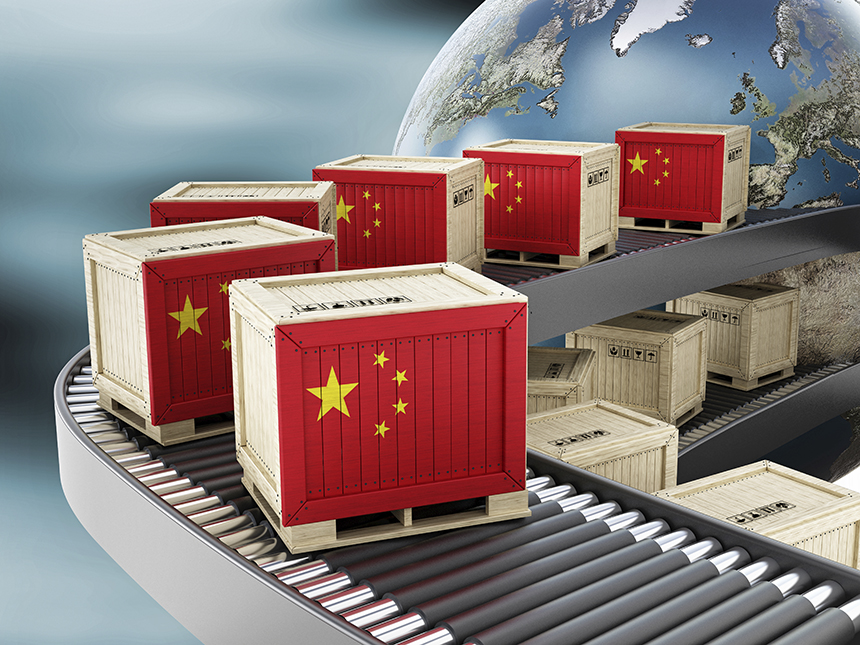 A country exports its industrial capacity when it invests industrial capital – factories, machinery, and so on – overseas. For example, a Chinese firm might open a factory in Ethiopia with its own money and machinery. We can tell that China is trying to export its excess capacity by examining the international deals and statements that the Chinese government has made over the past year. In May 2015, the Chinese government announced a $70 billion plan to export spare capacity from industries including railway construction and telecommunications technology. Officials and state news agencies heralded the new plan during a Latin American tour that included stops in Brazil, Chile, Peru, and Colombia. Further ventures were announced throughout the year in countries as far apart as Ethiopia and Kazakhstan. Recently, China signed a memorandum of understanding with Saudi Arabia pledging to jointly pursue China’s One Belt, One Road (OBOR) initiative, including industrial capacity cooperation.

The industries China has highlighted as key priorities for its industrial capacity cooperation initiatives are those that suffer from chronic overcapacity problems: steel, construction materials, electrical power infrastructure, and rail manufacturing. During its economic rise in recent decades, China became the globe’s preeminent manufacturer of many of these industrial commodities. Now, global demand simply cannot keep up with China’s capacity to produce goods like steel, leading to a steep decline in prices. By exporting excess industrial capacity that simply cannot profitably produce in domestic conditions, China may hope to relieve some of the pressure on its industries.

Of course, investing capital abroad will help China increase its international influence. Exporting industrial capacity is a key component of Chinese initiatives like OBOR and the new Asian Infrastructure Investment Bank (AIIB), and most countries are more than happy to welcome Chinese investment. If Chinese construction equipment cannot be put to use in China, it can be used in Central Asia to develop infrastructure that will open markets to Chinese goods and allow further penetration of local economies.

Exporting both excess commodities and industrial capital is a classic strategy that developed economies use to cope with saturated markets and diminished opportunities for investment at home. Lenin famously argued that the struggle to export excess capacity motivated imperialism in the late 19th and early 20th centuries. Both the United Kingdom and the United States followed this path as they rose to global prominence, becoming creditor nations that dispensed industrial and financial capital around the world. Where economic power led, political influence often followed; where capital could not enter on its own, armed force opened the way.

Given these historical precedents, China’s transformation into a capital-exporting economy suggests that it is maturing as an industrial power and that its international influence will continue to expand. China and today’s United States occupy remarkably similar positions to yesteryear’s United Kingdom and a rising United States in the early 20th century, albeit with some notable differences. Foreign investment is still extremely asymmetric, with developed nations far outspending their developing counterparts. From 1980 to 2008, the foreign direct investment of firms from the advanced capitalist economies (the U.S., Europe, and Japan) grew from $500 billion to nearly $14 trillion. By the end of this period, the foreign employment and sales of these companies exceeded their domestic numbers. Firms from developing countries also increased their foreign investments, but these totaled up to less than a fifth of the advanced countries’ investments. The Netherlands, a country of only 16 million people, had more investments abroad than Brazil, Russia, India, and China combined.

Despite its implications for China’s international power and prestige, there is good reason to be skeptical that exporting excess capacity will rescue the Chinese economy in the short term. As I have written in earlier articles, today’s economic troubles reflect unique structural conditions that are unlikely to disappear without some kind of major destruction and devaluation of global capital.

The problem is that China is trying to export its way out a local crisis caused in large part by a global glut of commodities. Moving excess industrial capacity abroad will do little to alleviate the fact that the global supply of many key goods is now far in excess of demand unless those local markets happen to be heavily protected from international dynamics. Given that countries like Brazil, a key Chinese partner, are also experiencing collapsing prices, it is hard to believe that there are many suitable outlets for this strategy. Put simply: Building Chinese-owned factories in Brazil may not be particularly profitable if no one buys what they produce.

Like its historical peers, China is starting to mature as an economic powerhouse. However, it is coming of age in a time of severe economic turbulence and uncertainty. It remains to be seen how China’s rise will be impacted by the difficult conditions of the present day. Whatever the case, we should expect Chinese foreign investment to continue to grow, spurring a commensurate rise in its political influence.