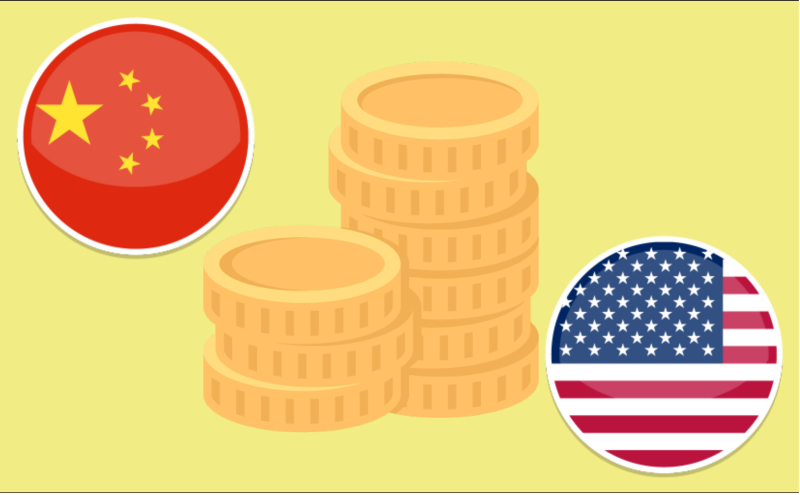 China has argued that economic issues should be kept separate from political concerns. Thus Beijing enthusiastically welcomed the April Mar-a-Lago agreements that focused on opening rather than closing markets and toning down security concerns. Yet lack of progress on North Korea, and China’s continued maritime assertiveness, has revived President Donald Trump’s inclination to use America’s economic levers to extract political concessions from Beijing. China, too, has not been completely innocent, as it’s often used punitive economic actions to signal its displeasure with its neighbors’ foreign policies.

The nature of these tensions is discussed in my book: Cracking the China Conundrum – Why Conventional Economic Wisdom Is Wrong. The tensions stem from basic misunderstandings of the nature of trade and investment relations between the U.S. and China.

More than previous rivalries, this one is driven by economic forces as China’s rise has caused Washington to reckon with the extent to which its global dominance has diminished. Perceptions have been unnecessarily distorted by China’s huge trade surplus with the U.S. However, economic principles tell us that the trade balance of a country is determined largely within its own borders, not by its trading partners, and that employment gains or losses are rarely a trade issue.

America’s trade deficit is the result of excessive government deficits and/or households consuming beyond their means. The countries that show up as being sources of the offsetting trade surpluses are incidental. The confusion stems from China’s role as the final assembly point for the shipping of parts produced by other Asian countries to the U.S.

America’s bilateral trade deficits were concentrated among the more developed East Asian economies in the 1990s, but this shifted to the Chinese mainland after it became the center of the regional production line in the early 2000s. Thus, the extent of the U.S. trade deficit with China is actually due to America’s deficits with its allies — notably Japan, Taiwan and South Korea, where many of the higher-value components are being produced.

At this juncture, it would be useful to address investment rather than trade related concerns. But this discussion has also been hijacked by misguided populist sentiment. Conventional wisdom is that too much of America’s foreign investment is going to China, resulting in job loss and declining competitiveness. Yet despite the U.S. and China being the two largest economies, only about 1-2% of America’s investment has been going to China over the past decade. Likewise, only 2-3% of China’s outward investment has been going to America. Rather than too much, there is too little investment flowing between the U.S. and China. Why is this?

Gaps in the data partially explain such low numbers since much of the global flow of foreign investment is channeled through tax havens that blur their origins. But country comparisons can help neutralize this distortion. Consider the EU which is comparable to the U.S. in economic size. Over the past decade, annual flows of the EU’s foreign investment to and from China have been two to three times that of the U.S., although they began at around the same levels a decade ago.

The difference is due to the EU’s manufacturing strengths being more complementary to China’s market needs than America’s. The EU’s top exports to China are dominated by machinery and transport as well as high-end consumer goods. These products require FDI flows to support market penetration and servicing.

In comparison, the top three categories of U.S. exports to China over the past decade include oilseeds and grains and, surprisingly, recycled waste (scrap metal and discarded paper), which does not lead to FDI. The third is largely Boeing aerospace products, but Boeing has refrained from opening operations in China until recently as its European competitor, Airbus, has established manufacturing centers in China since 2008.

Manufactured exports and related investments are largely welcomed in China’s domestic market and cater more to EU strengths, while China’s closed services sector has a more negative effect on the U.S. whose strengths lie in higher value services, notably in IT and finance.

Regarding outward investments, Europe turns out again to be more attractive because China and Europe are more complementary in their respective industrial structures than China is with America. Additionally, politically the EU is more welcoming of Chinese investment than America is.

For Chinese companies, the EU represents a much easier market to penetrate because it offers a greater choice of partners and is less preoccupied with security concerns. This could be seen as a form of a “divide and conquer” strategy. If one EU country restricts access to its market, a Chinese company could still enter through a different member country to gain access to the greater EU market. Though partnerships with individual U.S. states are possible, overarching federal policies disadvantage Chinese investors, in contrast to the more open environment that the EU offers.

Promoting more investment flows in both directions would benefit both sides. But the Trump administration may resist any agreement that would encourage American firms to invest more abroad. Moving forward on the bilateral investment treaty that has been under negotiation for years, however, should be high on the agenda even if it is not politically expedient.

If not carefully managed, President Trump’s and President Xi Jinping’s respective efforts to consolidate authority could exacerbate tensions given their similar but conflicting political and foreign policy aspirations.

Both seek to elevate the profile of their countries — Xi by achieving his “Chinese Dream” and Trump by fulfilling his promise to “Make America Great Again”. Both cater to populist sentiment as income disparities widen.

Populism in the U.S. translates into the view that globalization has wiped out many industrial jobs, making protectionism central to the solution. In this environment, multilateral approaches will give way to distortionary bilateral options that mix economic and political objectives. America’s strategic alliances with Japan and South Korea along with its dangling of the Taiwan card are seen by some in the White House as bargaining chips since traditional economic measures like WTO sanctions have proved ineffective in molding the China relationship.

In contrast, Beijing has moved more vigorously than the U.S. on its agenda to capitalize on a China-centric globalization. This is reflected in its support for trade liberalization, the establishment of the Asian Infrastructure Investment Bank and the “Belt, Road Initiative” to improve connectivity with Eurasia. Beijing’s leadership role, however, is limited economically by its restrictions on capital movements and ideologically because of its restrictions on the flow of information and ideas.

In the near-term, the trigger for increased tensions might be foreign policy-related, for example, a hardening of positions on North Korea or a maritime incident. Or it could come from the U.S. taking punitive economic measures like barring China’s exports. Whether such events lead to more serious conflicts or whether sensible minds can agree on a path that will allow the Asia region to remain stable and prosper remains to be seen.