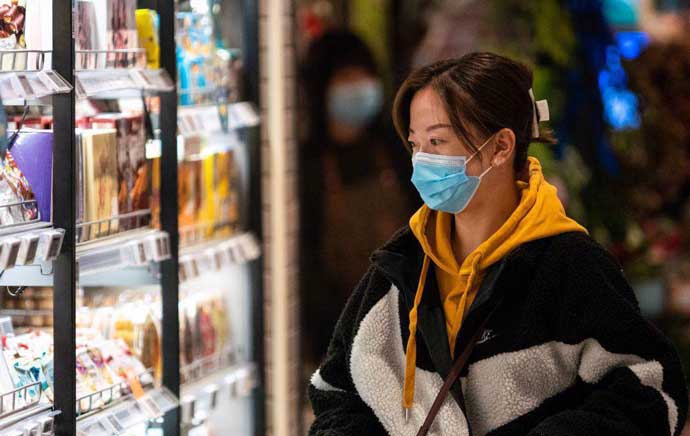 China’s economy seems largely to have bounced back from the COVID-19 shock. It registered 4.9% annual growth in the third quarter of 2020, and the rate may well exceed 5% growth in the fourth quarter. The result would be at least 2% annual full-year growth – not bad at a time when much of the world is facing a pandemic-induced recession. But that doesn’t mean smooth sailing ahead.

Consumption growth is a key consideration in determining China’s likely overall performance in 2020. While final consumption figures for the third quarter are not yet available, total retail sales of social consumer goods offer a useful proxy. Unfortunately, the picture is not particularly bright: though monthly growth in retail sales of social consumer goods has turned positive since August, total sales fell 5.9% year on year in the first ten months of 2020.

The consensus in China is that the annual growth rate of retail sales of social consumer goods will turn positive only at the very end of this year, despite the recovery in household consumption. And past experience suggests that final consumption growth will be even lower. In 2019, for example, the figures were 6.3% and 8%, respectively.

Another key determinant of economic performance is capital formation. Here, we are also awaiting the latest figures. But we do have data on fixed-asset investment. And, again, the news is mixed.

Moreover, the most important component of fixed-asset investment – manufacturing investment – was down 6.5% year on year in the first three quarters of 2020. Though growth picked up a bit last month, it was still deep in negative territory.

That hasn’t quite happened this time around – and it shows. Infrastructure investment increased by just 0.2% year on year in the first three quarters of 2020. Growth picked up somewhat last month, but only to 0.7%.

One area where China has exceeded expectations is export performance. Although official data are not yet available, there is good reason to think net export growth may have exceeded 10% so far this year. Yet net exports account for just a little more than 1% of GDP, so the effect on China’s overall growth will be limited.

The aforementioned considerations, together with a bit of guesswork, suggest that in 2020, China’s economy will grow by around 2% – significantly faster than the other major economies, which are facing contractions. But China still faces serious challenges. Two issues stand out: quality employment and fiscal spending.

So far this year, China has created more than ten million new jobs, surpassing its official goal of nine million. But past experience indicates that a GDP-growth rate of 2.5% is insufficient to support the creation of nine million high-quality jobs. And, indeed, many university graduates are struggling to find suitable employment. In fact, China’s massive employment growth this year may well have come at the expense of labor productivity.

On the fiscal front, China needs to spend more. To be sure, the Ministry of Finance estimates that China’s general budget revenue in 2020 will total some CN¥21 trillion, and the budget deficit will be around CN¥3.7 trillion – about 3.6% of GDP.

But this implies that the Chinese government assumed a nominal growth of about 5.4% for 2020, far more than the 3% that is likely (2% annual growth plus a 1%-of-GDP deflator). In this context, the only way to meet the 3.6%-of-GDP deficit target is to cut government expenditures.

In the first three quarters of 2020, China’s government did just that, reducing its general public budget expenditure by 1.9%. But this decrease was dwarfed by the 6.4% drop in public revenue. Moreover, local governments continued to increase their expenditure via local government funds, created to finance investment projects. (In theory, those debts will be repaid by revenues from the relevant investment projects.)

Local governments finance their deficits by issuing their own special project bonds. This year, they were authorized to issue CN¥3.75 trillion in such bonds – a quota they have already met. The central government has already issued its planned CN¥3.76 trillion in government bonds, as well as CN¥1 trillion in COVID-19 relief bonds.

This doesn’t mean China must curb spending further. On the contrary, to cope with the challenges ahead, the government must increase its deficit target and implement a more expansionary fiscal policy, supported by a more expansionary monetary policy.

Such an approach carries minimal risk for China. The country’s public debt amounts to a modest 52.6% of GDP, and there is still plenty of room for the government to issue more bonds to support growth-enhancing infrastructure investment.

Moreover, China’s actual GDP growth rate is below its potential rate; the core consumer price index was just 0.5% in October; and the producer price index has been in negative territory since last July. Add to that the country’s successful containment of COVID-19, and there is little reason to worry that inflation will surge or China’s fiscal position will deteriorate significantly in the foreseeable future. In fact, as failed austerity policies in quite a few countries have shown, the larger risk to China’s fiscal position may come from not spending.

Of course, China’s economy remains beset by deep structural challenges, which the authorities must continue working to address if the economy is to grow consistently in the coming years. But this is beyond the scope of macroeconomic policy.