As the reform of RMB exchange-rate formation mechanism matures, increasing outbound capital from China drives the internationalization of RMB. Now that the IMF has moved to include the RMB in the Special Drawing Rights (SDR) basket, capital account liberalization is becoming an important determinant associated with China’s integration into the global financial system. 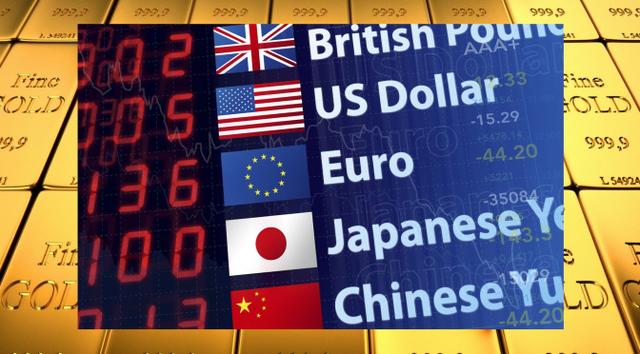 Zhang Xin, president of the Shanghai branch of the People’s Bank of China (PBOC), said that the Shanghai Free Trade Area has been leading the technical preparations towards RMB convertibility under the capital account, marking an important step towards capital liberalization in China. Since the 2008 global financial crisis, China has been making consistent efforts to open up its capital account, and scored notable progress that outperforms the scheduled timeline.

The PBOC is committed to realizing market-oriented interest rate formation of the RMB within two years, and has scaled up the currency swap lines with other countries. According to research data of SWIFT, RMB is currently the second biggest currency by volume in trade financing globally, and the fifth most widely used currency in international payments. Regarding the liquidity of RMB, the PBOC has entered into bilateral currency swap agreements with over 20 countries in the world, and the offshore RMB deposits have now topped 2 trillion, coupled with booming RMB bond trading as well as in other asset classes, which all calls for new and greater degree of RMB convertibility under the current account.

According to the IMF, SDR inclusion is conditioned on two criteria—first, the country (or currency union) that issues the currency should be a top exporter of goods and services over a period of five years; second, the currency should be “freely usable”, meaning it is widely used in the payment of the international transactions in principal foreign exchange markets. Therefore, capital account liberalization has been a key component determining RMB’s inclusion into the SDR basket.

China is among the most important sources of investment and capital exporters in the world, which is a result of its transformation from an economy short of domestic savings and foreign reserves to one that boasts surplus in both terms, and the trend is set to continue with the full-fledged implementation of the “Belt and Road” initiative. As such, it would be necessary to measure China’s economy growth by GNP, rather than by GDP over time, and in turn, over this course, the free flow of capital will be accelerated. In sum, capital account liberalization is the shape of things to come.

According to a rough estimate, China’s capital account is 85% freely convertible, and the portion yet to be open is in the following three categories: overseas direct investments by domestic institutional and individual investors; equity or equivalent investments; debts-backed securities.

For the first category, China adopts the policy of “partially convertible and limited outflow”, and the State Council has made proposal to set up a regime regulating overseas investments by individual investors, which will help improve China’s balance of payment. For a long time, China has primarily invested its foreign reserves in US treasury bonds, and encouraged direct investment overseas, which combined made China vulnerable to trade imbalance and exposed to currency mismatch and capital losses. For the other two categories, Chinese residents primarily invest in short-term capital markets, and trade in trust funds and other derivatives, which are highly leveraged products and therefore relatively difficult to regulate. Likewise, countries worldwide also largely take a discreet approach to these types of investments.

It warrants attention that a risk control and management system must be developed in tandem with capital account liberalization. And the roadmap for liberalization should be “long term capital first, short term capital later”, and “direct investment first, indirect investment later”, as such a sequence would enable effective surveillance of cross-border capital flow and risk management and respond effectively when necessary.

First, risks of short-term capital flow should be regulated. As in short-term capital flow, equity positions are liquidated frequently and the liquidity generated can be disruptive to the markets. Short-term bonds also carry high uncertainty and payment risks, especially in the event of major financial incidents or Fed rate lift-off. China must have well-planned temporary measures in place for targeted management should such incidents transpire.

Second, cross-border financing projects should be regulated rigorously. In order to avert foreign debt risks, the regulators must closely monitor the enforcement of rules and regulations governing overseas financing volume, currency composition and financing maturities. Market players should be able to calculate the volume and structure of their financing activities based on the rules and formulas, so as to avoid excessive build-up of foreign debts or a currency mismatch and thus a potential foreign debt crisis can be staved off. In the meanwhile, it warrants attention to illegal activities such as money laundering, terrorism financing and excessive use of tax havens.

Lastly, the key to addressing the risks associated with cross-border capital flow lies in active participation in global governance and rules making, in particular global exchange rate reform, balance of payment adjustment regime, capital flow management and the reform and coordination of monetary and financial policies on a global scale. Altogether, these measures constitute the framework to effectively curb risks arising from capital account liberalization.

Financial Reform RMB SDR
printTweet
You might also like
Back to Top
CHINA US Focus 2018 China-United States Exchange Foundation. All rights reserved. Disclaimer