Every ten years or so, it would seem, the ‘redback’s’ managers excel in catching the currency markets completely off-guard. 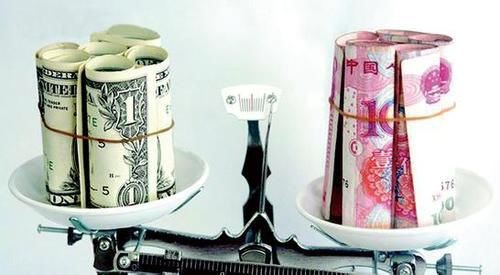 In January 1994, China unified its then-existing dual exchange rate system by adjusting the official rate to the market-based swap rate, leading to an approximate 35 percent devaluation (from US$1 to 5.76 yuan to US$1 to 8.70, and 8.28 yuan in 1995). The yuan was thereafter pegged to the dollar. Eleven years later, on July 21, 2005, the People’s Bank of China (PBoC) surprised global financial markets by pushing the yuan up by 2.1 per cent – in effect, removing the hard peg and transitioning to a crawling peg exchange rate arrangement that, by and large, used the dollar as its central tendency. By the time the People’s Bank had shocked global markets yet again on Tuesday, August 11th by driving the yuan down by 1.9 per cent against the U.S. dollar, the yuan had in nominal terms recouped much of the 35 per cent depreciation vis-à-vis the dollar of January 1994.

This tendency of the redback’s managers to surprise currency markets has typically touched off political recriminations immediately and gross exaggerations retroactively.

In response to the 1994 rate unification, the Clinton Administration’s Treasury Department cited China as a ‘currency manipulator’ in its semi-annual report to Congress. Following the 1997 Asian Crisis, a cottage industry of accusation pointed to the 1994 devaluation as a significant cause of the crisis – even though the then-existing market-based swap rate had already been applicable to four-fifths of China’s external trade and ASEAN’s export slowdown kicked-in only in 1996. In the wake of the Global Financial Crisis of 2007-08, the renminbi was once again hauled over the coals for the current account imbalances that it had triggered, and which led to a frantic updating of the International Monetary Fund’s (IMF) surveillance framework to rein-in supposed exchange rate misconduct. Only later did it emerge that the redback’s role in the crisis was a minority one and that the extreme disruption in the international financial system was the product of a ‘global banking glut’ associated with the explosive growth of leverage-induced cross-border lending which transmitted contagion across jurisdictions.

With the yuan down roughly 3.5 per cent against the dollar and trading late last week at a four-year low, the air is once again thick with charges of currency manipulation and the export of deflationary pressure abroad to relieve distress at home. Not only does this view fail to capture the proverbial forest for the trees, but also fails to capture that the very ground under the forest has shifted. Long after the day has passed, August 11th, 2015 will likely be held up instead as that bright new dawn when the renminbi shook off its dollar fetters, established its position as the reference currency for the broader Asian economic zone – one that the yen failed to grow into, and accelerated its measured march to the ranks of one of two (or three) key global reserve currencies within the 21st century international monetary system. Admittedly, this march began as far back as July 2009 with the launch of a pilot scheme for cross-border settlement of trade in renminbi between the mainland and Hong Kong. The reform effort has since been deepened to entail the promotion of offshore – and (liberalized) onshore – renminbi financial centers as well as selective liberalization of the capital account. Posterity may well record August 11th however as that date when the PBoC, by way of transition to a new currency regime that is more fully amenable to two-way price signals, crossed an important threshold in its march towards full internationalization.

On August 11th, the People’s Bank of China devalued the yuan by 1.9 per cent against the U.S. dollar. More importantly, it announced a change in the procedure by which it sets the daily reference rate, which determines trading levels in the onshore yuan market. Henceforth, taking greater account of market factors, the reference rate is to be set at a rate equal to “the closing rate of the inter-bank foreign exchange market on the previous day,” and not left wholly to the discretion of the central bank. That this moment arrived now – and should in fact have arrived earlier – ought not to come as a surprise entirely either. The yuan had already depreciated by 2.5 per cent against the dollar in 2014 and repeatedly tested the weak side of its daily trading band during early 2015 despite PBoC’s administered efforts to shore up its value. And as its own first quarter monetary report helpfully notes, the central bank has effectively been running a two-way de facto managed floating regime for some time now. During the 57 trading days of the first quarter of 2015, the yuan appreciated on 24 days and depreciated during the other 33.

So why now and what were the key drivers for the move?

The proximate driver for the move was the series of near-term macroeconomic and financial data releases which underscored the softness of domestic demand – most prominently, the National Bureau of Statistics (NBS) release of August 10th showing that producer prices had suffered their biggest year-on-year decline in July since 2009. Having already lowered interest rates four times since last November, cut banks’ reserve requirement ratios and relaxed local governments’ financing conditions, aligning the yuan to market expectations was among the available few remaining options within the policy tool-kit. That the yuan’s tight linkage to a strengthening dollar on the back of an anticipated Federal Reserve rate hike later this year was fanning overvaluation (vis-à-vis the weakening euro, yen, emerging market and commodity currencies), disinflation and capital flow volatility, did not help either.

By far, the most important driver though was the imperative to purposefully signal to the international economic community that China has formally, and irrevocably, graduated to a managed float currency regime that is more flexibly attuned to two-way movement based on market signals. That the instances of change in China’s currency regime have been few and far between (1994, 2005, 2015) and each instance has progressively embraced a steady liberalizing tendency, lends credence to PBoC’s announcement.

Later this year, the IMF’s Executive Board is due to formally review the composition and valuation of its Special Drawing Rights (SDR) basket. Inclusion of the renminbi in the SDR basket would be an important imprimatur of the distance travelled on the road to full internationalization. It would have the added virtue of crowding-in sovereign investors (central bank reserve and sovereign wealth fund managers, with their more stable portfolio allocation patterns) within China’s domestic debt markets, given that such investors typically use the SDR composition as an important benchmark for foreign exchange reserve allocation and asset diversification.  As of now the renminbi is the only currency not in the SDR basket which meets the basket’s export criterion. Further, on 35 of the 40 items in the IMF’s classification of capital account transactions, the renminbi is fully or partly convertible. Whether this is sufficient to meet the SDR’s threshold of a “freely usable” currency that is widely used to make payments for international transactions and widely traded in the principal exchange markets, remains to be seen. Formally committing to irrevocable two-way currency flexibility and a more market-determined system of exchange rates can hardly hurt the renminbi’s chances at this delicate moment.

At the end of the day, the proof of the pudding will be in the eating: when there is upward pressure on the yuan to appreciate, will PBoC’s fingerprints in the currency market bear similar resemblance to when the movement is on the downside? China’s currency managers should require no prompting on this question. They only need look so far as the post-1970s international monetary system to distil one of the ‘stylized facts’ of this era that holds for both developed and developing countries alike: that a combination of open financial markets and rigid exchange rates is an invitation to catastrophe; that having gradually begun to open its financial markets, greater two-way exchange rate flexibility is now overdue; that Beijing enjoys a distinct advantage that other peggers at its stage of financial development did not enjoy – a large foreign reserve buffer and a less liberalized capital account; and that the current moment is particularly propitious and the time to bite the bullet is now!

Shrill forebodings of a return to ‘currency wars’ and irremediable U.S.-China trade quarrels are also overblown – although the prognosis on this front is somewhat mixed.

A good deal will depend on the pace of the American economic recovery, the transition of the Chinese economic structure to a more consumption-oriented one, as well as the extent to which PBoC serves as a worthy steward of the yuan’s market-based exchange value.. Investment spending in general is the most import-intensive component of domestic demand, followed by consumption, with government spending being the least import intensive. Despite a fair amount of repair, it is by no means clear that a virtuous capital expenditure cycle – and wage growth down the line – has returned to the American economy. In China, the key systemic reforms announced at the Third Plenum of November 2013 remain as yet at an early stage of implementation. On the broader trade front, meantime, both China and the U.S. have witnessed a flat-lining of import volumes as a share of real GDP that pre-dates the Global Financial Crisis. As such, the extent to which these individual variables shift and interact with each other, positively or negatively, will in turn determine how U.S.-China trade politics shakes out in the months and years ahead.

No such mixed prognosis exists however with regard to the ramifications for other Asian emerging market currencies. In the short-term, some key Northeast and Southeast Asian currencies that are highly-dependent on trade with China (the new Taiwan dollar, the ringgit and the won) are likely to witness heavy selling pressure. The medium-term however is likely to throw up the single most consequential outcome in Asia of the People’s Bank of China’s August 11th liberalization of its currency regime arrangement – the rise of the renminbi as the key reference currency for the broader Asian economic zone and the co-movement of key Asian emerging market economy currencies with the redback. In the pre-Global Financial Crisis era, six of ten Northeast and Southeast Asian currencies tended to co-move more with the dollar than the renminbi. In the period since, the positions have been reversed, and seven of ten now co-move more with the renminbi. As China becomes a more consumption-driven economy and the final destination for a greater proportion of the region’s vertically-integrated, production-shared manufactured goods, the magnitude of these currency co-movements will only deepen.

A small step backwards (the yuan devaluation on August 11th) might yet come to reflect the biggest leap forward in Asian economic, trade and financial regionalism in the years and decade ahead.