China soon may have to choose between expanding its economically critical export infrastructure industry overseas or continuing territorial acquisitiveness in the South China Sea. By any logical calculation, China’s infrastructure export economy will prevail. That’s good news for both China and Southeast Asia because it could lead to mutually beneficial agreements in South China Sea Joint Development Areas. 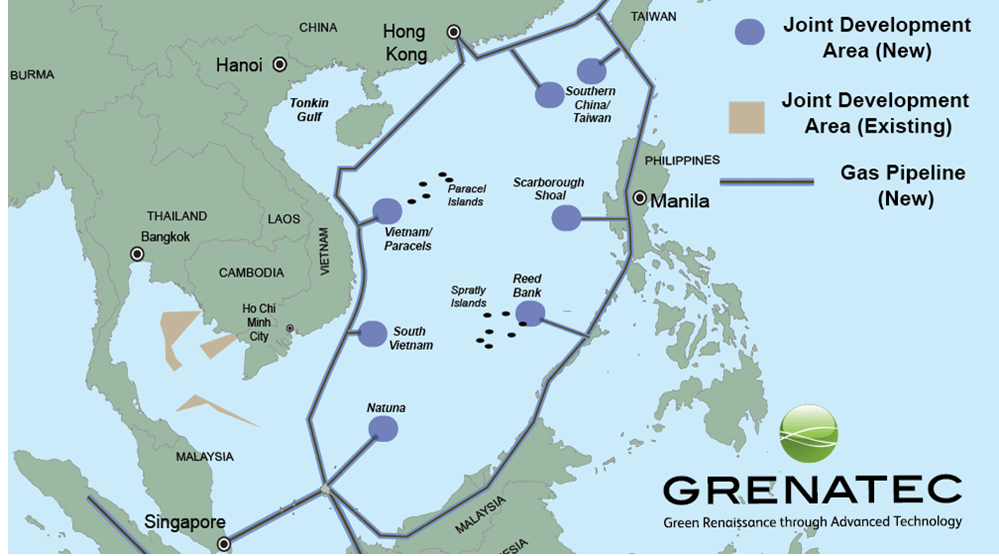 Such confidence building may now represent China’s ‘cost of entry’ to the Southeast Asian infrastructure market, a cost that is rising due to mistrust over China’s South China Sea territory grabs. Considering things from the Southeast Asia’s perspective: if China gets away with creating unilaterally-favorable ad hoc rules in defining South China Sea reefs and rocks as ‘indisputable’ Chinese territory ‘since ancient times’ – it sets a precedent for China to later do something similar on land.

Down the track, for instance, China might one-day claim Chinese-built infrastructure in Southeast Asia and the land beneath it as ‘indisputable’ Chinese territory. In doing so, it could cite unchallenged precedents in the South China Sea. These sort of concerns must give pause to Southeast Asian countries considering borrowing from China’s Asian Infrastructure Investment Bank (AIIB).

The embedded devil’s bargain in these loans is that much of the money can be expected to flow to China’s now highly efficient state champion infrastructure companies. Indeed, that’s probably the sole reason behind creating the new multilateral lender, in which China’s the major shareholder.
Seen against this backdrop, China’s aggressiveness in the South China Sea can be viewed in a more rational context.

Absent new energy and infrastructure projects, China’s cities could go dark and China’s unemployed could protest in Tiananmen Square. Avoiding both of these possibilities is a critical political mission for the Communist Party.

These societal pressures, among others, are now held in check through a brittle, single-item ‘social contract:’ rising personal incomes.

To meet the terms of this social contract, China’s taking some of its $4 trillion U.S. dollar reserve hoard created through a cheap yuan and recycling it into export infrastructure contracts for Chinese companies funded through the AIIB.

It’s highly economically orthodox. It indicates China’s getting good value from its western educated PhD economists. What’s missing at this point, however, are the downstream markets for this infrastructure. The “upstream” is taken care of.

China now has world-class infrastructure companies like State Grid Corp. of China (SGCC). SGCC wants to build a global electricity grid by 2060 or so. Meanwhile, China National Overseas Energy Corp. (CNOOC) is a global player in offshore oil and exploration and production, particularly in the South China Sea.

Together, SGCC and CNOOC employ more working age Chinese (roughly 2% together) than the People’s Liberation Army, China’s military. That makes SGCC and CNOOC pretty mission-critical in ensuring Chinese political stability. The problem for Southeast Asia is whether SGCC, CNOOC and other Chinese export infrastructure companies funded by the AIIB are Jekyll’s or Hyde’s.

Southeast Asia’s experiences to date offer hints of both. In 2008, SGCC won a precedent-setting 25-year contract to upgrade, expand and operate the Philippine electricity grid (Jekyll). Last year, the Philippines expelled a group of State Grid technicians and replaced them with Filipinos over grid security concerns (Hyde).

CNOOC has an agreement with Vietnam to jointly explore for oil and gas in the Tonkin Gulf on either side of Vietnam and China’s mutually recognized and uncontroversial offshore territorial equidistance line (Jekyll). But CNOOC also has taken its $1 billion high-tech deep sea oil exploration rig Haiyang Shiyou 981 and on two occasions plunked it down in waters in disputed claimed by Vietnam in the Paracel Islands.

Right now, they look a bit of both – depending on Chinese expediency. Taking out AIIB loans creates a multi-decade exposure to this expediency. Concerns like the above could kneecap the AIIB and lead to tougher terms from borrowers. These could include more local control, local staffing and more demanding technology transfer, to name a few.

The irritant is the South China Sea and the signal China’s sending to its neighbors over long-term Chinese intentions. At best, it could lead to a Pan-Asian integrated market. At worst, it could turn ASEAN’s countries into southern Chinese provinces.

These joint development areas could be connected by a Pan-Asian Gas Pipeline (PAGP) network stretching up and down the east and west sides of the South China Sea. It would be operated on an open-access, common carrier basis.

A PAGP would be merely an extension of ASEAN’s existing proposal for a Trans-ASEAN Gas Pipeline (TAGP). The TAGP is a $7 billion natural gas pipeline project aimed at connecting the Philippines to the Mekong states.

Grenatec’s PAGP project would add to the TAGP a near shore pipeline up the shallow waters off Vietnam connect to existing Chinese gas pipelines serving Hong Kong.

That network could be expanded northward to the East China Sea and southward to Indonesia and Australia. The result would be a much larger Pan-Asian Energy Infrastructure serving China, Japan, South Korea, the ASEAN states, East Timor and Australia.

That bigger, regional network would fit the long-term global infrastructure visions of SGCC. State Grid Chairman Liu Zhenya has proposed a global electricity grid be built by the year 2060 costing roughly $100 trillion spread out over 45 years.

Such a global grid, according to Zhenya, would help reduce destructive climate change through lower greenhouse gas emissions, more efficient energy markets and dramatically expanded development and use of renewable energy.

AIIB South China Sea
printTweet
You might also like
Back to Top
CHINA US Focus 2018 China-United States Exchange Foundation. All rights reserved. Disclaimer