Of Chips and Trade 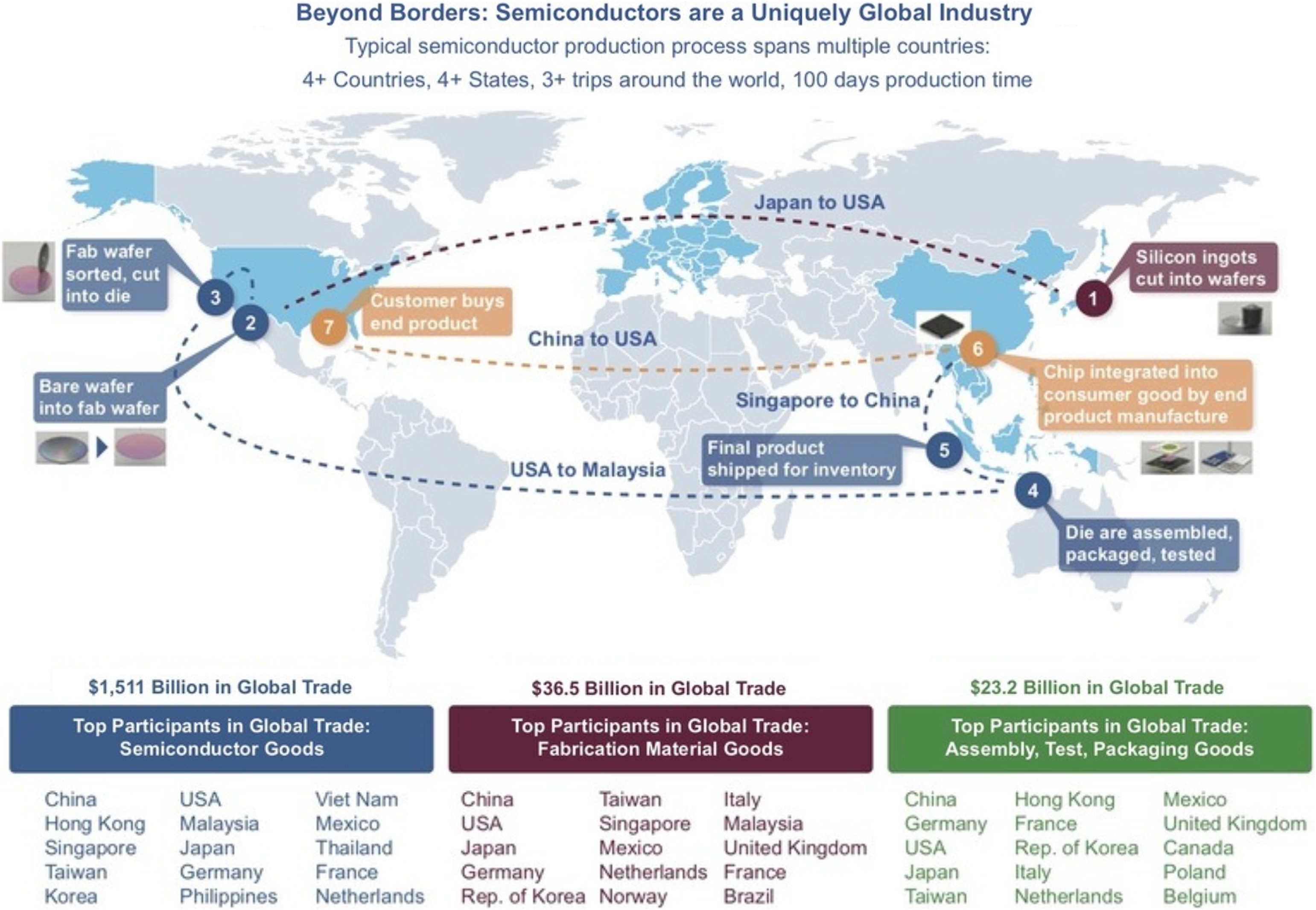 She claimed that the U.S. side has maintained dialogue with China but “over time it became clear that the PRC would only comply with those trade obligations that fit its own interests,” she said.

“Our strategy must expand beyond only pressing China for change and include vigorously defending our values and economic interests from the negative impacts of the PRC’s unfair economic policies and practices.”

She said the main points of realignment, include, first, making strategic investments to ensure American economic competitiveness and, second, working in concert with other market economies to “confront” Chinese policies and practices that are “fundamentally at odds with the modern global trading system.” The latter contemplates the expansion of resilient and sustainable global supply chains, a trade agreement with Japan and the launch of the Indo-Pacific Economic Framework.

Those points do not seem to constitute a new policy page. Washington’s blaming of China isn’t new, and the U.S. policies of enhancing domestic strategic technology competitiveness, realigning allies and launching the IPEF have been on the agenda ever since President Joe Biden began his tenure. To make all those tools effective, the U.S. needs to do just the opposite: enhance its   cooperation with China.

China has not been complying with only the trade obligations that fit its interests. Tesla was approved to set up a wholly owned super factory in Shanghai and has been exceptionally successful, although it has posed serious competition to Chinese home ENV producers such as BYDE. Goldman Sachs was approved to take a 100 percent share in the joint venture Goldman and Gao Hua, changing its name to Goldman Sachs China. It certainly fits Goldman’s global interests. China and the U.S. signed a 20-year agreement on LNG imports from America (4 million tons per year), although it could have found various natural gas suppliers other than the U.S.

In fact, the trade teams of both countries are continuing their exchanges on the main concerns. The page is still there. While it is all well and good that the U.S. works closely with the EU, Japan and others, direct China-U.S. teamwork is essential to address China’s trade policy and practice concerns. One of the difficulties is the standard for judging whether a policy or practice is at odds with the contemporary global trading system. The only standards are the relevant WTO rules, not national rules, and both countries, as WTO members, have an obligation to follow them.

China did correct its practices on rare earth export control and foreign electronic payments in China, following WTO rulings. On the other hand, some of the U.S. conclusions on Chinese government export subsidies are really at odds with WTO rules. In May 2012, China sued at WTO DSM in 11 cases of U.S. countervailing duties on Chinese products, including thermal paper, pressurized pipe, seamless pipe, solar panels and wind towers (DS437). The final WTO ruling on Jan. 26 this year was that the U.S. duties violated WTO rules. China was thus empowered to levy countervailing duties of $645 million on the U.S. The case has proved that America’s judgment on Chinese export subsidies had been incorrect. Therefore, the two governments should continue to sit down and review their trade policies and practices based on the common standard of relevant WTO rules.

The Biden administration has been working intensively with the European Union, Japan and South Korea, as well as with Taiwan, on a safe, resilient global supply chain for semiconductor chips based on values, It purposely excluded China. The fact is, however, that China has been and will continue to be a major link in the global semiconductor supply chain.

The annual report of the U.S. Semiconductor Industry Association — the 2022 SIA Factbook — shows that world semiconductor chip sales hit an all-time high at $555.9 billion in 2021, a 26.2 percent increase from 2020. China remained the world’s largest market at $192.5 billion — up 27.1 percent — and accounted for 34.6 percent of the global total. The U.S. was the world’s largest chip exporting country at $62 billion, representing 46.3 percent of the total. In China, U.S. companies accounted for 49.9 percent of the chip supply.

Leading American semiconductor companies have considerably high dependence on the Chinese market. Qualcomm reaped $11.16 billion in sales revenue during Q1 2022, up 41 percent over a year ago, and $2.93 billion in net profits, up 68 percent. As China accounts for more than 50 percent of the company’s global revenue and profits, Qualcomm has invested over $7 billion in China over the past 10 years and has set up a joint center for R&D and innovation for total supply chain cooperation. China has become a key link in Qualcomm’s global supply chain. Apple had sales revenue of $378.3 billion in 2021, with a net profit of 10.05 billion, or a net profit rate of 26 percent. During Q3 2021, its net profit hit $20.55 billion, to which greater China contributed $14.56 billion, or 70.9 percent.

Ironically, while Washington has been tightening its chip exports to China, the 11 largest U.S. chip maker, including Intel, Qualcomm, Texas Instruments, Broadcom and Micron, increased their sales to China from $56.17 billion in 2017 to $85.43 billion in 2021, a cumulative growth of 52.1 percent, which is faster than their global sales growth rate.

Now let’s assume that China is excluded from the global chip supply chain. The U.S. chip manufacturers would lose $96 billion in sales per year and would accordingly cut their R&D spending by $17.2 billion. In that case, the U.S. chip companies would only spend $33 billion in annual R&D, which is insufficient to maintain world-leading competitiveness and would threaten their very survival.

Apparently, a resilient global semiconductor supply chain without China is out of question. On the other hand, complimentary China-U.S. cooperation would make the global supply chain complete and resilient for years to come, thus increasing advantages for both countries and for the world at large.

HuaweiSupply ChainsInformation TechnologyTechnologyGlobal Economy
printTweet
You might also like
Back to Top
CHINA US Focus 2022 China-United States Exchange Foundation. All rights reserved.