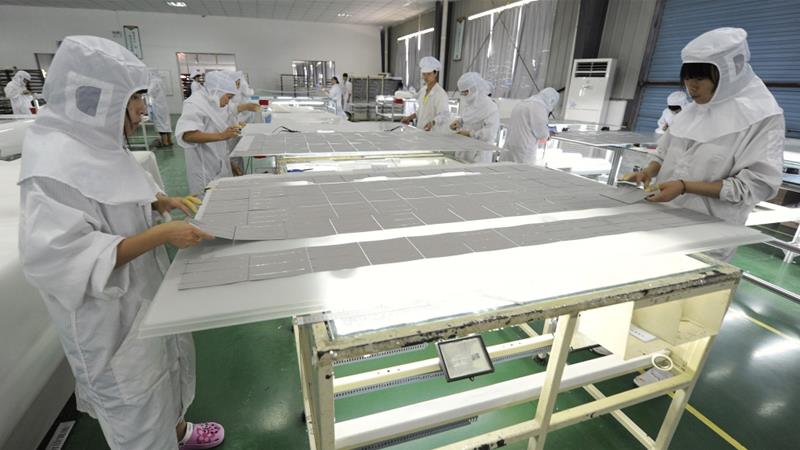 Since entering office the Trump administration has focused extensively on the U.S.—China trade relationship, pushing market access to a closed Chinese market. China has pushed back arguing that Obama and Trump blocking Chinese acquisition of semiconductor and financial services firms are the true threats to free trade and investment. What is the state of the U.S. Chinese trade and investment relationship and what does this tell us about the potential for greater economic skirmishes?

Stripping away the rhetoric, the fundamental conflict comes down to a Chinese market that is significantly more economically illiberal than the United States market. While this may sound harsh, the data bear this out. Washington imposes effectively no limits on Chinese financial and portfolio holdings of United States assets from stocks to bonds and non-traditional assets. Conversely, Beijing strictly limits to near zero relative to the financial market, the amount any foreigner can invest in China and quotas are strictly handed out by Beijing regulators.

In trade, a similar story plays out. Taking a simple measure, that obscures important detail, the weighted tariff on imports is 1.6 percent in the United States compared to 3.5 percent in China. Additionally, in the United States, except for anti-dumping duties applied to Chinese companies primarily from ferrous metals sectors like aluminum, tin, and steel, Chinese companies have very few trade restraints on markets they can target.As a 2016 report noted, China “uses country-specific standards which foreign competitors find hard to meet. These requirements are often very lengthy and involve non-transparent application processes.”

Even in foreign direct investment the regulatory imbalance is striking. The United States imposes virtually no restrictions on acquisitions by Chinese firms. Despite the high-profile rejection of the MoneyGram acquisition, Beijing’s limits on capital controls have demonstrably killed more deals than U.S. national security concerns. Chinese firms are blocked from U.S. acquisitions roughly on par with their investment flows with other countries like Germany and Japan having more rejected deals. Though China’s concern is understandable, it simply does not hold up to factual scrutiny that Beijing is targeted any more than other countries.

Conversely, China explicitly forbids foreign investment in sectors like payments and a wide variety of other sectors from technology to industry and even cultural dance troupes. Beijing actively maintains a “negatives” list that is vast in its scope of industries where foreigners are not allowed to invest. There simply is no comparison between restrictions on FDI protectionism between the United States and China.

Even some of the anti-dumping duties imposed by the Obama and Trump administrations, while bad economic and political policy that should not be implemented, are not in most cases factually wrong. Chinese solar firms are being heavily subsidized by the government and selling panels at large losses. While commodity prices have risen due to Chinese production quotas and financial market intervention so that steel, aluminum, and tin manufacturing has returned to profitability, they were previously dumping these products in foreign markets.

What makes Chinese defensiveness over anti-dumping duties is that Beijing is attempting to cut down on surplus capacity in these sectors that drove prices so low and prevent local governments from propping up these firms. Chinese financial regulators frequently stress the need to not prop up failing firms and cut off funding to over supplied industries, the very thing that subsidizes the dumping. In other words, Beijing is implicitly admitting that even if they do not like the outcome, they know U.S. trade actions are right on the merits.

Beijing is also much more individually protectionist. Despite blocking a wide range of internet firms from Google to Twitter, Beijing talks hypocritically about the U.S. imposing a digital iron curtain. Despite complaints about a small number of Chinese acquisitions being blocked, research shows that Beijing prevents many more foreign acquisitions than Washington. While the United States is far from perfectly innocent and anti-dumping duties accomplish nothing, the weight of evidence demonstrates without question China remains overwhelmingly more protectionist.

So what does this portend for the future state of the economic relationship for China and the United States?

First, there is a fundamental conflict of values that drives the rising tension between China and the United States. China is an authoritarian, oppressive, government owned economy, mercantilist state that does not abridge disagreement from anyone domestically or internationally. The United States even under Trump remains an open democracy with one of the most open markets in the world. Those values will come into conflict and will not disappear.

Second, as China grows it cannot remain so blatantly hypocritical and mercantilist in its dealings not just with the United States but many other states. Governments around the world are raising the idea of reciprocity around which to frame dealings with Beijing.  It is lost on no one that Beijing demands the ability to treat foreign companies, goods, and investment one way in China but expects radically different treatment abroad. This is a fundamental tension as China becomes more important internationally.

Third, while President Trump’s rhetorical inclination appears to be much more protectionist and bilateral, the policies he has actually implemented with regards to Chinese trade and investment are really little more than an extension of Obama administration policies. The large number of anti-dumping measures and pressure to follow its own commitments like allowing Visa and Mastercard access to Chinese payment systems, which they agreed to when joining the World Trade Organization in 2000, do not represent any significant break. However, President Trump appears much more willing to publicly confront Beijing on its protectionism. How far he is willing to go and implement retaliatory policies remains to be seen. To date however, his policies have largely pursued a similar path as President Obama.

There is little optimism in the state of the U.S. China economic relationship. While it is unlikely that a fully-fledged trade war will happen any time soon, the two great powers will clash over competing visions of the international economy.