The Art of the North Korean Deal 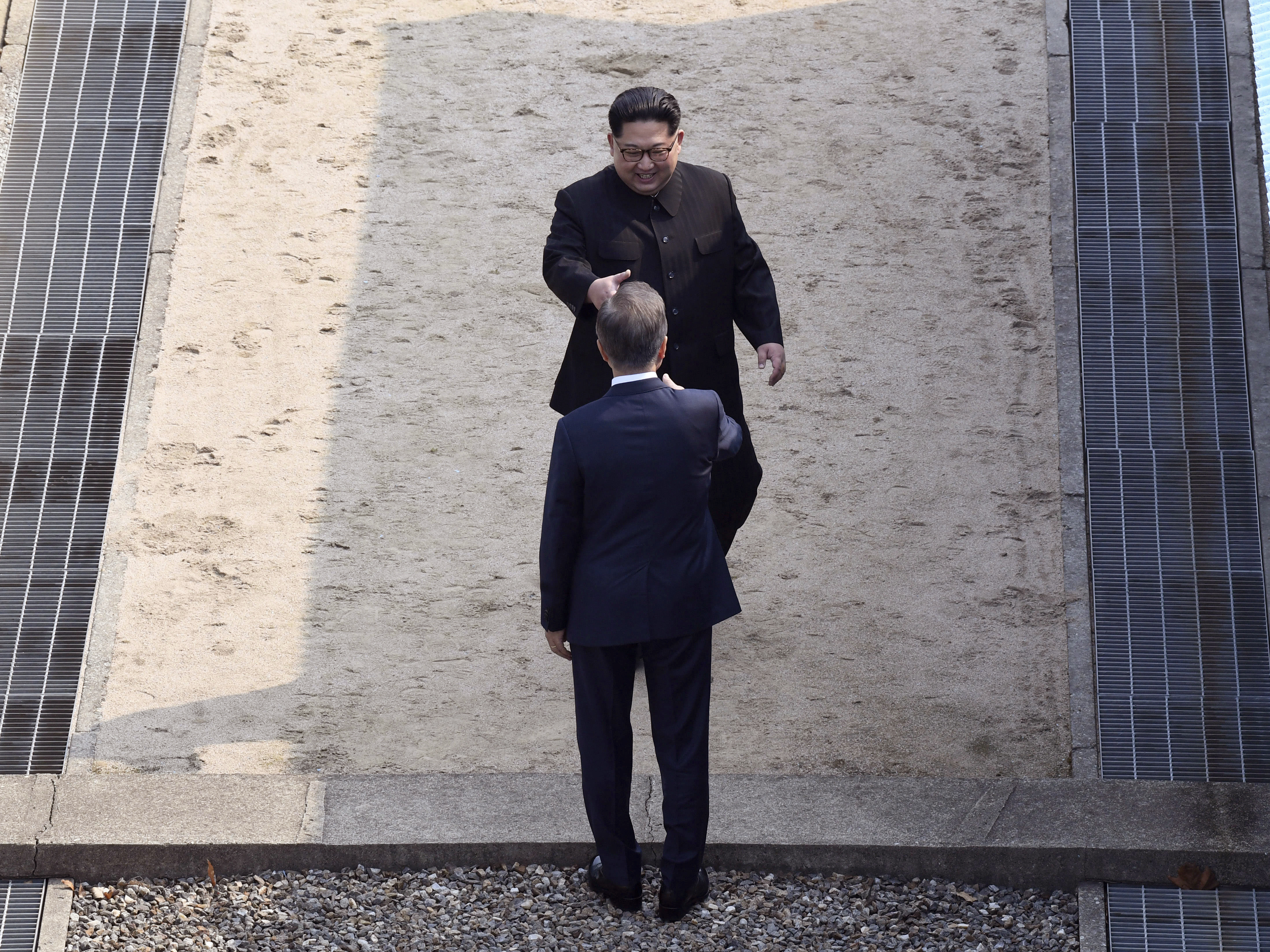 If we’re optimistic about the outcomes from last week’s monumental inter-Korean summit, the positive overtures North Korean leader Kim Jong-un seems to be making bode well for the Korean Peninsula. As indicated by last week’s agreement, signed by Kim and South Korean President Moon Jae-in, these moves may spell hope for a sustained multi-track dialogue that looks more holistically at inter-Korean exchanges (including humanitarian exchanges, tourism, family reunions, and economic development projects like restarting the Kaesong Industrial Complex), with parallel, sequenced discussions around the terms and process of possible denuclearization, the safety and security around the DMZ, and talks to finally end the Armistice Agreement and end the Korean War.

The next big diplomatic step for North Korea is its planned summit with President Donald Trump, which may happen in May or June in a “neutral” country like Singapore or Mongolia. North Korea has long seen the United States— not South Korea— as its adversarial bogeyman. The nuclear program is aimed not at South Korea, but the United States, whose military forces in South Korea and off the peninsula are considered a threat to the regime’s existence by North Korean leaders. North Korea’s continued development of nuclear weapons over the past few decades — finally a credible threat under Kim Jong-un — had, prior to the beginning of this year, driven U.S.-North Korean relations into a quagmire of sanctions, bluster, and refusals to talk.

Kim Jong-un’s announcement that he would cease nuclear tests and close the Punggye-ri test site lends more momentum to the upcoming summit. While Chinese scientists have reported the site has collapsed — which some suggest undercuts the value of Kim’s offer to stop testing — analysts at 38 North, a U.S.-based site, argue that the site is still viable. Kim has stated that he is willing to put denuclearization on the table, and recently invited experts and journalists from the United States and South Korea to be present when the country shuts down the facility.

Kim’s decision to meet with foreign heads-of-state is certainly supported by North Korea’s rapid and demonstrable advancement of its nuclear program under his rule. North Korea feels empowered to sit at the negotiating table precisely because the United States understands the extent of its weapons capabilities, including nuclear weapons and a demonstrated long-range missile capability. Looking at Kim Jong-un’s statements to his party and military, he seems very confident and satisfied with the progress they’ve made on both nuclear and missile testing. Those accomplishments don’t go away when tests stop.

However, stopping tests and even closing the test site will not be permanent measures. Earlier agreements or promises to denuclearize have been broken, such as the 2012 Leap Day Agreement, which was shattered just a couple of weeks after being signed. The same could be said for the Agreed Framework in the 1990s, though it’s unravelling at a slower pace. North Korea could not talk with the Obama and Park administrations.

While we might learn from past experiences of U.S. negotiations with North Korea, historical comparisons (such as the agreements above) don’t give us enough information, because 1) North Korea wasn’t comfortable with its existing nuclear capability and arsenal, and 2) the regional political will was different then. Moreover, North Korea’s negotiations with the outside world have been almost nil under Kim Jong-un, so we could be seeing a North Korean diplomatic style that is drastically different from his father’s. Under Kim Jong-il, North Korean diplomats sought to extract aid or sanctions relief in exchange for easing tensions. Kim Jong-un has remained quite isolated until now and has virtually ignored sanctions.

But, because of North Korea’s past reticence toward U.S. and ROK goals on denuclearization and its suspicion about exchanges, the political process ahead will be difficult. First, as has been noted by many Korea watchers, “denuclearization” to North Korea means not only dismantling its nuclear facilities and giving up its weapons and missile systems (the U.S. view), but also the removal of the U.S. nuclear umbrella from South Korea and Japan. However, at this time, North Korea is not demanding the removal of U.S. troops from South Korea, according to President Moon after his meeting with Kim Jong-un. This demand has been a sticking point not only with officials in the United States, but also among many conservatives in South Korea.

Second, North Korea, under Kim Jong-il, has historically attempted to play the two allies off against each other, particularly during progressive South Korean administrations, which have tended to be more amenable to engagement with Pyongyang. North Korea has been pretty apt at reading the political will of its adversaries, and both Moon and Trump are eager for change on the Korean peninsula. However, the moves North Korea has made with South Korea may end up causing tension between Seoul and Washington. If Trump is not satisfied with the offers Kim puts on the table — or if the summit falls through — the plans laid out at the inter-Korean summit may unravel, which could strain U.S.-ROK relations.

Moon is eager to ratchet down tensions with the North and increase humanitarian exchanges, and the agreement last week provides a way forward. For his part, Trump is eager to make a deal. Part of Trump’s “brand” — drawing from his legacy in business and media prior to entering office — has been as a “closer.” Part of this brand includes his framing of Kim Jong-un as a “rocket man” and a threat to the world, interspersed by Trump’s stated willingness to apply his “art of the deal” to the decades-long conflict.

Finally, China has strategic reasons to support North Korea’s succession of summits with Xi Jinping, Moon Jae-in, and perhaps Donald Trump. As Alice Ekman points out, China has long been attempting to “reorganize the Asia-Pacific region in a post-alliance security framework,” and any steps toward a stable and peaceful Korean Peninsula undercut U.S. reasons for its military presence in Northeast Asia. Moreover, in the nearer-term, U.S. deals that include sanctions relief or scaling back military exercises bode well not only for peninsular stability, but for China’s economic exchanges with North Korea —which are only a small outlet for Beijing, but a source of Chinese leverage over Pyongyang that has been curtailed recently by increasingly strict sanctions. The United States would do well to understand Beijing’s strategic goals for peace on the Korean Peninsula, and work with Beijing and Seoul in advance of a potential meeting with Kim Jong-un to ensure viable summit deliverables.

In anticipation of the upcoming Trump-Kim summit, American negotiators should note that being a bit more cautious with expectations and drawing lessons from past Korean negotiating behaviors could lead to lasting change on the peninsula, provided political will in Washington remains focused on sticking with the long process ahead.