The Asianized World Has Arrived 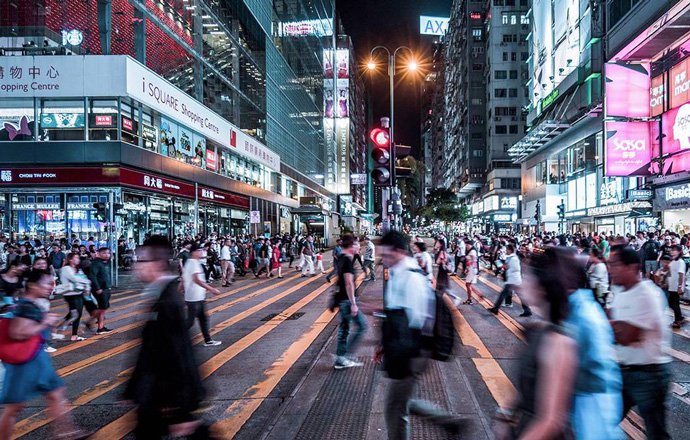 In the nineteenth century, the world was Europeanized. In the twentieth century, it was Americanized. Now, it is being Asianized – and much faster than you may think.

Asia’s rise has been swift. Home to more than half of the world’s population, the region has climbed from low- to middle-income status within a single generation. By 2040, it is likely to generate more than 50% of world GDP, and could account for nearly 40% of global consumption.

New McKinsey Global Institute research shows the extent to which the global center of gravity is shifting toward Asia. Today, the region has an increasing global share of trade, capital, people, knowledge, transport, culture, and resources. Of eight types of global cross-border flows, only waste is flowing in the opposite direction, reflecting the decision by China and other Asian countries to reduce imports of garbage from developed countries.

Asia now accounts for around one-third of global trade in goods, up from about a quarter ten years ago. Over roughly the same period, its share of global airline travelers has risen from 33% to 40%, and its share of capital flows has increased from 13% to 23%.

Those flows have fueled growth in Asia’s cities. The region is home to 21 of the world’s 30 largest, and four of the ten most visited. And some of Asia’s lesser-known cities are now also on investors’ radar. In Yangon, Myanmar’s commercial capital, greenfield foreign direct investment (FDI) in knowledge-intensive sectors totaled $2.6 billion in 2017, up from virtually zero in 2007.

Similarly, Bekasi, a smaller city near Jakarta, has emerged as the Detroit of Indonesia – the center of Indonesia’s automotive and motorcycle industry. Over the last decade, FDI in the city’s manufacturing industry has grown at an average rate of 29% per year. And Hyderabad – which generated over 1,400 patents in 2017 – is quickly catching up with India’s Silicon Valley, Bangalore.

But it’s not only external flows being channeled into Asia. Dynamic intraregional networks are also driving progress. Around 60% of Asian countries’ total trade in goods occurs within the region, facilitated by increasingly integrated Asian supply chains. Intraregional funding and investment flows are also increasing, with more than 70% of Asian startup funding coming from within the region. Flows of people – 74% of travel within Asia is undertaken by Asians – help to integrate the region as well.

What makes these flows work is Asia’s diversity. In fact, there are at least four “Asias,” each at a different stage of economic development, playing a unique role in the region’s global rise.

The first Asia comprises China, the region’s anchor economy, which provides a connectivity and innovation platform to its neighbors. In 2013-17, the country accounted for 35% of Asia’s total outward FDI, with about one-quarter of that investment going to other Asian economies. Reflecting its rapidly growing innovation capacity, China accounted for 44% of the world’s patent applications in 2017.

The second grouping – “Advanced Asia” – also provides technology and capital. With total outward FDI of $1 trillion, these countries accounted for 54% of total regional FDI outflows in 2013-17. South Korea alone provided 33% of all FDI flows to Vietnam. Japan accounted for 35% of Myanmar’s FDI inflows, and 17% of the Philippines’.

Then there is “Emerging Asia,” which comprises a relatively diverse group of small emerging economies that provide not only labor, but also growth potential, owing to rising productivity and consumption. These economies are deeply integrated with their regional neighbors: their average share of intraregional flows of goods, capital, and people is 79%, the highest of the four Asias.

By contrast, the fourth grouping – “Frontier Asia and India” – has the lowest average share of intraregional flows, amounting to just 31%. But this figure – which reflects historic ties to Europe, the Middle East and Africa, and the United States – is set to increase, as these economies, which historically were less integrated, forge closer bonds with their Asian neighbors. This group has a lot to offer, including a relatively young labor force that is capitalizing on the growing Asian import market, and a growing middle class that can serve as a new market for regional exports.

The differences among the four Asias are complementary, making integration a powerful force for progress. For example, as one country’s labor force ages, a country with a younger population fills the gap. The median age of India’s population stood at 27 in 2015, compared to 37 in China and 48 in Japan and is expected to reach just 38 by 2050.

Likewise, when wages – and thus manufacturing costs – begin to rise in one country, an economy at an earlier stage of development takes over its low-cost manufacturing activities. From 2014 to 2017, when China’s share of all labor-intensive emerging-economy exports declined from 55% to 52%, Vietnam’s share increased by 2.2 percentage points and Cambodia’s by 0.4 percentage points.

For years, observers have breathlessly discussed Asia’s future potential. The future has arrived. We have entered the “Asian century,” as the author Parag Khanna puts it. There is no turning back.

World EconomyGeoeconomicsAsia-PacificChina’s RiseGlobal Governance
printTweet
You might also like
Back to Top
CHINA US Focus 2020 China-United States Exchange Foundation. All rights reserved.