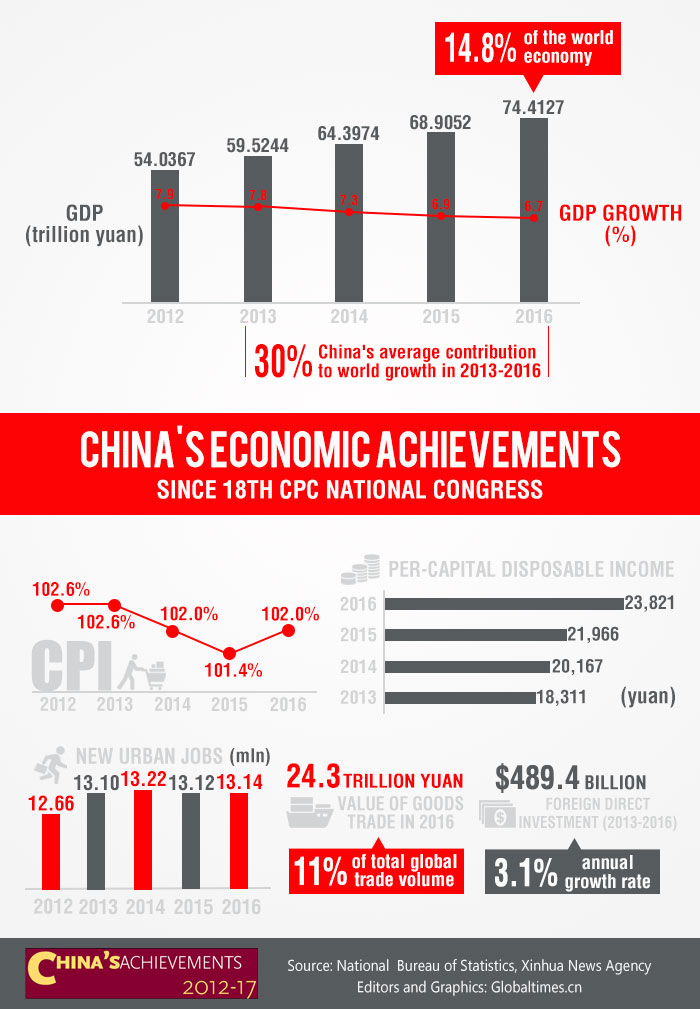 The past five years were extraordinary for China. The Communist Party of China (CPC) held the 19th national congress, setting development targets till 2050. There were doubts about China’s macroeconomic policy in 2018 due to overlapping monetary and property policies. However, these concerns were answered by the recent Central Economic Work Conference, which determined the focus of macroeconomic policy in 2018.

The conference put forward Xi Jinping’s Thought on a Socialist Economy with Chinese Characteristics for a New Era. China’s new development concept can be described as innovative, green, and open. China will focus on quality development rather than high-speed growth. China’s economic development has entered a new era.

China will likely reconstruct the systems of development indicators, policies, standards, statistics and performance assessment. Only by doing so can high-quality development be realized. China has worked on this for five years, but its efforts have not been inadequate.

Third, the conference did not stress the issue of deleveraging, but deleveraging will be done in an orderly way. The conference of the Political Bureau of the CPC held before the Central Economic Conference proposed to forestall major risks, and to effectively control macro leverage. This indicates that the Chinese government is not eager to see a drastic leverage reduction. Over the past five years, the restrictions on Chinese local governments’ debts were strengthened, the profitability of the industrial enterprises was gradually improved, and the shadow banking and the chaos of internet finance were managed. The leverage ratio of China’s economy, especially that of enterprises, is gradually declining, and the Chinese government has the determination and will to gradually alleviate the historical debt burdens.

Fourth, the conference repeatedly emphasized that finance must serve the real economy. The conference proposed promoting a virtuous cycle between finance and real economy, and the property market. A long-standing debate exists in the US on whether Wall Street (which represents the virtual economy) is more important or main street (which represents the real economy) is. This kind of debate does not exist in China because the real economy is fundamental and finance is incidental. The conference made a statement about keeping a neutral monetary policy, controlling money supply, keeping a reasonable growth of credit, and keeping the RMB exchange rate at a reasonable equilibrium level. Thus, the central bank of China will neither narrow its balance sheet nor tolerate any obviously abnormal fluctuations in liquidity in 2018. In consideration of the good economic performance in the US and the resulting inflow of a trillion dollars in overseas capital in 2018, I expect the RMB exchange rate will generally maintain slightly stronger against the US dollar.

The conference emphasized that the focus of fiscal policy is to optimize the structure of fiscal spending. It was decided that the structure of fiscal spending would be optimized with a squeeze on regular expenditure and the local government debts would be under stronger regulation. The Central Economic Work Conference in 2016 made fiscal policy more efficient, made the budget compliant with supply-side structural reforms, reduced the tax burden of enterprises, and ensured basic social security. The comparison of the 2016 and 2018 clearly shows that China’s fiscal deficit in 2018 will remain stable on the whole without any evident deficit expansion. At the same time, the structure of fiscal spending will see a reduction of regular expenditure and strengthened capital expenditure. The major fields and projects supported by China’s fiscal spending will be those related to building a comprehensive well-off society. For a long time, China has limited expenditure to income. So, although its debt has expanded, the debt burden is generally much lower than that of the US and Eurozone. China will watch the spillover effects of Trump’s tax cut plan. Instead of following the road of Western fiscal stimulus, China will insist on optimizing the business environment, easing the tax burden， and implementing tax laws.

The conference emphasized developing the house rental market. The proposal by the conference is to develop the house rental market, particularly long-term rental, and improve the long-term mechanism to promote a stable, healthy housing market. This indicates that the housing supply model that has mainly relied on commercial housing sales since 1998 will shift to one based on both house purchases and rental. The market, governments at all levels, and enterprises will make joint efforts to continuously improve housing conditions. Many speculate that the long-term control mechanism mainly refers to property tax. But it will go through many procedures such as central government legislation and promulgation, local rules and regulations. The conference also distinguished between local government rights and the rights of the central government to regulate property. This leaves room for more flexible property control in 2018.

At present, the global economy is growing, mitigating the overshooting caused by the over tight policy that China’s economy may encounter in 2018. The Central Economic Work Conference showed the government’s foresight and flexibility. However, it did not address issues like how China should open up, how it should deal with an aging population, and how it should grow its industries.

China’s EconomyCPC
printTweet
You might also like
Back to Top
CHINA US Focus 2018 China-United States Exchange Foundation. All rights reserved. Disclaimer