(Below is a speech made by Congressman Steve Russell)

Madam Speaker, withtrade deals on the horizon, PresidentObama has asked Congress to granthim trade promotional authority, also calledfast track, to ‘‘write the rulesfor the world’s economy.’’ This measurewould allow the President to passsweeping trade partnerships withoutthe input of the American peoplethrough their elected representativesin the normal process. Despite the variousmyths circulating about TPA, Isincerely believe that it is not in thebest interest of our Nation, as writtenat this time. 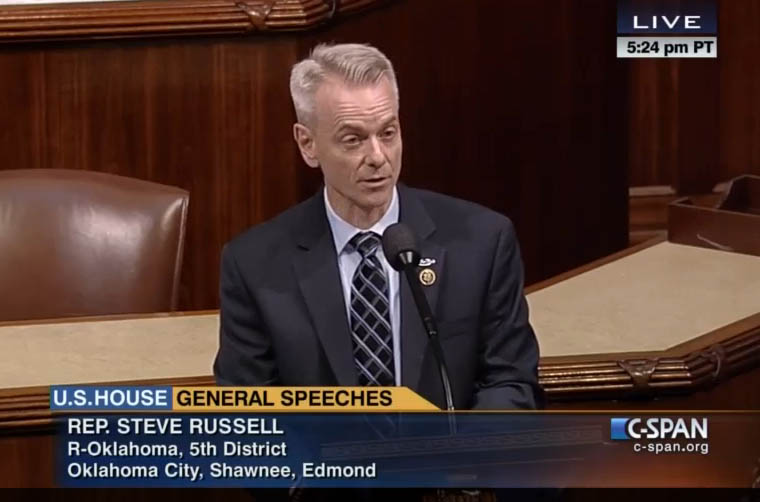 I am a strong supporter of trade whendeals are negotiated strategically inthe best interest of the United Stateseconomically, militarily, and diplomatically.With the President leavingoffice in just months, I have serious concerns about the rapid pace and content of any deal that could have decades of implication.

Many have said TPA will strengthen our international relationships, and that may be, but while TPA would fast-track the Trans-Pacific Partnership, in specific, currently being negotiated by the President with 11 other Pacific nations, I am not convinced that this is a partnership that must be done in haste before the President leaves office.

We currently trade with 6 of the 11 other members. Our vital yet delicate relationship with China—a country not included in the Trans-Pacific Partnership— would likely be damaged by a rivalry for economic influence in the region. The Trans-Pacific Partnership rewards nations with serious human rights violations while slighting our faithful trade partners with shared values in Europe. While I support the lifting of trade barriers and promoting better standards of living, I believe we must do the right track, not the fast track.

Others have claimed TPA will strengthen national security. On this point we should take careful note. The President has used dangerous and isolating language regarding China, with words coming from the White House like ‘‘hegemony’’ and ‘‘containment’’ to ask for the TPA, or the trade promotional authority, but we must note that China is not our enemy. Therefore, we should not put it on the path to become one.

By isolating China, we could easily transform our capabilities-based defense strategy to a threat-based one, with all of the implication and decades of effort that that would entail. It would affect all of our future defense spending and could even begin Cold War II. The trade promotional authority can be granted and trade agreements inked without making China excluded, or worse, our enemy. We need to use the next 20 months to repair the relationships as we move towards better trade agreements.