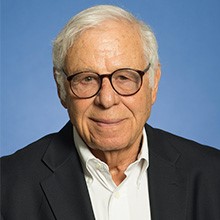 Amitai Etzioni is a University Professor and Professor of International Relations at The George Washington University. The University of Virginia just published his new book, Avoiding War with China. After receiving his Ph.D. in Sociology from the University of California, Berkeley in 1958, Dr. Amitai Etzioni served as a Professor of Sociology at Columbia University for 20 years; part of that time as the Chairman of the department. He was a guest scholar at the Brookings Institution in 1978 before serving as a Senior Advisor to the White House from 1979-1980. In 1980, Dr. Etzioni was named the first University Professor at The George Washington University, where he is the Director of the Institute for Communitarian Policy Studies.
Back to Top
CHINA US Focus 2022 China-United States Exchange Foundation. All rights reserved.