The China Questions: Critical Insights into a Rising Power

When listening to political rhetoric or following the mainstream media, one cannot help but be affected by one-dimensional perspectives that suggest China is “one thing or one way,” Michael Szonyi explains. Understanding China requires a broader perspective than the day-to-day accounts offered by politicians and the media. The China Questions: Critical Insights into a Rising Power collects the contributions of thirty-six scholars affiliated with the Fairbank Center for Chinese Studies at Harvard University, who put themselves to the task of developing answers to some of the most critical questions that ordinary people, especially Americans, often ask about China. “Can China and Japan Ever Get Along?” “Why is it Still So Hard to Talk about the Cultural Revolution?” “Why Does the End of the One-Child Policy Matter?” These and other questions are answered in 2,000-word essays, offering the reader “a window onto the challenges China faces today and the uncertainties its meteoric ascent on the global horizon has provoked.”

China has moved from relative international isolation to a key priority for many countries who seek to build cultural, commercial and diplomatic ties with the country— in only a few decades. However, many of these same governments and policymakers have unanswered questions about some of China’s internal challenges and policies. The China Questions seeks to remove the obfuscation of political jargon and official government statements and talk honestly about fundamental topics in an accessible way. The essays are presented in six categories– Politics, International Relations, Economy, Environment, Society, and Culture– providing a multi-disciplinary look at China’s recent economic growth, political change and internal challenges. The collection is especially strong in its coverage of Chinese culture and public opinion; for those who feel there is a “perception gap” between China and the U.S., this book is valuable reading. 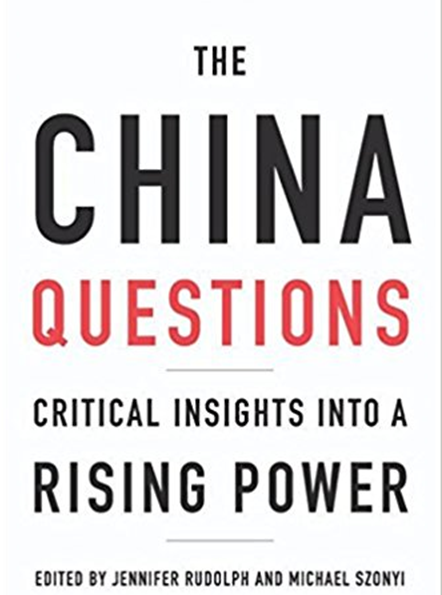