The holding of the 1st Meeting of the Bilateral Consultation Mechanism on the South China Sea (SCS) in Guiyang, China last May 19, 2017 represents a significant milestone in Philippines-China efforts to manage a longstanding irritant in their relations. Maritime affairs between the two neighbors fluctuate between periods of confrontation and cooperation, with the former being a dominant theme. However, cooperation has shown promising prospects of late.  This oscillation is motivated by domestic and regional variables. Areas for confrontation or competition and cooperation include security (e.g. maritime law enforcement coordination, confidence building measures, non-traditional security), resource exploration and development (e.g. fisheries, hydrocarbons, seabed minerals), and marine environment research and preservation and the consultation mechanism will undoubtedly touch on these issues moving forward. 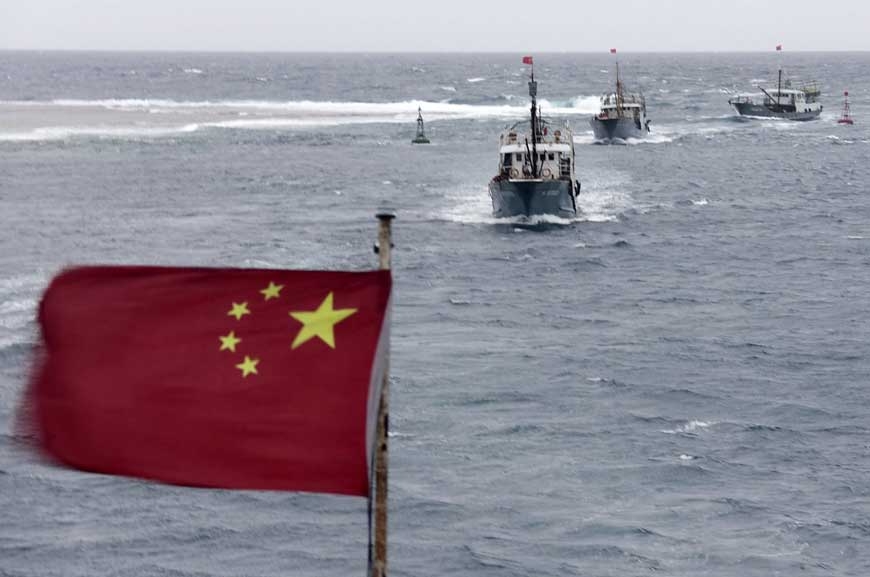 Episodes of confrontation can be seen in the 2011 Recto (Reed) Bank incident and 2012 Panatag (Scarborough) Shoal standoff which demonstrate how resources can be a driver of disputes. These episodes also demonstrate how the lack of established communication channels and crisis management mechanisms can make relatively minor incidents or miscalculations (e.g. routine deputized maritime law enforcement action) spiral out of control. The 2011 incident also demonstrate the perils of unilateral resource exploration in contested waters, although the 2016 arbitration ruling now provides a firm legal basis for the Philippines to undertake such economic exercise within its exclusive economic zone. In 2013, Philippines initiated arbitration proceedings against China, turning bilateral ties to its all-time low since formal relations were established in 1975. While the Philippines considers such move as a lawful and peaceful approach in resolving disputes anchored on a rules-based order, many in China considered it as amounting to lawfare.

Elements of cooperation, on the other hand, can be seen in the 2004 Philippines-China Joint Marine Seismic Undertaking (JMSU) which was elevated to a tripartite agreement with Vietnam in 2005. This, in turn, shows that the presence or potential presence of resources in contested waters can also promote cooperation. Unfortunately, because of domestic opposition and constitutional and legal constraints, JMSU lapsed without graduating to joint hydrocarbons development. This clearly demonstrate how domestic variables can constrain states’ willingness to enter into such practical interim cooperation that international law, including UNCLOS, in fact encourage neighboring coastal states to enter to. In 2005, Philippines and China also signed a Memorandum of Understanding (MoU) for Maritime Cooperation and a similar MoU on the Establishment of a Joint Coast Guard Committee (JCGG) for Maritime Cooperation. It was among the 13 cooperation documents signed by both sides during the visit of President Duterte in Beijing last October 2016, signifying the high level of importance attached by both sides on the same. The first inaugural meeting of this JCGG was held in the former U.S. naval base of Subic last February 2017. These show concerted efforts to enhance confidence building.

The first meeting of the biannual bilateral consultation mechanism to manage the South China Sea disputes, which is hoped to have a positive cascading effect on the early conclusion for a regional Code of Conduct on the disputed sea. Hints of possible cooperation in non-traditional security can be gleaned from President Duterte’s interest to welcome Chinese presence in the Sulu Sea to help address maritime piracy and armed sea robbery. China’s participation in the international efforts to curb piracy in the Gulf of Aden and its increasing mil-to-mil exercises, including in the areas of naval and anti-terrorism exercises, with other ASEAN countries, notably Thailand, Malaysia and Indonesia, may had played a part in Duterte’s invitation. The April 30-May 2 visit of Chinese navy vessels in Duterte’s hometown of Davao City, the first in seven years, speaks a lot about such potentials.

Indeed, there was tremendous turnaround in the maritime affairs between the two countries brought about by improving political relations. There was relative peace and stability in the region post arbitration ruling and a large part of it can be attributed to the enormous restraint made and magnanimity displayed by the Philippines despite weathering considerable domestic and international pressure. President Duterte decided not to taunt and flaunt the ruling and not to raise it for now, adopting a different tack from the previous Aquino Administration. Despite of his campaign promise, he had not yet paid a visit to the West Philippine Sea, instead sending his top defense officials to visit Pag-Asa Island, the seat of the country’s smallest municipality of Kalayaan, which is made up of features contested by other claimants. Despite facing criticism, he has owned up to allowing Chinese research vessels in Benham Rise, an undisputed extended continental shelf awarded to the Philippines in 2012. Despite intense lobbying by some groups, the arbitral ruling was not referenced in the April 2017 final ASEAN Statement. All of these show Manila’s determination to dial down tensions and pursue better handling of disputes which it hoped will be reciprocated by Beijing.

Duterte no doubt had invested tremendous political capital in renewing relations with China in spite of the landmark legal victory. Beijing can return the favor by considering the following: 1) ensuring the speedy implementation of agreed projects, investments and loans be they part of China’s regional economic initiatives as the Belt and Road Initiative or Asian Infrastructure Investment Bank or not; 2) refrain from interfering in Philippine efforts to upgrade and modernize civilian and economic structures and facilities in the Kalayaan to improve the living conditions of Filipino constituents there and; 3) contribute in developing Philippine fishing capacity and offshore energy through investments and joint ventures. Adhering to these three points will be mutually beneficial, showcase good neighbor relations and in no way pose harm to one another’s interest or the interest of third parties in the sea. It may still be too early to predict how the introduction of this bilateral consultation mechanism will change the dynamics of the South China Sea but it surely is a welcome development in continuing efforts to manage one the world’s most intractable flashpoints.