Today’s multilateral mechanisms are rather slow-moving and inefficient on the whole. Global governance is confronted with difficulties of unprecedented scale in a series of functional areas. Such questions as threat of world economic recession, reform of international financial system, the Doha round, maritime disputes and antagonism, prevention of nuclear weapon proliferation, surge of Muslim inflows in Europe or terrorist war of ISIS have added difficulties to the formation, readjustment and implementation of global governance rules. An almost rare exception is the global undertaking to deal with climate change, which has registered significant progress since 2013, largely attributable to recent major initiatives of China and effective consultation and coordination between China and the US, the two primary emitters. 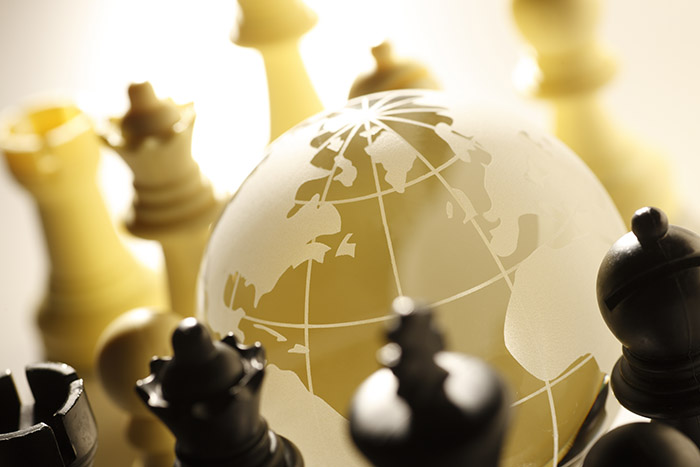 Besides serious geopolitical competition between powers, which will be mentioned briefly toward the end of this article, there are mainly four reasons behind the bleak outlook for global governance: vested interests of powers; obstinacy of some small states; unusually complicated and novel technical issues involved; and changes in global political culture. The situations people see are actually normal happenings in ‘hard times’ — exactly when it most necessary to have extensive international cooperation and multilateral regime, self-perpetuation and self-protection gain the upper hand, leading to subsiding desire for cooperation, difficulty in distribution of obligations, reluctance to create new systems and inefficiency of existing systems. In other words, reality is often different from necessity. The difficulties in taking international collective actions are far greater than what was forecast by liberal internationalists in previous ‘better times’, when the world economy was in much better shape and changes in the power structure were in a much narrower band.

The high isolationist tide represented by Trump and Sanders in the US, the more or less surprising result of referendum on a UK exit from EU, economic protectionism far more extensive and frequent than in the first two decades since end of the Cold War, increasing anti-Muslim refugees rhetoric in Europe, Putin’s aggressive yet popular posture of fierce strategic and military confrontation with the West, Erdogan’s populist Islamization measures and increasing concentration of power in Turkey, major political change in Taiwan and adverse currents in Hong Kong, and even some prominent opinions and behaviors in China all point to a worldwide tendency of increasing populism, nativism and nationalism. It is closely linked to the extensive and profound political, social, technological, cultural and geopolitical dynamics in the world. The traditional liberal internationalist elites in relevant countries are ill-prepared and have stretched or even failed to deal with this situation.

Such changes in global political culture drive and showcase the turbulences and ‘fission’ in the global international order. As such it’s only natural that multilateral mechanisms on the whole are slow-moving and inefficient. In this situation, on the one hand, there is still a need to advance multilateral cooperation at both global and regional levels; on the other, attention must be paid to retrogressions throughout the world, recognizing that no single country can serve as the sole stabilizer and backbone in a globalized international order or at least the free and open global trade order and that countries have to get prepared both mentally and with policies for ‘powerless’ situations.

As stated previously, another reason for the bleak prospect of global governance is the increasing geopolitical competition among powers. Compared with any previous time since the end of the Cold War, relations between powers are highly turbulent, with rapidly increasing strategic competition between China and the US, as well as confrontation between Russia and both the US and Europe. As a result, strategic collaboration between China and Russia has markedly increased.

In terms of increasing strategic competition between China and the US, there have been two most prominent developments: the decision by US and ROK to deploy THAAD anti-missile system, which will seriously undermine China’s strategic deterrence capability, and China’s unprecedentedly strong reaction to the ruling by the International Arbitration Tribunal in The Hague on the case filed by the Philippines. The world has already seen a remarkable emergence of an arms race between China and the US in the Western Pacific, or west of the Western Pacific at the least. The THAAD deployment in ROK will trigger an important new aspect in strategic arms race between China and the US. Upon the award of arbitration, denounced by China as ‘a piece of trash paper’, the Chinese government issued a statement, declaring explicitly for the first time in decades that all islands and reefs inside the nine-dashed line are Chinese territories and their adjunct waters Chinese territorial sea, and that these sovereignty and maritime claims are based on historic rights.

In terms of increased strategic collaboration between China and Russia, there have also been two major developments: A joint statement on global strategic stability between the two heads of states in late June and China’s announcement in late July to have a joint naval and air force exercises with Russia in two months in the South China Sea, where China-US strategic competition is especially tense with highly visible confrontations. The ‘strategic partnership of all-round cooperation’ between China and Russia is becoming more and more prominent and extensive due to its strategic and military contents and at the least close to quasi-alliance targeting the US and its strategic allies.

In short, amid changes in global political culture and turbulent relations between powers, it is unprecedentedly difficult to create, readjust and implement rules of global governance. Whether there will be progress in global governance will first of all depend on whether all important countries are able to block and then reverse the changes and turbulences. Efforts must be made to resist the populist, nativist and nationalist political culture that is expanding and increasing throughout the world and efforts must be made to strive for stability and improvement of major-power relations, especially those between China and the US and between Russia and the US. These efforts are necessary and valuable and may well produce important local successes.